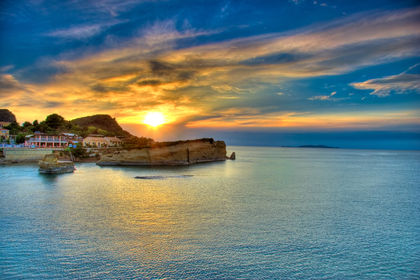 Among Greece's principal environmental problems are industrial smog and automobile exhaust fumes in metropolitan Athens. Over half of all industry is located in the greater Athens area. From June to August 1982, the air pollution became so oppressive that the government closed down 87 industries, ordered 19 others to cut production, and banned traffic from the city center. In July 1984, the smog again reached the danger point, and 73 factories were ordered to cut production and cars were banned from the city. In January 1988, the number of taxis in the center of Athens was halved, and private cars were banned from the city's three main thoroughfares. The smog regularly sends hundreds of Greeks to the hospital with respiratory and heart complaints. Greece is among the 50 nations with the world's highest levels of industrial carbon dioxide. In 1992, it ranked 37th, with emissions totaling 73.8 million metric tons, a per capita level of 7.25. In 1996, the total rose to 80.6 million metric tons. Greece's pollution problems are the result of almost complete disregard for environmental protection measures during the rapid industrial growth of the 1970s, compounded by unbalanced development and rapid, unregulated urban growth. Water pollution is a significant problem due to industrial pollutants, agricultural chemicals such as fertilizers and pesticides, and sewage. The Gulf of Saronikos is one of the most polluted areas because 50% of Greece's industrial facilities are located there. Greece has 54 cu km of renewable water resources with 81% used for farming and 3% used for industrial purposes. The nation's cities produce about 3.5 million tons of solid waste per year. Government policies have emphasized rational use of natural resources, balanced regional development, protection of the environment, and increased public participation in environmental matters. Four environmental and planning services were consolidated under the Ministry for Physical Planning, Housing, and the Environment.

In 2001, 13 of Greece's mammal species and 10 of its bird species were endangered. Six types of reptiles and 16 types of freshwater fish were also endangered. Of the nation's 4,000-plus plant species, 446 were threatened with extinction. Endangered species include the Mediterranean monk seal, the hawksbill turtle, Atlantic sturgeon, and the large copper butterfly.

Hi people.That is so cool don't you think? I never knew anything about that, now I do.
2
lollipop

This is so awesome I love Greece. I agree with u ashley!
3
mikwe

This was great information! I filed out most of my assignment, and I found out information that was actually useful! Thanks guys!
4
KayQue

So sad they have such disregard! but its great info!!! :D
5
mike

Some of the environmental issues that are curntly and in the past plagued greece.
6
GLand

Thankyou so much! this was so useful! It is really sad but it is a good thing that the government worries about it and does something.
7
samantha

Interesting! I never knew that but now I do. Thank you for that information.
9
Julia

this is a very good website. i am working on a report that is about athens
15
Anynomous

This information was very useful for my school power point thank you for who ever wrote this I am definitly going to get an A!
16
something

I used this for my exam on culture and environment on a chosen country and I choose Greece! I found this very helpful and managed to get an A so thank you!
18
IM

You saved my science essay! Thank you so much definitely am gonna use you again!!!
19
sheeeeep greiger

This information is really great and thank you so much for the help. this is helping me with my geography assignment on santorini.
20
That kid

Saved my history project and my grades and my home life from being grounded thx ;)