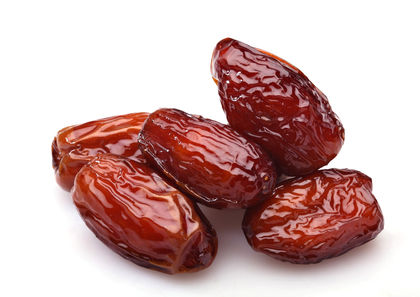 Only about 81,000 hectares (200,000 acres) of land are cultivated. About 24% of cultivated land is used to grow vegetables, 30% fruit, 10% feed crops, and 36% for other uses. The most productive region is Ra's al-Khaimah, which receives underground water supplies from the nearby mountains of Oman and which enjoys the most plentiful rainfall. The main crops are tomatoes, melons, and dates.

The Ministry of Agriculture and Fisheries reported a 48% increase in vegetable production between 1992 and 1995. Dates, traditionally grown on oases by nomads, are becoming less important because of vegetable and fruit production. In 1999, the UAE produced 295,000 tons of dates. The UAE currently satisfies about 60% of its domestic fruit and vegetable demand; bans on imports of certain vegetables and government incentives and subsidies are used to encourage domestic production. Roses and chrysanthemums are grown for export to Europe.

Exellent article, I think that the United Arab Emirates need a donor country or farms, inwhere they have guarantee supply grains and oilseeds for the next generation, investments world wide in crop farms and breeding farms will be a boost in the future from the Arabian countries.

There are agri models, soils for dessert to cropland and that can be interesting as well for the Middle East and UAE. a view years ago in 2002 we start in the UAE with a view pilots, with good results RAK red-sand and a mixture/blend from other soils makes a good basis and less water use as well.
3
Godwin Stanley

Hi,
My name is shiraz ahmed I want to know as mention above in the article that uae agriculture dept encourages the buduins to join this field so my question is that if any expatriate wishes to get some land for cultivation purpose is there any possibility if yes then what is the procedure and what will be the support uae agriculture dept provide and what kind of crops cultivation will be encouraged.

HI,
MY name is said from africa iwould like to supply you with the above hortcultural produces what steps can take because ihave them in plenty iwill be happy if you reply me
6
r

NICE ARTCLE, INTERESTING I WOULD LIKE TO INCOURAGE YOU TO WRITE MORE OF THESE ARTICLES
7
Vivek

Very informative article. It is really good to know that even UAE produces so much fruits & vegetables.
8
AB

Greetings from Canada! When I was manager of a new greenhouse operation in Al Ain 30 years ago, ( at that time Sheikh Sayed was encouraging his citizens to take up farming) we were producing 30 tonnes per acre of tomatoes and cucumbers. At that time I was an organic grower and found it difficult to grow with chemicals. I am even more convinced that this method of growing food in the Emirates is the way to go. If anyone remembers Col. Boustead (he managed the stables for Sheikh Sayed) he was of the same opinion, and used the manure from the stables on his own garden. The growing of wheat was started near our farm in Al Ain and in my opinion was a big mistake. It took too much water and was not a profitable crop for the climate. The only people, in my opinion who benefited from it were the companies that unfortunately were persuasive enough to get the lucrative contracts. However, since then great strides have been made, but many farm owners have abandoned their farms because of management problems or unprofitability. This is a shame because there is so much potential that I believe local farmers could produce much more than 50% of fresh produce consumed in the Emirates. I am thinking of family farms, with animals, and everything organic returned to the soil. I have been using bio-char on my nursery in British Columbia, Canada, together with rock dust, kelp and compost, for the last 15 years and know that this would work in the Emirates. Bio-char is a charcoal made from organic materials, crop residue, weeds, wood waste animal manure and even sewage(this would only be used on non-food crops). Bio-char has a very large surface area and it makes an attractive home for the bacteria that extract the nutrients from the soil and feed the plants. It is also an excellent filter and also helps to retain moisture. In greenhouses if used under the soil the excess water is cleaned and using a system of drains can be recycled again and again. I hope that the Emirates continue to prosper. I loved my time there and if I was younger I would definitely return.
Sincerely,
Ken Bourne. BC. Canada
PS. If anyone there knows about the Royal stables I would love to know whether the lovely stallion called Turk (at the "French farm") had any offspring. I would love to know as I was offered this horse but was unable to accept the kind offer.
10
manahil

i love this article, i had to submit my project the next day and i did not find it anywhere exept this website.
11
Dinky

The article excellent and best for school students
12
ankush

i luv dis article,u should add the pic of the uae and mark where which crops are grown
13
SOUKEYNA CHIMERE DIAW

I am an agronomic engeneer with qualification in management here in senegal with twelve(12years)experiencies in rural development.
I am very interesting for a job in the division of project coordonator in agriculture even livestock in your activities area.
I wish to have soon your feedback
kinds
regard
soukeyna chimere diaw
14
LooLoa

What about the water problem? How can it ever be sustainable to grow crops in a country with such dire water problems? The undergrounds water is already badly depleated, salinity is increasing and using desalinated water means it would be better to just fly the produce into the country as far as CO2 is concernced.
15
GUY

Im from Zimbabwe I also want to start farming so im looking for investor in the form of agricultural equipment,i've got enough land and plenty of water
17
Aliza

Hi! It's a very useful article..I liked it very much..
Thanks.:-)
18
Jayadev Nambiar

I liked it a lot and wished to collect a information like in this website.Thanks
19
shifan

Wow! good job! you make my school work easier than i thought. Thank You so much!!
22
dohgh

i relay liked this information
and thanks for this
23
Arham

What services does the ministry of fields and agriculture offer to the farmers???
24
Ssebina joseph

I want to start importing inorganic products from Uganda to uae ,what would be the procedures to follow
25
Alex

My family already owns a 20 acre farm.
I am looking for an investor who together we can set up a farm in Kenya.
26
Mayanja joseph

Hi,
My name is Reddy I want to know as mention above in the article that uae agriculture dept encourages the buduins to join this field so my question is that if any expatriate wishes to get some land for cultivation purpose is there any possibility if yes then what is the procedure and what will be the support uae agriculture dept provide and what kind of crops cultivation will be encouraged
28
Sirajudheen

I am interested to start cultivation in Emirates, is there any details of the crops which is suitable for this climate and what type of plantation can be done as I saw one of the comment as there is a great investment on water and is there soils suitable for farming in Emirates.

Thank you in advance.
29
Faseelath

I live in Digdagah and passionate about kitchen garden. Recently planted passion fruit, growing well so far. Just want to know if it can thrive in hot summer.
30
imran

i am interested to start fodder crops in Emirates, is there any details of the crops which is suitable for this climate and what type of plantation