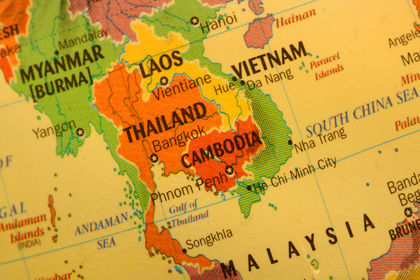 Thailand's capital city, Bangkok, is located on the Gulf of Thailand coast.

this page real helpful 4 my thailand assignment. dis site helpful as... 4 your project on any country. go!
2
Anna

This article helped me a lot! I had to figure out like a ton of stuff about Thailand for a report and it just helped like a lot!
3
emma

this deos help me alot because i have a project due tomorro that is on thailand and i have to find the population.

i really need to find the size of thailand and this paged gives alot of information thnxs :P
5
alberto

this helps me a lot, i have a report and i have to finish it really sooon
6
John

Hey this article helped a lot! i have a project on Thursday and all the other sites had use less info on Thailand's size. thanks a lot!
8
Paolo

this is very fantastic all the things i need is here it is detail correctly
THANKS A LOT!!!!!!!!!!!
9
raj

i really need to find the size of thailand and this paged gives alot of information thnxs :P
10
kylie

wow that info was amazing that help me ALOT u should post more fact like the population.
12
Hannah

I love all the information you give me for my project, but i can never find the latitude and longitude for thailand. Can you please post that information?
16
Little Mrs. Princess

Thank you so much I have a Report due on Friday and I got it done cuz of this website! WOO HOO!!!
17
Lachy

This website was so helpful in finding the information for my Thailand Assignment thats due next week. Thank-you website

I basically used this article to write my doctoral dissertation. Thanks!
19
zachary

very nice and informative well done keep this work up