Some historians believe a town was founded on the Singapore Island as early as the 7th century, while other sources claim that "Singapura" (Lion City) was established by an Indian prince in 1299. Historians believe that during the 13th and 14th centuries, a thriving trading center existed until it was devastated by a Javanese attack in 1377. Singapore, however, was virtually uninhabited when Sir Stamford Raffles, in 1819, established a trading station of the British East India Company on the island. In 1824, the island was ceded outright to the company by the Sultan of Johore, the Malay state at the extreme southern end of the Peninsula. In 1826 it was incorporated with Malacca (Melaka, Malaysia) and Penang (Pinang, Malaysia) to form the Straits Settlements, a British Crown Colony until World War II. The trading center grew into the city of Singapore and attracted large numbers of Chinese, many whom became merchants.

With its excellent harbor, Singapore also became a flourishing commercial center and the leading seaport of Southeast Asia, handling the vast export trade in tin and rubber from British-ruled Malaya. In 1938, the British completed construction of a large naval base on the island, which the Japanese captured in February 1942 during World War II, following a land-based attack from the Malay Peninsula to the north.

Recaptured by the United Kingdom in 1945, Singapore was detached from the Straits Settlements to become a separate crown colony in 1946. Under a new constitution, on 3 June 1959, Singapore became a self-governing state, and on 16 September 1963, it joined the new Federation of Malaysia (formed by bringing together the previously independent Malaya and Singapore and the formerly British-ruled northern Borneo territories of Sarawak and Sabah). However, Singapore, with its predominantly urban Chinese population and highly commercial economy, began to find itself at odds with the Malay-dominated central government of Malaysia. Frictions mounted, and on 9 August 1965, Singapore separated from Malaysia to become wholly independent as the Republic of Singapore. Harry Lee Kuan Yew, a major figure in the move toward independence, served as the country's prime minister from 1959 until 1990. Singapore, Indonesia, Malaysia, the Philippines, and Thailand formed the Association of South-East Asian Nations (ASEAN) in 1967.

The People's Action Party (PAP) founded in 1954 has been the dominant political party winning every general election since 1959. The PAP's popular support rested on law and order policies buttressed by economic growth and improved standards of living. Although the PAP regularly carried 60–75% of the popular vote, it managed to capture virtually all seats repeatedly in the National Assembly. The PAP won all parliamentary seats in the general elections from 1968 to 1980. In the 1981 by-election J. B. Jeyaretnam, secretary-general of the Workers' Party, won a seat; he maintained it in the 1984 general election. Chiam See Tong, leader of the Singapore Democratic Party (SDP), won another seat for the opposition in the same election. ( See Political Parties and Government.) In March 1985 the third state president, Devan Nair, former trade unionist and member of the Singapore's "old guard," resigned from office under allegations related to alcoholism. The new president, Wee Kim Wee, took office in August. In May and June 1987 the government detained 22 persons under the Internal Security Act (ISA) for alleged involvement in a "Marxist conspiracy." These detentions triggered international protests by those critical of the government's abuse of human rights, including detention without trial and allegations of torture. Most of the alleged conspirators were released by December, but eight were rearrested in April 1988 after issuing a joint press statement regarding the circumstances of their detention. Two of the eight remained in custody until June 1990.

The September 1988 general election took place under an altered electoral system that increased the total seats in parliament from 79 to 81. The new constituencies consisted of 42 single-member districts and the reorganization of the other 39 seats into 13 group representation constituencies (GRCs). Teams of three representatives for each party contested the GRCs; at least one of which must be from an ethnic minority, i.e., non-Chinese. Ostensibly these changes were to ensure minority participation, but at the same time small and/or resource-poor opposition parties were handicapped by a requirement to field three candidates.

In November 1992 the media announced that Deputy Prime Minister Lee Hsien Loong (son of Lee Kuan Yew) and Ong Teng Cheong were diagnosed with cancer. (The former was pronounced fully cured in 1994, but has been little seen in political circles.) On 28 November 1990 Lee Kuan Yew, prime minister of Singapore for over thirty-one years, transferred power to Goh Chok Tong, the former first deputy prime minister. Lee remained in the cabinet as senior minister to the prime minister's office and retained the position of secretary-general of the PAP. Singapore's first direct presidential elections were held on 28 August 1993 with Ong Teng Cheong becoming the first elected president.

An incident that garnered worldwide attention was the Singapore government's arrest in October 1993 of nine foreign youths charged with vandalism involving the spray painting of some 70 cars. Michael Fay, an 18-year-old American student and the oldest in the group, was suspected to be the leader. Under police interrogation Fay admitted his guilt, pleaded guilty in court to two counts of vandalism and one count of receiving stolen property. In March 1994 Fay was sentenced to four months in prison, a fine of US $2,230 and six strokes of the cane. On 7 March 1994 President Clinton urged Singapore to reconsider the flogging of Fay amid a failed appeal. A plea to the Singaporean president for clemency was rejected, but as a "goodwill gesture towards President Clinton," the sentence of caning was reduced 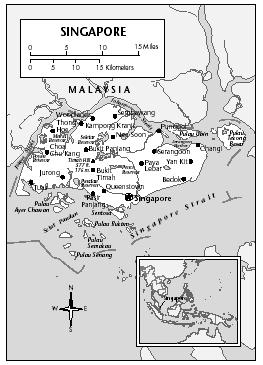 from six strokes to four. The sentence was carried out on 5 May 1994.

In 1994, Singapore made international news when the government sued the International Herald Tribune for libel over an editorial the paper published suggesting that Prime Minister Goh was simply a figurehead and that ultimate power rested, as it always had, with Senior Minister and former Prime Minister Lee. The Singapore High Court, in a move that halted critical comments from the press, ruled in favor of the government and ordered the Herald Tribune to pay $667,000 in damages to Goh, Lee, and Deputy Prime Minister Lee. In 1995, the government again was criticized in the international press, this time in The New York Times , in which columnist William Safire called the country a dictatorship. Singaporean leaders took center stage in the international arena and proclaimed their right to reject Western values. They claimed that Asian values eschewed individual liberty taking precedence over social stability and that these values promoted an increasingly wealthy, clean, and hospitable city-state devoid of social pathologies that plague both the West and other large Asian cities. The subsequent sentencing, on December 1, 1995 of Nick Leeson, an investment banker who single-handedly destroyed Barings through speculative investments in the Japanese stock market, seemed to confirm the bankruptcy of individual greed.

Parliamentary elections were held in 1997 and, unsurprisingly, the PAP retained its vast majority—opposition parties won only 2 of 83 seats. One seat, that won by Tang Liang Hong, remained vacant in 1997 as Tang fled the country fearing government persecution—including lawsuits, freezing of bank accounts, and restrictions on travel— which began in earnest after his election. Tang's victory was seen as especially threatening to the rigid regime of the PAP because during the campaign Tang suggested that the English-speaking section of the ruling class monopolized power and that the Chinese needed to assert more control. These statements branded Tang as a Chinese chauvinist, an inflammatory label in the ethnically divided country.

In February 2000, finance minister Richard Hu rescinded some tax cuts introduced previously but also announced positive economic growth of 4.5% to 6.5% for calendar year 2000. Coming after two years of budgetary uncertainty related to the Asian economic crisis, the government also announced a budget surplus. As a result of the world economic slowdown in 2001– 2002, growth was expected to reach 3.1% in 2003 and accelerate to 5.1% in 2004.

On 28 April 2001, an unprecedented anti-government rally was held, the first legally sanctioned demonstration outside of an election campaign. Over 2,000 people gathered in support of opposition leader J. B. Jeyaretnam who faced bankruptcy and thus expulsion from parliament. Jeyaretnam owes hundreds of thousands of dollars in defamation lawsuits brought by senior government officials and their supporters.

In September 2001, Malaysia and Singapore came to a series of agreements over issues that had strained relations between them for years. Largely prodded by concern over the growing influence of Islam in Malaysian politics, Singapore agreed to a Malaysian proposal that the causeway linking the two countries be demolished and replaced by a bridge and undersea tunnel after 2007. Malaysia agreed to supply water to Singapore after two water agreements expire in 2011 and 2061. Also discussed were disputes over the use of Malaysian-owned railway land in Singapore, and requests by Singapore to use Malaysian air space.

On 3 November 2001, parliamentary elections were held in which the PAP won 82 out of 84 seats. Opposition candidates contested only 29 of the seats. The next elections are due to be held 25 June 2007.

Following the 11 September 2001 terrorist attacks on the United States, the US urged countries around the world to increase anti-terrorist measures they might take. Southeast Asia was a primary focus of attention. In May 2002, the 10 members of ASEAN pledged to form a united anti-terror front and to set up a strong regional security framework. The steps include introducing national laws to govern the arrest, investigation, prosecution, and extradition of suspects. As well, they agreed to exchange intelligence information and to establish joint training programs such as bomb detection and airport security. As of December 2002, 5 of the ASEAN nations (Indonesia, the Philippines, Malaysia, Cambodia and Thailand) had acceded to the "Agreement on Information Exchange and Establishment of Communication Procedures" to fight terrorism and other transnational crime. Singapore said it was not ready to join the pact.

In December 2001, Singapore arrested 15 individuals believed to be part of a terrorist cell with links to Osama bin Laden's al-Qaeda network. Two suspects were released, but the others belonged to Jemaah Islamiya (JI), an Islamic organization with cells in Singapore, Malaysia, and Indonesia. The cell's plot was to destroy key buildings in Singapore, including the American Embassy. JI's ambition initially was to create an Islamic Indonesia. However, the group expanded its goals to include an Islamic archipelago, Dauliah Islam Nusantara, to include Malaysia, the southern Philippines, and Singapore in a larger Islamic Indonesia. In August 2002, Singapore arrested 21 terrorist suspects who allegedly carried out "reconnaissance and surveys" of potential terrorist attack targets in Singapore. They were purportedly members of Jemaah Islamiyah.

WOW!singapore have so much history that i did not know , this is the best thing ever! and so cool!