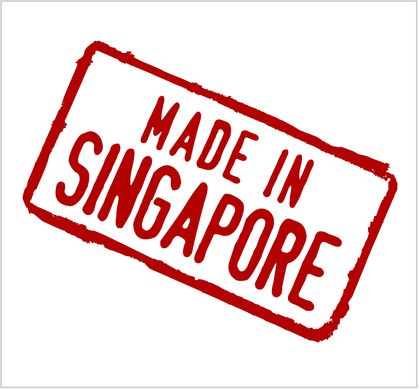 Technological change and political considerations in the post-World War II period—not least of all the nationalism that accompanied the quest for independence among the region's European colonies—have combined to alter dramatically the economic self-perception and public policies of this diminutive island-state. By the late 1950s, it was obvious that prospects for economic growth would be severely limited if Singapore remained bound by its old economic role as entrepôt . The decision to industrialize—and to do so rapidly—was deliberate policy. Initial emphasis in the government's economic development program was upon employment. The increasing trend toward economic self-sufficiency in neighboring Indonesia and Malaysia—and the steady retreat of the UK from defense responsibilities in the region as a whole (centered on its large Singapore naval and air facilities)—prompted the government to focus completely on finding alternative employment for the island's highly skilled and disciplined workforce. By the end of the 1960s, this problem was effectively solved, with Singapore boasting one of the lowest unemployment rates in all of Asia.

Emphasis in the mid-1970s was on labor skills and technology, especially as these were identified with such modern industries as machine tools, petrochemicals, electronics, and other precision work. A high level of participation by private foreign capital provided an important cornerstone to this development. In 1979, the government abandoned its earlier policy of stimulating low-wage industries and adopted a policy of encouraging capital-intensive and technologically sophisticated industries. Especially targeted for investment promotion in the 1980s were computers, computer peripherals, electronic medical instruments, automotive components, specialty chemicals and pharmaceuticals, and optical and photocopying equipment. Following the recession of 1985–86, the government concentrated on developing new markets and on turning Singapore into a manufacturing, financial, and communications center for multinational corporations.

In the 1990s the economic development strategy emphasized both the manufacturing and service sectors. The Economic Development Board (EDB), formed in 1961, has guided Singapore's industrialization. Early emphasis was placed on promoting investment in manufacturing. The Strategic Economic Plan (SEP) announced in 1991 focused on education and human resources to enhance export competitiveness. Emphasis on developing the service sector has been supported and enhanced by the Operational Headquarters (OHQ) program, encouraging companies to use Singapore as regional headquarters or as a central distribution center. The Creative Business Program promotes investment in the film, media, and publishing, arts and entertainment, textile, fashion and design sectors. Currently the EDB works toward Singapore's vision of its future as a developed country through the promotion of business. Singapore's globalization strategy hinges on making a transformation from a production-driven economy to an innovation-driven one. Other key elements of this strategy are the reversal of downward trends in productivity, and sustaining foreign investment in Singapore's capital investment. Singapore initiated the formation of a growth-triangle, linking Johor, Malaysia, Singapore and Indonesia's Riau province focusing on Batam Island. Singapore benefits by tapping a supply of low-wage workers and offshore land to sustain its more labor-intensive industries.

The Asian financial crisis was only a temporary setback for the healthy economy of Singapore. Roadblocks to further economic development include rising labor costs; which have threatened investment in Singapore's industrial sector, causing the government to implement strategies to cut costs and increase productivity. The rise of Singapore's currency has also prompted the dispersion of new industrial enterprises from the country, which the government has answered by promoting the development of high-capital industries.

The collapse of the dot.com bubble in 2001 presented a more serious challenge, particularly as subsequent events—the 11 September 2001 terrorist attacks on the United States and global uncertainties attending the confrontation with Iraq—have resulted in continued low export demand. As of 2003, the Singapore economy was set to register its second year of positive growth, although at the less than robust rate of 4.8%. At this point the government has not made any fundamental adjustments in its economic development strategy.

I have a high regard with the government of Singapore. May I know more of thier economic development scheme, why they gone so far? It is just for academic discussion.