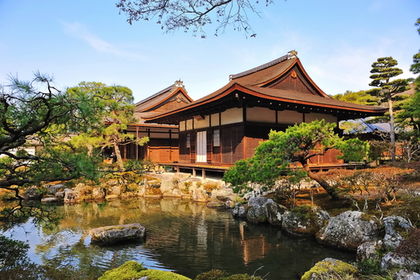 Rapid industrialization has imposed severe pressures on the environment. Japan's Basic Law for Environmental Pollution Control was enacted in 1967 and the Environment Agency was established four years later.

Air pollution is a serious environmental problem in Japan, particularly in urban centers. Toxic pollutants from power plant emissions have led to the appearance of acid rain throughout the country. In the mid-1990s, Japan had the world's fourth highest level of industrial carbon dioxide emissions, which totaled 1.09 billion metric tons per year, a per capita level of 8.79 metric tons per year. Air quality is regulated under the Air Pollution Control Law of 1968; by 1984, compensation had been provided to 91,118 air-pollution victims suffering from bronchitis, bronchial asthma, and related conditions. However, the "polluter pays" principle was significantly weakened in 1987 as a result of years of business opposition. Nationwide smog alerts, issued when oxidant density levels reach or exceed 0.12 parts per million, peaked at 328 in 1973 but had declined to 85 (85% of which took place in the Tokyo and Osaka areas) by 1986, following imposition of stringent automobile emissions standards.

Water pollution is another area of concern in Japan. The nation has 430 cu km of renewable water resources with 64% used in farming activity and 17% used for industrial purposes. Increase in acid levels due to industrial pollutants has affected lakes, rivers, and the waters surrounding Japan. Other sources of pollution include DDT, BMC, and mercury. Environmental damage by industrial effluents has slowed since the promulgation of the Water Pollution Control Law of 1971, but there is still widespread pollution of lakes and rivers from household sources, especially by untreated sewage and phosphate-rich detergents. Factory noise levels are regulated under a 1968 law. Airplanes may not take off or land after 10 PM and the Shinkansen trains must reduce speed while traveling through large cities and their suburbs.

Most of the nation's forests, which play a critical role in retarding runoff and soil erosion in the many mountainous areas, are protected under the Nature Conservation Law of 1972, and large areas have been reforested. Parks and wildlife are covered by the National Parks Law of 1967. In 2001, 6.8% of Japan's total land areas was protected. Japan, one of the world's chief whaling nations, vigorously opposed the 1982 resolution of the IWC calling for a phaseout of commercial whaling by 1986/87. However, since most of its trading partners, including the United States, supported the measure and threatened retaliatory measures if whaling continued, Japan finally agreed to comply with the ban.

This came in handy. And Thanks, I needed this too. For a Class room based assessment
2
Erika

Thanks this is very helpful. I'm doing a Classroom Based Assessment for history with Kayla too
3
Ashley

Thanks, Came in handy for my CBA! Now I have some more info!
5
DEEPTANSHU

thanks it came in handy for my pimail of its trading partners, including the United States, supported the measure and threatened retaliatory measures if whaling continued, Japan finally agreed to comply with the ban.

Thnx a bunch, man. I needed this info for my environmental geography project on Japan. :)
Really appreciate the fact that you put this up. Plez keep posting, this all came in handy and no worrys i put this site on my sources ;) Im not one to steel info.
8
Chloe

Thank you so much. Using this for a school project. Due tomorrow, just finishing off the last bits and it works amazingly! Can you do some bits on China please? I would appreciate it! :) Hope you don't mind me using your info?
9
ggg

I love your website. I was on this website to help me with my 10 paragragh cba. There is always room for improvement. keep going strong in the lord and keep your heart in mind on him always. may god be with you always. (JESUS CHRIST)
11
Taylor

The second to last word in the 3rd paragraph should not be there.
13
Elena

I had to write a report about Japan. Thank you for the info.
14
Lune

Thank you so much! It really help me about my assignment in my college, it's trully usefull for me, once again thx so much, i owe u! =)
15
Omar

Thanks u helped me fin my homework.
;D
I did homework about environmental problems facing the earth.
16
Jeremy

Looks like we all came because of a "CBA", I'll just add to all the envy of the page; I found much of this information helpful Thank You for spending the time to make/write this.
17
suba

thank u help my japanese assessment in my collage.
18
chael

Thanks i have to do a report on
japan. I love Japan a lot so itt was the one i had to pick but i didn't know so much about the county until now thank you.-

These came pretty handy for my my japanese project!
20
Kelli

Thank you ! other websites dont work , im glad i came to this one :)
21
Project due tomorrow

Thx so much! i needed it for Japan project and this helped alot! So thx all over again! XD =)
22
Jacob

Thank you this site was really what I needed to finish my report on Japan over Japan's environment.
23
Jacob

Thank you this site was really what I needed to finish my report on Japan over Japan's environment.
24
Good'ay Mate

thanks a bunch mate.
really helped for my Japanese- Australia project that i have to do for school.
25
Raveness

Thx for that I need it for a secondary project and I'm doing JAPAN!!-Raveness
26
Tahls

This helped me so much, especially how there aren't many reliable resources or many in availability on Japans environment and the issues.
27
aye

this helped a lot! i am doing a Japan country report.
32
blake

Why study when you could fap to your satisfaction?! You could share it with someone too! Worst information about seex ever
35
katsumi

thank you very much for this amazing source. very helpful
37
Rex

This will be helpful in my project. the leader of my group wanted me to do some more work on Japan.
38
raphaela

Thanks! this really helped me with my enviroment project
40
lelianna

the website really helped me thanks :) for my assignment
41
Malia

best info ever. needed this kind of info and this is the best site I've read all day.
42
Lindsay

Great information this really helped me in my assignment
43
oof

Thanks for the free information! it was very helpful - MIT is my goal yay!

I cant with my teacher he is giving us 3 1/2 day to write a 15-page assignment. Research and all. But this definitely helped
46
KyKy

This really helped me with my CBA! Thanks for all your help
49
Memer

Thank you! Helped me with my Japan Australia exchange research !

I have a Japan project for social studies in my school! this was so helpful thank you!
55
Nehan

This was really helpful for a Japan projects.
Thanks for spending your time on this :)
56
Lani

Thankyou for the info, it helped alot with my geography assessment :)