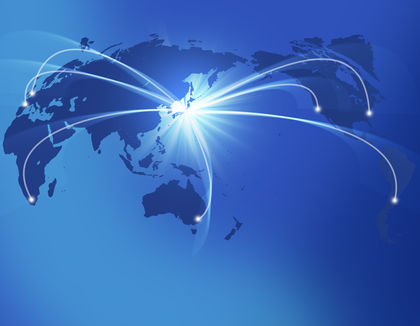 Japan's phenomenal economic growth since the 1950s has been based on an efficient blend of two economic tendencies. First is government activism in national planning and implementation, with guidance of the largely free economy via sophisticated and powerful monetary and fiscal policies. Second is the distinctively Japanese way of coupling largely private ownership of assets with conservative, public-spirited management. Especially significant is the role of the Ministry of International Trade and Industry (MITI), which coordinates national industrial policies consistent with economic and social growth. In a unique government-industry collaboration sometimes referred to overseas as "Japan, Inc.," MITI selects and nurtures industries targeted as important to Japan's future economic growth. Industries so targeted have included chemicals, iron and steel, shipbuilding, and transistor radios in the 1960s; automobiles and electronics in the 1970s; and computers, computer chips, and other high-technology industries for the 1980s. In addition to stimulating new industries, MITI also smoothes the way for plant closings and worker retraining in industries targeted for de-emphasis, such as textiles in the 1970s and the ailing coal-mining and shipbuilding industries in the 1980s. Most recently, MITI has also assumed an active role in lessening Japan's positive trade imbalances through a variety of import promotion measures, in collaboration with both domestic companies and foreign firms. Close ties between government and industry are illustrated by the ministries' issuance of informal "administrative guidance" to Japanese companies, the frequent placement of retired bureaucrats in Japanese companies and trade associations, and the delegation of quasi-regulatory authority to trade associations (which are often allowed to devise and regulate their own insider rules).

The objectives of maintaining rapid GNP growth, controlling inflation, and developing Japan's social and industrial infrastructure have been the concern of the Economic Planning Agency, which produced the successful Ikeda plan (to double the national income between 1961 and 1970) and releases projections of key indicators at frequent intervals. In the main, the Ikeda plan consisted of a series of projections of growth in a free market economy, with the basic assumption—the continued growth of Japan's overseas trade—largely outside of government control. During the plan's 10-year span, an annual growth of 11% in GNP was realized, as against the forecast rate of 7.2%. An economic and social development plan (1967–75) accomplished a GNP growth rate of 10.6%, as against 8.2% projected.

A second economic and social plan (1970–75) projected a continued annual growth rate of 10.6%. The 1973 world oil crisis and its aftermath severely shook Japan's trade-dependent economy, however; in 1974, the GNP actually shrank by 1.8%, the first such negative growth in three decades. In 1975, the cabinet approved a new economic and social plan for 1979–85 calling for an average annual growth rate of 5.7%. However, the impact of the second oil crisis in 1978 necessitated downward revisions of projected growth targets. Plans to stimulate the economy by increasing public-works spending and cutting taxes were approved in October 1983 and in May 1987. Also enacted in 1989 was a value-added tax to strengthen the government's revenue base while allowing reductions in personal and corporate income tax.

In 1988, a five-year plan was adopted to sustain real GNP growth at 3.8% per year, maintain low unemployment (2.5% per year), contain inflation, reduce the country's trade surplus, and improve the quality of life through a shorter work week and stabilized property prices. Many these objectives were achieved or surpassed in the closing years of the decade. After 1992, however, the economy's downturn was likened by some analysts to the 1974 recession in its severity and length. Economic indicators included steep declines and sluggish recovery in the stock market index since 1989, falling real estate prices, as well as a shrunken rate of GNP growth, despite surging exports. To prompt a recovery, the Ministry of Finance approved large stimulus packages for 1992 and 1993, totaling $85.6 billion and $119 billion in expenditures, respectively. Under the Structural Impediments Initiative, the government sought to sustain growth while also reducing the country's external trade imbalances. Among the main steps taken under the Initiative was a 10-year program targeting the expenditure of up to $8 trillion for the construction or renovation of airports, bridges, roads, ports, telecommunications systems, resorts, retirement communities, medical facilities, and other forms of public infrastructure development. Real growth during the 1990s hovered around 1% a year. The reasons for this are not as clear as in the 1970s when oil interruptions slowed the pace of development. Since Japanese wages have been rising, wage pressures are creating a higher cost for business, which would tend to make Japan less competitive in a world that is becoming increasingly more competitive. The Asian Tigers such as Singapore, Taiwan, or Hong Kong, have seen their economies grow at a much higher rate than Japan and China's economic growth rate of 10% a year during the 1990s. In 1999, Japan began a tentative recovery from its longest and most severe recession since the end of World War II.

Japan's financial assistance to developing countries and international agencies has grown significantly in recent years, making it one of the world's leading donor countries and its largest net creditor. The government has committed itself to large increases in official development assistance to developing countries and multilateral agencies since the late 1980s. In 1991, ODA totaled $11.0 million, as compared with $3,797 million in 1985. Private outflows in 1991 totaled $11.1 million, as compared with $8,022 million in 1985. ODA projects in the construction sector totaled $9 billion in 1997. Among the top recipients of bilateral ODA from Japan were Indonesia, China, the Philippines, Thailand, Bangladesh, and Malaysia. Japan's increasing financial assistance to developing countries like China and Indonesia is an indication that the Japanese government is willing to sacrifice short term gain for longer term prosperity and stability. In essence, Japan is helping to create viable trading partners; and since Japan is a trading state, this strategy will enhance Japan's economic development over the long term.

nice. it help us students to understand more about the economics development of japan.
4
Mary Ann