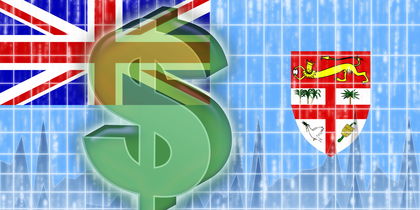 Under the development plan for 1986 to 1990, the government emphasized diversification of industries and expansion of tourism, and set the goal for real GDP growth at 5% annually. Four key areas that were supported for future economic growth were domestic and foreign development in the sugar sector; trade liberalization in major export markets; the resolution of industrial disputes; and the replacement of middle-level skills lost to emigration caused by political turmoil. During the 1990s, Fiji attempted to diversify its economy away from the sugarcane industry by focusing on the garment manufacturing and exporting trade. Bad weather conditions and political turmoil conspire to hinder economic development in the future.

im doing my english project and my theme is ECONOMIC DEVELOPMENT IN FIJI but my topic is based on SCHOOL ZONING IN RURAL AREAS. Its just that im asking for help if anyone can give me informations based on school zoning
2
mereoni waqatabu

i am also doing this project and i need information on how to begin with this project.pls reply
3
Diana Hills

im also doing the same thing(same theme) & can anyone tell me if Unemployment affects the Economy?
4
Silivenusi Baledrokadroka

Im also doing the same project and i need information to further my project..
5
DUDI

I need more information about this project to further my project.
6
MANIX

am in form 7 and ma theme is econnomic development in fii .break it down ma topic is potatoe farming in fiji and its impact to the economic growth. I need infor for this topiic
8
alisi

well im in the same form as apisai and also doing the same theme but my topic is about employment unravelling in my area meaning that due to economic development in the area, employment has been created for those living in the area. but i can`t seem to find enough information and so like everyone else, i also need more information on my topic..
9
the destructor

im doing a project in english on the theme: "ECONOMIC DEVELOPMENT IN FIJI" and i need information on this theme to write up a good project.
10
bill

i m doing a project on economic development in Fiji and my topic is focus on small business like canteen and market vendors so i m asking for your assistance.
11
darolin vinisha

im also doing this theme which is Economic Development in Fiji but i actually cannot find a particular topic for this theme...could you give any suggestions ?? thanks you!!
13
gloria raiwale

WHAT HAS THE CONTRIBUTION OF SCHOOL CANTEEN TO THE ECONOMIC DEVELOPMENT OF THE GOVERMENT OF FIJI?
14
milly

im also doing this theme and my topic is based on bus fare ticketing so i need assistant on how to start on this topic because it is too general pliz help?
17
dee

im doing a project based on economical development but the contribution of the tourism sector..so could you please put up some facts and figures on this,..
18
mereoni teqe

Iam doing my projet theme on the 'ECONOMIC DEVELOPMENT IN FIJI its a bit challenging for me my topic is the pearl farming in Kioa island.can any one help me gather sum information.please reply
22
nem

im doing economic development as my theme in form 7 english project... having my theme as the dalo marketing i would like to ask for your assistant ;)
24
RKAY

I'M DOING MY PROJECT BASED ON ECONOMIC DEVELOPMENT AND THE THEME IS THE BENEFITS OF E-TICKETING. I WOULD LIKE TO ASK FOR YOUR ASSISTANCE ON HOW TO GO ABOUT IT
25
dolcy

im doing economic development as my theme in form 7 english project... having my theme as the dalo farming i would like to ask for your assistant ;)
26
y.k

im doing economic development, and my topic is based on tourism in Taveuni. since i'm new here, i really need your help.
27
kkk

im doing economic development, and my topic is based on tourism i really need your
help.
28
Fee

I'm also doing Economic Development in Fiji and i definitely need help in finding more information on how tourism helps in the Economic Growth.
29
nikki

M DOING MY ENGLISH PROJECT THAT IS BASED ON ECONOMIC DEVELOPMENT IN FIJI.THE TOPIC IS ABOUT THE BENEFITS OF DIGICEL MOBILE NETWORK TO FIJIS ECONOMY AND I REALLY NEED YOUR HELP..
30
Katrina Dee

I am doing this English Project about Economic Development In Fiji and i really need your help in achieving my project...so i really need answers
31
cmex

Im doing an english project based on the theme "Economic Development In Fiji" and my topic is "The Importance of Tourism In Fiji". I really need information on this topic
32
shelly