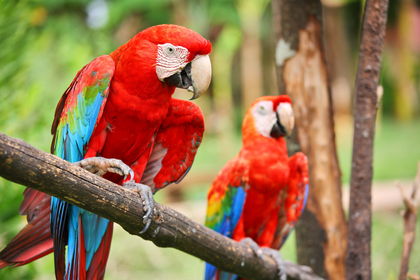 Pressing environmental problems—such as urbanization, the unrestricted use of pesticides, the pollution of waterways with untreated industrial wastes, increasing air pollution and gasoline consumption by automobiles, and the uncontrolled exploitation of soil and forest resources—led the government in 1976 to establish the Ministry of Environment and Renewable Natural Resources. The basic legislative instrument is the Organic Law of the Environment; other laws govern the protection of soils, forests, and water supplies, regulate public sanitation, and seek to prevent the contamination of waterways by oil. Incentives are offered to industry to avoid environmental damage. Air pollution results from the activity of power plants and from industrial and vehicle exhaust emissions In 1996, industrial carbon dioxide emissions totaled 144.5 million metric tons. Water pollution is caused by contaminants from the oil industry, mining activity, and industrial chemicals. The nation's cities also produce about3.6 million tons of solid waste per year. Venezuela has 846 cu km of renewable water resources with 46% used for farming activity and 10% for industrial purposes. As of 2000, 85% of urban dwellers and 70% of the rural population had access to safe drinking water. Between 1990-1995, deforestation occurred at an average annual rate of 1.1%. Measures designed to prevent forest depletion include suspension of logging permits and a large-scale afforestation program. In the Andes area, Venezuela loses up to 300 tons of soil per hectare due to land erosion by rivers. A shrinking oil market reduced funding for the Ministry of Environment in the 1980s to the detriment of its reputation as a model for the third world.

Your note about environmental problems in Venezuela is a issues which has not received much attention from private and goverment iniciatives to protec the native wildlife health. A great effort should be done to activily develop Ecotoxicological research programs for the identification of both toxicity and potential biological impacts of xenobitics on wild species ... All the contaminant products you indicated are known to contain endocrine disrupting chemicals,which have adverse effects in an intact organism or its progenie. This may possible account the problem of venezuelan biodiversity...Osmar Nusetti.Ph.D
3
Batman

This article helped me to understand these environmental problems of Venezuela. I liked it very much.