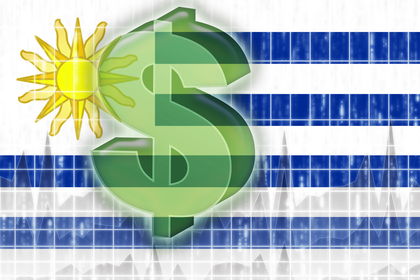 Imports have been stimulated by falling tariffs, the ongoing implementation of MERCOSUR agreements, revaluation of the Uruguayan peso, and gradual liberalization of the economy. Rising imports of consumer goods reflect pent-up demand, while increased imports of capital goods reflect the need to upgrade industrial facilities to meet foreign competition. In the first half of 1999, Uruguay's exports declined by 25%. The nation's trade deficit nearly doubled between 1998 and 1999 as a result of the international financial recession.

Trade with Brazil and Argentina accounts for about half of Uruguay's trade. Principal trading partners in 2000 (in millions of US dollars) were as follows: 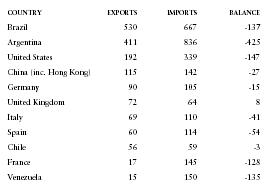 This is a great article! Its full of helpful information. The only thing that would make it better is if it also included the imports of Uruguay.