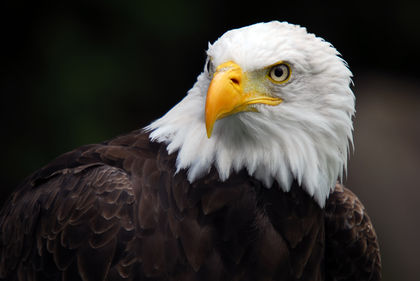 At least 7,000 species and subspecies of indigenous US flora have been categorized. The eastern forests contain a mixture of softwoods and hardwoods that includes pine, oak, maple, spruce, beech, birch, hemlock, walnut, gum, and hickory. The central hardwood forest, which originally stretched unbroken from Cape Cod to Texas and northwest to Minnesota—still an important timber source—supports oak, hickory, ash, maple, and walnut. Pine, hickory, tupelo, pecan, gum, birch, and sycamore are found in the southern forest that stretches along the Gulf coast into the eastern half of Texas. The Pacific forest is the most spectacular of all because of its enormous redwoods and Douglas firs. In the southwest are saguaro (giant cactus), yucca, candlewood, and the Joshua tree.

The central grasslands lie in the interior of the continent, where the moisture is not sufficient to support the growth of large forests. The tall grassland or prairie (now almost entirely under cultivation) lies to the east of the 100th meridian. To the west of this line, where rainfall is frequently less than 50 cm (20 in) per year, is the short grassland. Mesquite grass covers parts of west Texas, southern New Mexico, and Arizona. Short grass may be found in the highlands of the latter two states, while tall grass covers large portions of the coastal regions of Texas and Louisiana and occurs in some parts of Mississippi, Alabama, and Florida. The Pacific grassland includes northern Idaho, the higher plateaus of eastern Washington and Oregon, and the mountain valleys of California.

The intermontane region of the Western Cordillera is for the most part covered with desert shrubs. Sagebrush predominates in the northern part of this area, creosote in the southern, with saltbrush near the Great Salt Lake and in Death Valley.

The lower slopes of the mountains running up to the coastline of Alaska are covered with coniferous forests as far north as the Seward Peninsula. The central part of the Yukon Basin is also a region of softwood forests. The rest of Alaska is heath or tundra. Hawaii has extensive forests of bamboo and ferns. Sugarcane and pineapple, although not native to the islands, now cover a large portion of the cultivated land.

Small trees and shrubs common to most of the United States include hackberry, hawthorn, serviceberry, blackberry, wild cherry, dogwood, and snowberry. Wildflowers bloom in all areas, from the seldom-seen blossoms of rare desert cacti to the hardiest alpine species. Wildflowers include forget-me-not, fringed and closed gentians, jack-in-the-pulpit, black-eyed Susan, columbine, and common dandelion, along with numerous varieties of aster, orchid, lady's slipper, and wild rose.

An estimated 432 species of mammals characterize the animal life of the continental United States. Among the larger game animals are the white-tailed deer, moose, pronghorn antelope, bighorn sheep, mountain goat, black bear, and grizzly bear. The Alaskan brown bear often reaches a weight of 1,200–1,400 lbs. Some 25 important furbearers are common, including the muskrat, red and gray foxes, mink, raccoon, beaver, opossum, striped skunk, woodchuck, common cottontail, snowshoe hare, and various squirrels. Human encroachment has transformed the mammalian habitat over the last two centuries. The American buffalo (bison), millions of which once roamed the plains, is now found only on select reserves. Other mammals, such as the elk and gray wolf, have been restricted to much smaller ranges.

Lakes, rivers, and streams teem with trout, bass, perch, muskellunge, carp, catfish, and pike; sea bass, cod, snapper, and flounder are abundant along the coasts, along with such shellfish as lobster, shrimp, clams, oysters, and mussels. Garter, pine, and milk snakes are found in most regions. Four poisonous snakes survive, of which the rattlesnake is the most common. Alligators appear in southern waterways and the Gila monster makes its home in the Southwest.

Laws and lists designed to protect threatened and endangered flora and fauna have been adopted throughout the United States. Generally, each species listed as protected by the federal government is also protected by the states, but some states may list species not included on federal lists or on the lists of neighboring states. (Conversely, a species threatened throughout most of the United States may be abundant in one or two states.) As of August 2003, the US Fish and Wildlife Service listed 987 endangered US species (up from 751 listed in 1996), including 65 mammals (64 in 1996), 78 birds (77 in 1996), 71 fish (69 in 1996), and 599 plants (432 in 1996); and 276 threatened species (209 in 1996), including 147 plants (94 in 1996). The agency listed another 517 endangered and 41 threatened foreign species by international agreement. 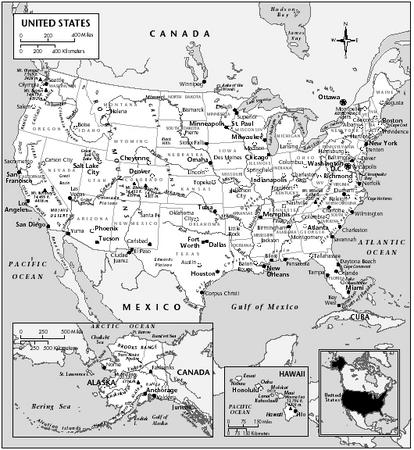 awesome work bro love the site it was great. i found so much info from this very helpful (very helpful indeed) :)
2
anjana

i'm doing a project about geography of United States and this is the only site I can find really helpful information. thanks!