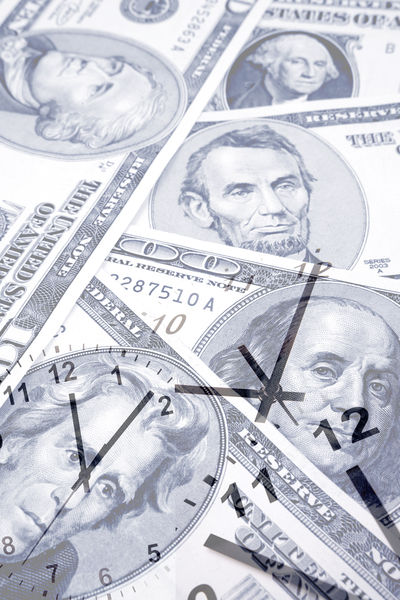 In variety and quantity, the natural resources of the United States probably exceed those of any other nation, with the possible exception of the former Soviet Union. The United States is among the world's leading exporters of coal, wheat, corn, and soybeans. However, because of its vast economic growth, the United States depends increasingly on foreign sources for a long list of raw materials including oil.

By the middle of the 20th century, the United States was a leading consumer of nearly every important industrial raw material. The industry of the United States produced about 40% of the world's total output of goods, despite the fact that the country's population comprised about 6% of the world total and its land area about 7% of the earth's surface. In recent decades, US production has continued to expand, though at a slower rate than that of most other industrialized nations.

Inflation has not been as significant factor in the US economy in the 1990s as it was in the 1970s and 1980s. The US inflation rate tends to be lower than that of the majority of industrialized nations. For the period 1970–78, for example, consumer prices increased by an annual average of 6.7%, less than in every other Western country except Austria, Luxembourg, Switzerland, and West Germany, and well below the price increase in Japan. The double-digit inflation of 1979–81 came as a rude shock to most Americans, with economists and politicians variously blaming international oil price rises, federal monetary policies, and US government spending.

The United States entered the post–World War II era with the world's largest, and strongest, economy. Public confidence in both business and government was strong, the nation enjoyed the largest peacetime trade surplus in its history, and the gross national product grew to a record $482.7 billion by the end of the 1950s. In the sixties the country enjoyed the most sustained period of economic expansion it had known, accompanied by rising productivity and low unemployment. Real income rose 50% during the decade, and US investment in foreign countries reached $49 billion in 1965, up from $11.8 billion in 1950. Big business and big government were both powerful forces in the economy during this period, when large industrial corporations accounted for vast portions of the national income, and the federal government expanded its role in such areas as social welfare, scientific research, space technology, and development of the nation's highway system.

After two decades of prosperity, Americans experienced an economic downturn in the 1970s, a period known for the unprecedented combination of lagging economic growth and inflation that gave birth to the term stagflation . Foreign competitors in Japan and Europe challenged the global dominance of American manufacturers, and oil crises in 1973–74 and 1979 shook public confidence in the institutions of both government and business. The forced bailouts of Chrysler and Lockheed were symbolic of the difficult transition to a new economic era, marked by the growing importance of the service sector and the ascendancy of small businesses.

During Ronald Reagan's first presidential term, from 1980 to 1984, the nation endured two years of severe recession followed by two years of robust recovery. The inflation rate was brought down, and millions of new jobs were created. The economic boom of the early and mid-eighties, however, coincided with a number of alarming developments. Federal budget deficits, caused by dramatic increases in the military budget and by rising costs of entitlement programs such as Medicaid and Medicare, averaged more than $150 billion annually. By 1992, the total deficit reached $290 billion, or $1,150 for every American. In addition, corporate debt rose dramatically, and household borrowing grew twice as fast as personal income. The eighties also witnessed a crisis in the banking industry, caused by a combination of factors, including high inflation and interest rates, problem loans to developing countries, and speculative real estate ventures that caused thousands of banks to fail when the real estate boom of the early eighties collapsed.

The disparity between the affluent and the poor widened in at the end of the 20th century. The share of the nation's income received by the richest 5% of American families rose from 18.6% in 1977 to 24.5% in 1990, while the share of the poorest 20% fell from 5.7% to 4.3%. Externally, the nation's trade position deteriorated, as a high level of foreign investment combined with an uncompetitive US dollar to create a ballooning trade deficit. In 1990, the American economy plunged into a recession. Factors contributing to the slump included rising oil prices following Iraq's invasion of Kuwait, a sharp increase in interest rates, and declining availability of credit. Output fell 1.6% and 1.7 million jobs were cut. Unemployment rose from 5.2% in 1989 to 7.5% in 1991, but had fallen to 4.5% by 1998.

The recovery that began in March 1991 inaugurated a sustained period of expansion that, as of mid-2000, was the third longest since World War II, characterized by moderation in the key areas of growth, inflation, unemployment, and interest rates. Real GDP growth, which fluctuated between 2% and 3.5% throughout the period, was 3.9% for 1998. After peaking at7.5%, unemployment declined steadily throughout the early and mid-1990s, falling to 5.6% in 1995, 5.3% at the end of 1996, and in 1998, remaining below 5%. After 1993/94, inflation mostly remained under 3%. One exception to the generally moderate character of the economy was the stock market, which rose 60% between 1995 and 1997, buoyed by the combination of low unemployment and low inflation, as well as strong corporate earnings. By 1999/2000, stock market growth had slowed somewhat. Further cause for optimism was the bipartisan balanced-budget legislation enacted and signed into law in 1997. The plan, combining tax and spending cuts over a five-year period, was aimed at balancing the federal budget by 2002 for the first time since 1969. In early 2001, the government projected a budget surplus of $275 billion for the fiscal year ending that September. That projection would soon be reversed.

At the beginning of the 21st century, significant economic concerns—aside from the inevitable worry over how long the boom could last without an eventual downturn—included the nation's sizable trade deficit, the increasing medical costs of an aging population, and the failure of the strong economy to improve conditions for the poor. Since 1975, gains in household income were experienced almost exclusively by the top 20% of households. However, in the late 1990s and early 2000, productivity was continuing to grow, inflation was relatively low, and the labor market was tight.

Economic growth came to a standstill in the middle of 2001, largely due to the end of the long investment boom, especially in the information technology sector. The economy was in recession in the second half of 2001, and the service sector was affected as well as manufacturing. The 11 September 2001 terrorist attacks on the United States exacerbated the poor economic situation. Average real GDP growth rose by only 0.3% in 2001. The US economy, which had driven global economic growth during the 1990s, became the cause of a worldwide economic downturn, including in the rest of North America, Europe, Japan, and in the developing economies of Latin America and Southeast Asia strongly influenced by trends in the US economy.

The economy began to recover, slowly, in 2002, with GDP growth estimated at 2.45%. Analysts attributed the modest recovery to the ability of business decision-makers to respond to economic imbalances based on real-time information, on deregulation, and on innovation in financial and product markets. Nevertheless, domestic confidence in the economy remained low, and coupled with major corporate failures (including Enron and World Com) and additional stock market declines, the recovery remained sluggish and uneven. Growth slowed at the end of 2002 and into 2003, and the unemployment rate rose to 6.3% in July 2003. The CPI inflation rate fell to under 1.5% at the beginning of 2003, which raised concerns over the risk of deflation. As well, there was a substantial rise in military spending as a result of the 2003 war in Iraq.

Following the war in Iraq, consumer spending rebounded, as did stock prices; the housing market remained strong; inflation was low; the dollar depreciated on world markets; additional tax cuts were passed; there was an easing of oil prices; and productivity growth was strong. As a result of these factors, many analysts predicted a more favorable economic climate for 2004. Nevertheless, in 2003, the federal budget deficit was projected to reach $455 billion, the largest shortfall on record.

hecks yea! this is very informative. i would love to learn more.
3
nelson j.

i love america and i love the economy! i wish more people did.
4
sakatia

This is article is is helpful to me because im doing research about inflation in the U.S and how it is play a big role today
5
Brian Fernando

Dude, this has helped me in my college reports, I love this, very detailed in an easy to read format
6
Jim

yeah, it's really useful for my research paper , but it would be better, if you had info about closer to the 2006-2012 time period=) thanks
7
Kennedy Turner

very good info. thank you. It really helped me with my research paper