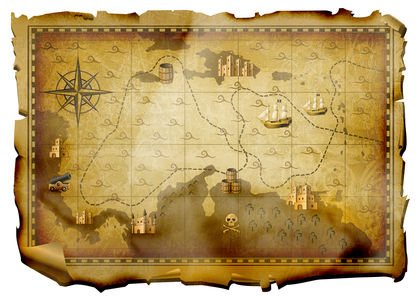 Jamaica was discovered by Christopher Columbus in 1494 and was settled by the Spanish in the early 16th century. The Spanish used the island as a supply base and also established a few cattle ranches. The Arawaks, who had inhabited the island since about AD 1000, were gradually exterminated, replaced by African slaves. In 1655, the island was taken over by the English, and the Spanish were expelled five years later.

Spain formally ceded Jamaica to England in 1670 by the Treaty of Madrid. The island became a base for English privateers raiding the Spanish Main. A plantation economy was developed, and sugar, cocoa, and coffee became the basis of the island's economy. The abolition of the slave trade in 1807 and of slavery itself in 1834 upset Jamaica's plantation economy and society. The quarter million slaves were set free, and many became small farmers in the hill districts. Freed slaves were replaced by East Indians and Chinese contract workers.

The economy suffered from two developments in mid-century: in 1846 the British rescinded favorable terms of trade for Jamaica, and the union blockade during the US Civil War limited commercial options for the island. Bankruptcies and abandonment of plantations followed, and dissension between the white planters and black laborers led to a crisis. An uprising by black freedmen at Morant Bay in 1865 began a struggle that necessitated the imposition of martial law. Parliament established a crown colony government in 1866, and Jamaica's new governor, Sir John Peter Grant, introduced new programs, which included development of banana cultivation, improvement of internal transportation, and reorganization of government administration. Advances in education, public health, and political representation pacified the island.

These measures did not resolve Jamaica's basic problems, stemming from wide economic and social disparities, and social unrest came to the surface whenever economic reverses beset the island. The depression of the 1930s, coupled with a blight on the banana crop, produced serious disruption and demands for political reform. A royal commission investigated the island's social and economic conditions, and recommended self-government for Jamaica. A Jamaica legislative council committee concurred, and in 1944, Jamaica had its first election. The contenders in that election were two recently formed political parties, the People's National Party (PNP), led by Norman W. Manley, and the Jamaica Labour Party (JLP), founded by Manley's cousin, Sir Alexander Bustamante.

During the 1950s, the bauxite industry and the tourist trade assumed prominent roles in the economy. The economic gains from these enterprises did little to solve Jamaica's underlying economic problems. Jamaica joined with other British Caribbean colonies in 1958 to form the Federation of the West Indies, but in a referendum in 1961 a majority of Jamaicans voted for withdrawal from the federation. The governments of the UK and Jamaica accepted the decision of the electorate, and Jamaica became an independent state on 6 August 1962, with dominion status in the Commonwealth of Nations. The PNP had supported the federation concept, so the JLP became the independence party, and Bustamante became the nation's first prime minister.

The JLP held power through the 1960s. Donald Sangster became prime minister in 1965 and was succeeded by Hugh Shearer, also of the JLP, two years later. In February 1972, the PNP regained a majority in Parliament, and the late Norman Manley's son, Michael, headed a new democratic socialist government.

Manley moved to nationalize various industries, and expanded Jamaica's programs in health and education. Manley placed price controls on a number of key products and provided consumer subsidies for others. Internationally, Manley established friendly relations with Cuba, which the United States decried. Deteriorating economic conditions led to recurrent violence in Kingston and elsewhere during the mid-1970s, discouraging tourism. By 1976, Jamaica was faced with declining exports, a critical shortage of foreign exchange and investment, an unemployment rate estimated at 30–40%, and rampant currency speculation.

The PNP nevertheless increased its parliamentary majority in the December elections that were held during a state of emergency. Tourism suffered another blow in January 1979 with three days of rioting in Kingston, at the height of the tourist season. Meanwhile, Manley quarreled with the IMF. The IMF responded to Jamaica's request for loan guarantees by conditioning acceptance on a set of austerity measures. Manley refused to initiate many of the market-oriented measures the IMF was demanding.

Manley called for elections in the fall of 1980. The campaign was marred by somewhere between 500 and 800 deaths, and was further inflamed by PNP claims that the CIA was attempting to destabilize its government. The opposition JLP won a landslide victory, and Edward Seaga became prime minister and minister of finance. He announced a conservative economic program that brought an immediate harvest of aid from the United States and the IMF. In October 1981, Jamaica broke off diplomatic relations with Cuba, and two years later it participated in the US-led invasion of Grenada.

In December 1983, Seaga called for elections, which the PNP boycotted, leaving the JLP with all 60 seats in the House of Representatives. Seaga then implemented an IMF plan of sharp austerity, pushing the economy into negative growth for two years. In May 1986, Seaga turned away from the IMF, announcing an expansionary budget. The JLP nevertheless suffered a sharp loss in July parish elections, with the PNP taking 12 of 13 municipalities. By January 1987, a new IMF agreement was in place, but their political position continued to slide.

The 1989 elections were a good deal less tumultuous than expected. The two parties reached an agreement to control their respective partisans, and election violence was minimal. The rhetoric was also considerably less inflammatory, as the PNP's Manley ran as a more moderate candidate. Citing the deterioration of social services under Seaga, and promising to attract foreign capital, Manley was returned to the prime ministership as the PNP took a powerful 45-seat bloc in the House of Representatives. Manley reversed many of Seaga's policies, but by 1992, inflation was on the rise and the economy slowed. Unemployment hovered around 20%. Manley retired in 1992, leaving the government to Percival J. Patterson.

Patterson moved further to the right from Seaga, encouraging more market-oriented reforms. Within a year of taking office, he called for elections, in which violence erupted anew and 11 died in campaign-related killings. The PNP increased its parliamentary margin to 52–8, a small consolation for a government besieged by serious political, social, and economic problems.

Political violence resurged in 1996, following the establishment in 1995 of two new political parties, the Jamaica Labour Party and the rival National Democratic Movement. Clashes between party regulars in Kingston and Spanish Town led to 10 deaths in a six-month period. Vigilante killings in response to a high crime rate were also the norm in 1995 and 1996, with police reporting 22 such killings in that span.

In March 1997, former prime minister and PNP founder Michael Manley died. In the December elections that year, the PNP remained the dominant party. It was the first time a Jamaican political party had won a third consecutive legislative victory. The ruling party also swept local elections in September 1998. However, it presided over an increasingly troubled country, with continued economic contraction and an escalating crime wave, much of it attributable to rival gangs that had begun as armed militias created by the major political parties in the 1970s and later evolved into highly powerful organized crime networks engaged in international drug smuggling and other illicit activities. In the first half of 1999 alone, an estimated 500 Jamaicans had been killed in gang-related violence. In addition, rioting followed the announcement of a 30% gasoline tax increase in April. With export revenues driven down by low prices and high costs, and tourism hurt by rising violence, an economic recovery was seen as unlikely before 2001.

The PNP continues to dominate Jamaican politics. In the most recent elections in October 2002, the PNP captured 52.2% of the vote, winning 34 seats in the 60-member Assembly. The prime minister is PNP leader Percival James Patterson. After three years of economic stagnation, Jamaica has shown some timid signs of economic recovery, but the crisis in the tourism industry will likely continue to hurt that country's economy in the future.

Iwould like to know when did Jamaica first borrowed from the I.M.F,THE ARTICLE IS WELL SAID , HOWEVER I AM MORE OPTIMISTIC ABOUT THE FUTURE.
2
Beverley Hanson

I need information about a so-called Furniture Scandal that took place in Jamaica in the early 1990s. Who was involved? Which political party was governing when the scandal/corruption happened?