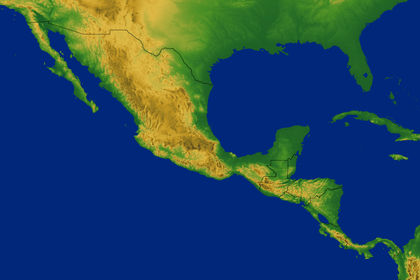 Under the terms of an arbitration award made by Alfonso XIII of Spain in 1906, Honduras received a portion of the Mosquito (Miskito) Coast, or La Mosquitia, north and west of the Coco (Segovia) River. Citing Honduras's failure to integrate the territory, Nicaragua renewed its claim to the entire Mosquito Coast in the 1950s and brought the case to the International Court of Justice (ICJ). In February 1957, Honduras created the new Department of Gracias a Dios, made up of the former Mosquitia territory. The ICJ determined in 1960 that Nicaragua was obligated to accept the 1906 arbitration ruling concerning that country's boundary with Honduras. The judges ruled, by a vote of 14–1, that once a valid arbitration award was made in an international dispute, it became effective, and remained so, despite any lapse of time in carrying it out.

The two tiny Swan Islands (Islas del Cisne), lying at 17°23′ N and 83°56′ W in the west Caribbean Sea some 177 km (110 mi) NNE of Patuca Point, were officially ceded by the US to Honduras on 20 November 1971. For administrative purposes, they are included under the Department of Islas de la Bahía, whose capital is Roatán on Roatán Island. The Swan Islands had been effectively held by the US, which asserted a claim in 1863 to exploit guano, and had housed a weather station and an aviation post.

The capital city of Honduras, Tegucigalpa, is located in the south central part of the country.

I am also doing a Honduras project for spanish class, this helped, thanks.
3
Sierra Wallace

I think that this website helped me alot because it gave some helpfull information on Honduras and my spanish teacher teaches me really good :)