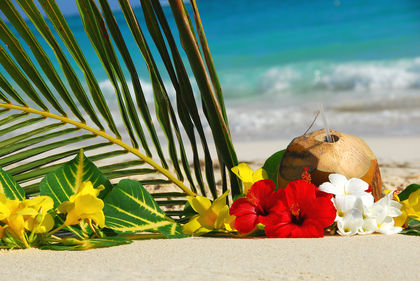 According to an AID report, Haiti "is suffering from a degree of environmental degradation almost without equal in the entire world." The virgin forests that once covered the entire country have now been reduced to 4% of the total land area. According to United Nations sources, Haiti loses 3% of its forests every year. Deforestation has had a disastrous effect on soil fertility, because the steep hillsides on which so many Haitian farmers work are particularly susceptible to erosion. The nation loses1.35 tons of soil per square kilometer yearly. Agricultural chemicals, such as DDT, are widely used in Haiti. These pollutants plus the use of oil with high lead content are a significant source of pollution. Not only has much of the topsoil been washed away, but the eroded slopes retain little rainfall and are vulnerable to flooding. The chief impediment to reforestation is the fact that Haiti is so intensely cultivated that allocation of land for forests means a reduction in the land available for crop growing and grazing. Foreign organizations have attempted to alleviate these problems. In 1981, an $8 million Agroforestry Outreach Project, funded primarily by the US, helped farmers plant trees throughout Haiti—over 4.5 million seedlings by 1983. The government also agreed to set up the nation's first two national parks with funding from the US Agency for International Development. However, as of 2001, only 0.3% of Haiti's total land area was protected. Water quality is also a serious environmental problem. Haiti has 12 cu km of renewable water resources with 94% used for farming activity. Only 49% of the nation's city dwellers and 45% of the rural population have pure drinking water.

As of 2001, four species of mammals, eleven bird species, and six types of reptiles were endangered. Endangered species in Haiti include the tundra peregrine falcon, Haitian solenodon, green sea turtle, hawksbill turtle, and American crocodile. At least 13 species have become extinct, including the Caribbean monk seal, imposter hutia, and the Haitian edible rat.

very good information
thank you for helping me on my tough project!
2
carrie

thanks helped so much with my assignment great info
5
Pikachu

Thank you! I was really struggling with my school project!
6
whittney