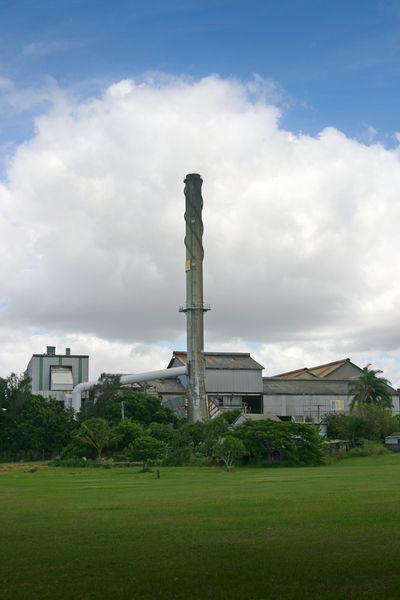 All Cuban industrial production was nationalized by March 1968. Industry accounts for approximately 35% of GDP.

Cuba had 156 sugar mills in 1985, and at that time, about 10% of exports from the then-USSR to Cuba consisted of machinery for the sugar industry. Other food processing plants produced cheese, butter, yogurt, ice cream, wheat flour, pasta, preserved fruits and vegetables, alcoholic beverages, and soft drinks. Light industry comprises textiles, shoes, soap, toothpaste, and corrugated cardboard boxes. Other industries are petroleum products (Cuba has four oil refineries with a total production capacity of 301,000 barrels per day), tobacco, chemicals, construction, cement, agricultural machinery, nickel, and steel production. In the mid-1990s, tourism surpassed sugar processing as the main source of foreign exchange, although the government in 2002 announced plans to implement a "comprehensive transformation" of the sugar industry, including the closing of almost half the existing sugar mills. Although 1.7 million tourists visited the country in 2000, bringing in $1.9 billion, the global economic slowdown in 2001 and the 11 September 2001 terrorist attacks on the US negatively impacted Cuba's tourism industry.

An influx of foreign investment followed the passage of new investment laws after 1993.

Your site is great. Your Info is better than many other history websites.
3
Hayley

Omg, thank you so much for posting this!
It helped me out for my geography report so much!

I agree better than Wikipedia plus on wikipedia some of the stuff is expired. But I need more stuff:)
5
Jordan

I'm doing a school report about cuba and this really helped Thanks : P
6
thetti

Thanks
It'll help on my Cuba project! Keep up the good work and rock on!
7
Sarah

thxx, i need the info 4 a spanish packet, i'll credit the site. oh is it just me, or are the comments having issues? as in, it appears to me that some are IN the text box...
8
Carlos

OMG! this website is so amazing. lol I love it hehe. i will so recomend it to others.
9
Pablo

I had to do a project on Cuba and its industries and this website gave me lots of good information!
:D
11
Sugar factory

Can you help me to find email address of sugar factory in Cuba.. I will be highly appreciate.
12
May

this is a great site i am doing this last minute just as well lol :)
15
monique

this is ganna give me a A+ on my school project! Thank you soo much. :)
16
larissa

Thank you this will help me on my report on cuba. thank you so much.
18
robby

Thank you so much!!!
It really helped for my research