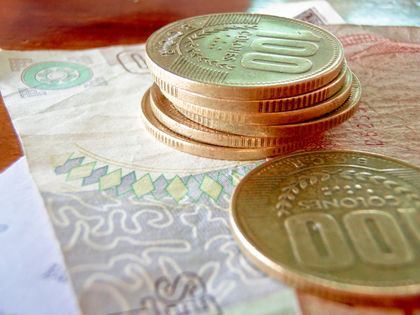 Imports consist mainly of raw materials for industry and mining, followed by consumer goods and capital goods for industry, mining, and transportation. Major suppliers include the US, Mexico, Venezuela, Japan, Spain, Guatemala, and Germany.

In 1996, falling terms of trade due to lower international prices for coffee, beef, and sugar, and the drop in banana production, caused traditional exports to perform less well than in previous years. However, the growth of non-traditional exports picked up part of the slack, despite some adverse effects from much-enhanced competitiveness of competing Mexican exports. Despite the economic recession, the value of imports of goods increased by 16% in 1996, well above the 8% for the previous year. A major factor was the substantial increase in international fuel prices and a relatively strong local currency. As a result, the trade deficit worsened from 1995 by almost 117% to $76 million.

The value of imports continued to rise into 1998, by after 1997 the value of imports as compared to exports was balanced. Exports in 1999 climbed above imports because of the sale of computer chips, but in 2000 the trade deficit returned.

In 2000 Costa Rica's imports were distributed among the following categories:

Expensively Madam, Sirs,
We appear us, we are two French students, in training course of international trade in Colombia in a company which exports bags of leather craft.
At present, our work consists in looking for the conditions required to export of Colombia towards other countries of Americas among which Costa Rica.
And thus, we would like to know if there are agreements between these 2 countries and the modalities which it is necessary for the customs.

Thank you in advance of all the help that could you bring us.

This article was extremely helpful and was perfect information.
3
chris halstead

this article was really helpful for my exam i had and i got 89% THANKS SO MUCH!!!
4
Chesah Gilbert

I am a BBA student in Centria University of applied sciences Finland (DD program) and i am carrying out research on Costa Rica's main Export and Imports 2013. I must say am very grateful to the author of this article cause it has really facilitated my finding. I will like to request for information on Costa Rica's strength and weaknesses in international Business 2013. Thanks

This article was very interserting and helpful to me.