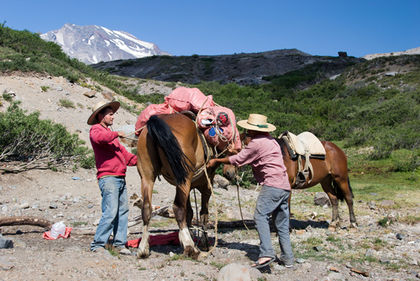 Chile's first national hero was the conquistador Pedro de Valdivia (1500?–53), who founded Santiago in 1541. The Indian leader Lautaro (1525–57), another national hero, served Valdivia as stable boy and then escaped to lead his people to victory against the Spanish. His exploits are celebrated in the great epic poem La Araucana by Alonso de Ercilla y Zúñiga (1533?–96), a Spanish soldier. Bernardo O'Higgins (1778–1842), a leader of the fight for independence, was the son of the Irish soldier of fortune Ambrosio O'Higgins (1720?–1801), who had been viceroy of Peru. Diego Portales (1793–1837) helped build a strong central government. Admiral Arturo Prat (1848–79) is Chile's most revered naval hero because of his exploits during the War of the Pacific. Arturo Alessandri Palma (1868–1950), who became president in 1921, initiated modern sociopolitical reform. Salvador Allende Gossens (1908–73), the Western Hemisphere's first freely elected Marxist head of state, served three years as Chile's president (1970–73), initiating a broad range of socialist reforms and dying in the throes of a violent military coup in September 1973. The coup's leader was Gen. Augusto Pinochet Ugarte (b.1915), a former commander-in-chief of the army. Outstanding church figures have been Crescente Errázuriz (1839–1931), archbishop of Santiago, and his successor, José Cardinal Caro (1866–1958). Benjamin A. Cohen (1896–1960) was an undersecretary of the United Nations.

Three distinguished historians, Miguel Luis Amunátegui (1828–88), Diego Barros Arana (1830–1907), and Benjamin Vicuña Mackenna (1831–86), brightened the intellectual life of the second half of the 19th century. José Toribio Medina (1852–1930) gained an international reputation with works ranging from history and literary criticism to archaeology and etymology. Important contemporary historians include Francisco Antonio Encina (1874–1965), Ricardo Donoso (b.1896), and Arturo Torres Rioseco (1897–1971), who is also a literary critic. Benjamín Subercaseaux (1902–73) was a popular historian as well as a novelist.

The first indigenous literary movement was that of the "generation of 1842." One of its leaders was the positivist writer José Victorino Lastarria (1817–88). The novelist and diplomat Alberto Blest Gana (1830–1920) wrote panoramic novels about Chilean society in the tradition of Balzac. Twentieth-century writers include novelist Eduardo Barrios (1884–1963), an explorer of the abnormal psyche; Joaquín Edwards Bello (1887–1968), an author of realistic novels of urban life; the symbolic novelist, poet, and essayist Pedro Prado (1886–1952); and José Donoso (1925–96), perhaps the best-known contemporary novelist.

This helped with my spanish project too! thanks for writing this :)
4
ginny

Great Job!Thanks so much for making this page it helped me so much on my spanish project too!
5
michele

hi
my name is michele and this is a good article. i learned alot bout this article how people from chile is and thrir culture
6
smart

thanks for the post. helped me with my spanish project
7
pinecone

This is sooo helpful!!! It helped me with my project on chile!
8
ChileChick

Thank you so much, I got the best grade in my class because of you!!
9
FahaD 6BS

THank you so much! it helped me on my chile project!
10
Billy Ray Cyrus

thanks this really helped before this all i had was a book and my project was so boring. but i cant use a pillow today. i sing in spanish every friday. you should come see me!
11
Lindsay

I was actually looking for some people my class may have heard of. Thank you for the help, anyway.
12
selena

DUDE THIS HELPED ME OUT ALOT!! I USED IT FOR MY SPANISH PROJECT :) THANKS
13
sally

thank you very much for the post it helped me on my spanicsh project.
14
MORGAN

Thanks this helped me on my Chile project at skool and im in 7th grade reading this lol! thanks
15
the illest $teven

its funny that we all needed it for our projects. i gotta get back to finishing it
16
KATELIN

this helped a little and it was well writen but i would love it if you put information about the people in your article to. :) good job though!! :)
17
Roland

I was happy to see my father, Bnjamin A. Cohen is mentioned in this article. He was the first Assistant Secretary General of Public Information at the United Nations. He died when I was 8 years old (1960). He was a remarkable man.
18
Cray

I'm living in Chile now and this compact summary of famous Chileans is a great start to more reading & research!
19
AnaBanana

Wow I'm a 7th grader too and I needed this info for my Spanish speaking country.
20
me

everybody in the universe that read this has done a project on it. me too now. now i will not look at this page ever again because i realize noone cares about chile. (unleess the a live there or have a project) lololz. btw my bf is sexy as hell lol
21
chilemaster

omg this helped so much om my chile project.my teacher said i goy an a+ and if she could shed give me an a +++.