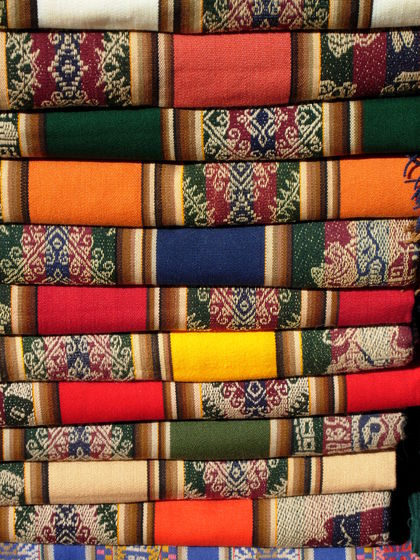 Bolivia depends primarily on its mineral exports, especially zinc and natural gas. Tin exports, which had been an integral part of the Bolivian export schedule, have been gradually decreasing since 1946. The 1985 devaluation of tin caused major problems in the Bolivian economy, and now tin plays a minor role in Bolivia's exports. Exports of natural and manufactured gas and petroleum are expected to surpass those of other minerals in the future.

As a member of the Andean Community, Bolivia has generally enjoyed free trade with Peru, Ecuador, Colombia, and Venezuela. As of March 1997, the Bolivian government was negotiating with MERCOSUR to enter into that trade agreement and expand its trade opportunities eastward. However, the United States remains Bolivia's chief trading partner.

Bolivia's main attraction, and export commodity, is its natural minerals, including zinc, and gold (12% and 5% of total exports, respectively). The country also exports natural and manufactured gas (9%) to neighboring Brazil through a newly constructed pipeline. Agricultural exports include wood, oil seeds, and animal feed (1.9%, 6.0%, and 10.1%).

In 2000 Bolivia's imports were distributed among the following categories:

This is very interesting.Thank you for filling me in on this topic for my school research project. You helped out a lot!
2
Oskari

Thanks! It was interesting, and it helped me a LOT with my school research project too! Thanks a ton, again!
3
Potatoess

Thanks a bunch, this was PERFECT for my report!
Adios!
4
kayla

what are their major imports? And also what is the dollar value of their exports and imports?
5
lollypop

thank you. It helped me so much. I'm doing a project for school
6
tinyt

thank you for doing this .it helped me with my reseach
8
Marlene Hislop

Does anyone know which percentage of Bolivia's minerals are consumed domestically?
9
andrew

I need the imports are they even in here? anyway this is good for my project anyway
10
Whushy

This Website really Helped me with my project at school! Thank you so much! The info was very accurate and the correct info i was looking for my project! Thanks a bunch! -WhushyðŸ’‹
11
jacob

awesome! thanks so much, helped me a ton for my school project!
12
jacob

awesome! thanks so much, helped me a ton for my school project!
13
Gabriel

Imports of Bolivia for those whom were asking and for others who will want to know. Petroleum oils, refined (19%), Cars (7%), Motor vehicles for transporting goods (4%), Wheat or meslin flour (3%), Automatic data processing machines (3%). For where this infortmation came from google what bolivia exports and its the link with "the observatory of economic complexety: Bolivia" in the title(due to this site i cannot post the actual link sorry) it also shows you the exports and with whom they trade the most with.
14
Isabella

Cool I used it for a school project. I hope everyone else gets good info to.
15
Jeff Galucci

amazing!, my husband and i used it for a trip there!!!
xoxo
jeff and joe