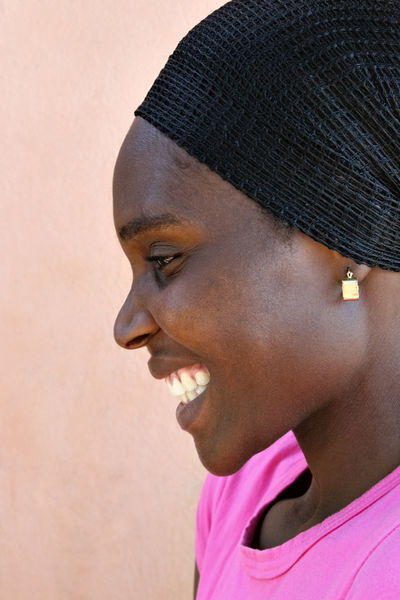 Historically, Christianity, brought into the region by Portuguese traders and Jesuit priests in the late 1500s, has been a dominant religion. About 60% to 70% of the total population belong to various Christian denominations, with the largest being Roman Catholic (between 17% and 27% of the population). Certain regions of the country have traditional links to specific denominations, based on "areas of interest," which were created by missionaries from groups such as the Catholics, Methodists, Anglicans, Dutch Reformed, and the Salvation Army. As a result, individuals will often claim adherence to their local denomination.

There is a small Muslim community, estimated at less than 1% of the population. They are primarily immigrants from South Asia, the Middle East, and North Africa. There are also small numbers of Greek Orthodox, Jews, Hindus, Buddhists, and atheists.

A good number of indigenous churches have developed from the mainstream Christian churches. The Zimbabwe Assembly of God adheres strictly to Christian tenets and opposes incorporation of traditional practices and beliefs. Other groups such as the Seven Apostles, provide a mixture of traditional religious practices with Christianity. An organization known as Fambidzano formed in the mid-1970s to serve as a support coalition of indigenous churches. One of the goals of the organization is to provide continuing theological and biblical education for church leaders.

Belief in and practice of traditional religions is thought to be quite widespread, as it is sometimes practiced in conjunction with other established belief systems. The belief in and respect for traditional healers resulted in the organization of the Zimbabwe National African Traditional Healers' Association (ZINATHA), which provides licensing and regulation of healers.

In response to widespread belief in and fear of witchcraft, the government has initiated the Witchcraft Suppression Act (WSA), which prohibits the practice of witchcraft, but also calls for prosecution of those falsely accusing others of the practice or engaging in witch hunts. The act has helped protect those, particularly women, who have been falsely accused of witchcraft. However, members of ZINATHA are seeking an amendment to the law that would redefine certain terms. The Act defines witchcraft as "the use of charms and any other means or devices adopted in the practice of sorcery." The proposed amendment would refocus the law to prohibit any practices that are intended to cause harm.

Though relations between religious groups are generally amicable, some tensions exist between Christians and practitioners of traditional religions. In particular, Christian churches oppose traditional practices that allow polygamy and refuse the use of modern medicine. Some tension exists between the government and indigenous religions which refuse to participate in public health and vaccination programs because of religious beliefs in healing through prayer alone.

useful info certainally will pass on to people. it helped alot alot alot
2
blood on the dance floor lover

this is good information. its so simple i can understand everything
4
kate

It helped a lot for my Zimbabwe project. Thank you so much!