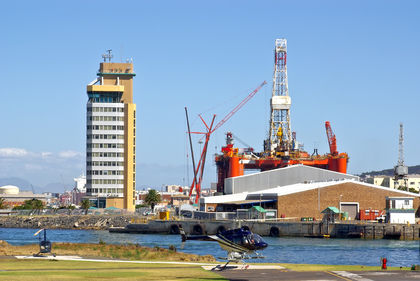 Mining was Zimbabwe's leading industry in 2002, contributing 27% of export trade. The chief minerals were coal, gold, copper, nickel, tin, and clay, and Zimbabwe was a world leader in the production of lithium minerals, chrysotile asbestos, and ferrochromium, with more than half of the world's known chromium reserves. Zimbabwe was self-sufficient in most minerals, producing 35 commodities from 1,000 mines, mostly small, and exporting 90% of its mineral output. The total value of mineral production exceeded $500 million per year, and the mining sector employed 60,000 people in formal operations; another 100,000–300,000 were thought to be informally employed intermittently in panning for gold. Of total exports of $1.92 billion in 1999, mineral and manufactured metal exports accounted for $550.8 million, down from $736.6 million in 1995.

The most important mineral was gold, valued at $194 million in 2000, down from $244 million in 1999. Gold was the second-leading export commodity ($230 million), followed by ferroalloys ($166.5 million), nickel ($48.1 million), asbestos ($35.8 million), iron and steel ($12.5 million), black granite as dimension stone, copper, diamond, coal, chromite, tin, and silver. Exports of polished granite were expected to reach $100 million in 2000. Steel production was the second-leading industry in 2002, and the manufacture of cement, chemicals, and fertilizers ranked fourth, fifth, and sixth, respectively.

The year 2000 was a difficult one for Zimbabwe and its mining sector, with a contracting economy, high unemployment, and a 60% inflation rate. The high costs of domestic borrowing, a severe shortage of fuels and spare parts, a foreign currency shortage, and military support for the civil war in Congo started to damage operations, and forced several small mines to close. Moreover, the state-sanctioned expropriation of commercial farmlands threatened to spill over to the mining sector, and the high incidence of HIV/AIDS—25% of the 15–49-year-old population was infected—added substantially to the mining sector's labor costs, through absenteeism, lost productivity, medical treatment, and skill replacement.

Production in 2000 declined by 17%–60% in nine major commodities: chromite, coal, copper, diamond, gold, iron ore, nickel, phosphate, and silver. The gold sector was one of the most affected sectors of the industrial economy in 2000—three major mines and several small operations, including the Connemara, the Eureka, and the Venice mines, closed—and gold production declined for the first time in 20 years. Output was 22,070 kg, down from 27,666 in 1999. Ashanti Goldfields Co. Ltd., of Ghana, had remaining measured and indicated mineral resources at Freda-Rebecca of 15.8 million tons (2.6 grams per ton of gold), of which 5.8 million tons (2.4 grams per ton of gold) were proved and probable. Ashanti was also exploring the nearby RAN gold-copper property.

Gold panning was legal, but, by the Gold Trade Act, the Reserve Bank of Zimbabwe had a monopoly on purchasing and exporting of all gold and silver produced in the country. The revised code also permitted unlimited foreign exchange to companies that exported more than 75% of their production, and mining companies were allowed to keep 5% of their export earnings, to buy imported raw materials. Coal deposits in the Hwange area were substantial.

Excess government intervention in the economy and in state-run industries has been a major contributor to the growing number of closed mines and suspended projects, undermining the ability of the mining sector to generate more than 25% of export earnings. The government has been making efforts to privatize its interests in the energy, mining, and rail sectors, and to loosen its foreign exchange rules. Although the short-term outlook was not favorable, the natural resource endowment and a well-developed infrastructure remained in place.

Does Zimbabwe still have quartz as mineral? If yes, what purity and how many tons it can produce annually?
2
Errol Smythe

Zimbabwe is rich in mineral wealth. those that are wise are booking flights and heading to Zimbabwe to get in front of the queue. Attractive Mining Incentive Schemes on the drawing boards will provide excellent employment opportunities. The $7 billion proposed railway line linking up Botswana, Zimbabwe and Mozambique will provide quick access for bulk goods to sea routes .The proposed upgrades of the Electricity Supply will see mineral production quadruple in a short space of time. Proposed drawing plans to upgrade the roads linking Zimbabwe to Saddc Countries will make Zimbabwe the Investment hub of the Southern Africa Region. Zimbabwe also has excellent tourists facilities. Zimbabwe has freindly people. There are an abundance of Christian Churches in Zimbabwe. God bless Zimbabwe.Amen and Amen.
3
B Chatendeuka

I am so proud of my beloved country Zimbabwe. l wish you best economy recovery.

God bless you! The world is aware that you were created and born rich.
5
scott

In the mining process of crushing stage, crusher equipment and crushing machinery are the key mining equipments for sale.
7
Mbizo Mpande

Zimbabwe on road to economic recovery has to adopt available technology and manpower resources and skills suitable for making direct immediate impact on economic stimulation.With Current Power outages affecting operations technology using generators and diesel engines as prime movers is and well suited as permanent solutions in most of our industries negatively impacting on production and sales.Well calculated researched economic growth path is required from those with knowledge especially the Diaspora who have acquired skills and knowledge to change fortunes for Zimbabwe.We should look at immediate solutions which can achieve desired GDP and economic stimulation,create much needed employment,eradicate rampant poverty and offer affordable cheaper materials for rebuilding infrastructure at 50-75% less current market values so as to excite construction development and also achieving 2020 housing for all objectives.We have this knowledge and skills to prevail not only for Zimbabwe but for the SADEC region ECO-WAS and COMESA as the economic and civil strife in these regions is a carbon copy for every Nation.Its sad that most economic forums and conferences are talk shows and lip sync events yielding good theoretical analysis of problems and not practical and on the ground Solutions.
8
Norman

how to improve small to medium mining equipment, improve makorokoza