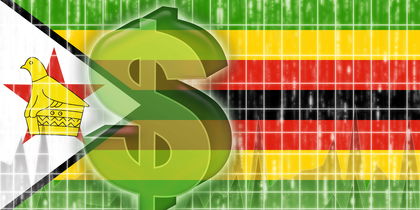 From independence in 1980 until 1991, the government was very defensive toward foreign investment, subjecting each proposal to careful scrutiny and requiring foreign investors to get permission from the Foreign Investment Center for the development of any new enterprise in Zimbabwe. Enterprises could be 100% foreign owned, especially in priority areas, but there was (and is) in effect a strong preference for joint ventures with at least 30% local participation.

In 1991 there was some revision of the regulations but the emphasis on indigenization remained at least as strong as the emphasis on the need to attract foreign investment. There is a long list of reserved sectors, but priority areas are offered a schedule of tax and tariff exemptions and incentives. Incentives are aimed at encouraging capital investments, the transfer of technology, the utilization of local raw materials, the development of rural areas, the use of labor-intensive methods, and the hiring of local personnel. Industries geared toward exporting that meet EPZ requirements receive tax holidays and customs free trade. In 1992, as part of a structural reform program under the IMF's Enhanced Structural Adjustment Facility (ESAF), the Zimbabwe Investment Centre (ZIC) was established as a one-stop shop for investment approval. In 1995, disbursements under the ESAF program were suspended for failure to meet IMF targets, and in 1996, the government substituted a second plan, the Zimbabwe Program for Economic and Social Transformation (ZIMPREST), whose operations investors have found much less satisfactory. By the late 1990s, political turbulence and the government's defiance of the IMF had greatly increased investor risk, and brought foreign direct investment flows to a standstill.

In 1998, foreign direct investment (FDI) in Zimbabwe totaled over $444 million; by 2001, FDI in-flow had fallen to $5.4 million. There has been a comparable decline in foreign portfolio investment, reflected in the transformation of Zimbabwe's capital account balance, from a surplus in 1995 equal to 7.1% of GDP to a deficit in 2002 equal to 6.5% of GDP. The lack of foreign currency in the country has made investment even less attractive because of the near-impossibility of converting earnings out of the rapidly depreciating local currency, which the government in any cases restricts. The suspension of IMF funding, with its negative implications about the credit-worthiness of the country, has limited most business transactions to a cash basis. The situation was worsened in June 2003, when the IMF suspended Zimbabwe's voting rights in the organization for failure to make effective efforts to repay arrears of about $305 million to the fund. Zimbabwe's total arrears increased from $700 million at the end of 2001 to $1.5 billion at the end of 2002. Somewhat ironically, the Zimbabwe Stock Exchange (ZSE), founded in 1896 and open to foreign investment since 1993, has been the best- or second-best-performing emerging market stock exchange since 1999, propelled by inflation rates that in 2003 were reaching 300%.

Most foreign investment in Zimbabwe has roots in the colonial era, such as the mining conglomerate Anglo-American of Zimbabwe (AMZIM), and the timber company Lonrho, long the country's two largest investors. In 2001 Lonrho sold its timber holdings in Zimbabwe to Brotherhood Holdings Ltd. for a cash payment of $275 million. AMZIM, after selling off a number of subsidiaries, announced in June 2003 that it was relocating its headquarters to South Africa. Government policy allows squatters to take over, at times forcefully, white-owned commercial farms. When Zimbabwe was Rhodesia, white farmers, constituting less than 1% of the population, controlled over one-third of the land. Under Zimbabwe's investment regime investments in agriculture were discouraged and underutilized land was subject to fair-value purchase by the government for redistribution to family farmers. This policy primarily affected the 50% of the 11 million ha of agricultural estates created prior to independence. The United States provided some funding for a land-for-purchase program from 1980 to 1997, but by 1998 the government had rejected this gradualist approach as too slow. By 2003, over 4,000 white-owned farms had been taken against the will of the owners.

thank you for your information.I am doing my project on forign direct investment in zimbabwe pliz send me a lot of related information
2
Johannes Chiminya

Thank you for your piece o useful information. Can you please send me some more information, especially data on FDI as I am doing a dissertation on the impacts of FDI on Stock market performance on the Zimbabwe Stock Exchange. I am finding it hard to get current data on the inflows of FDI.
3
suzanne

thanks for the material.
im doing a term paper on mncs influence on zimbabwe's political economy theres little written on mncs n their operations as well as their impact.
i hope to get more info from you.thanks!
4
yeu

thanks for the information.however i also need statistical data on foreign direct investment in zimbabwe and any other 2 southern african countries from 1980 to date
5
sylvester mhazo

i am working on a project on FDI and Economic Growth in Zimbabawe. i need statistics of these variables since 1985 or so.

Thanks for the article, it is educative. I would appreciate if you can research on the same topic for the period of the Government of National Unity.
7
Nobert

Thank you for the information. Do you have effects of FDI in Mining Industry
8
Alvarez

Thanks for the information. I am doing a project on the impacts of interest rates on foreign direct investment. Do you have any information and statistical data related to this topic?
9
alexander

what has been the impact of the fiscal and monetary policies on investment in zimbabwe for the past 10 years?
10
Douglas Chidodo

may you please send me current information on Zimbabwe's FDI because i am doing a research on the impact of multi ccurrency on FDI'S.
11
sharon chirombe

Thanks for the article, do you have data on FDI from 1990 to 2005, I am doing a research on effects of FDI in the manufacturing sector.
13
rufenje

Thank so much for the information. Please provide more on the effects of indeginisation laws to FDI in the manufacturing and mining sectors in Zimbabwe
15
maxwell k mangoro

Thank for the essential information.i am carrying out a dissertation on the on the Zimbabwean export function can please send me the guidelines.lam finding it difficult to do my data analysis .
16
sylvester chisale

thanks for the information. Please can you provide me with the information on the changes in Agricultural Credit Policy in Zimbabwe from 1980 to date. many thanks
17
prosper

thanks so much for giving me this chance to ask question.lm a student and lm doing my dissertation on the causal relationship between foreign direct investment and capital account, may you do me favor by posting me FDI and capital account from 1980 upto date.
thanks in advance
18
kumbi

Thank you for the information on FDI. Can you help me with more information on the impact of FDI on economic growth in zimbabwe, which is my research project topic. i am a student at Great Zimbabwe University
19
Qhelile

well writtern article. please if u have any more information or articles that you have written on the subject at hand could you mail them to me. i like the clarity in tone used in ur article it makes a lame man easily understand the topic without too much confusion.
20
Gari

Thank you for such an informative article. Can you please send me more articles on the impact of indiginisation policy on foreign direct investment in zimbabwe. I am working on am MBA term paper.
21
Tinashe

Thank you for your piece of useful information. Can you please send me some more information, especially data on Interest rates as I am doing a dissertation on the impacts of interest rates on Stock market performance on the Zimbabwe Stock Exchange.
23
Hussein Robai

how have a visa to Zimbabwe from a cantry where there is no embassy for Zimbabwe in it?
24
innocent

thank you for the powerful insight on Zim's economy.i happen to be doing a quantitative analysis of the determinants of Zim's private investment. i will be grateful if you would send me more stuff on coutry risk profile for the past 10/12 years, FDI, GDP and trade terms esp the current account.
25
moses musikambesa

thanks very much for your information,my project needs the effects of taxation of capital on investment,can yu please sent me information,thanks
26
Tinashe

Thank you for the information i greatly appretiate this useful article. if you have some statistical information which can be useful for a research please send it to my e-mail i am doing a dissertation on something to do with investment and national output relation since 1988 up to now.
27
geraldine

my project needs information on the extent to which MNCs support indigenisation or empowerment.
28
mary

Thank you for the information. Im doin a dissertation on tax incentives and the impact on fdi. Can you please send me mo information, thank you
29
Shepherd

Thanks for the information. I need information on "Give an overview of FDI in the agro-based and mining sectors in Zimbabwe".
30
Kudzai Gomiwa

Thank you, for the information however was kindly asking if you could expose how much China as the major investor in the economy of Zimbabwe has contributed to the Zimbabwean economy in terms of the FDI. i am doing a dissertation on Chinese labour practises in Zimbabwe.
31
Ruuds

this is good. Can you provide help on the sources of this information, it is very useful.
32
Vivian ngwezuka

Thank you for the information. My project needs the effects of tax regulations on foreign investments.
34
Trymore

Am doing a research on domestic value addition(agric ,mining ,textile etc) and am in need of data concerning foreign direct investment .I appreciate your contribution
35
tanya

Thank you for this informative article I am doing a dissertation on the impact of tax incentives on increase FDI. Are you able to provide information on FDI trends from 1980-2014. The numbers and values over the years.
37
tamary

THANK YOU SO MUCH IM STILL LOOKING FOR A TOPIC TO WORK ON AND I HAVE FOUND THE RIGHTFUL INFORMATION CAN YOU PLEASE POST THE CURRENT SITUATION ON FDIS RECENTLY AND HWS IT AFFECTINGBUSINESSES AS A WHOLE AND THE MANUFACTURING FIRMS AS THEY ARE THE BACK BORNE OF THE ECONOMY.
38
Bsitali

Thanks for sharing this useful information. However, I still have some questions on how zimbabwe stock exchange can drive the economic growth and development in Zimbabwe.
39
mashakani

Thanks so much for the information and i'm greatly appreciative this useful article.
41
STACHA

FDI is a sensitive subject. How can we sacrifice millions or rather billions in revenue on the altar of 51% shareholding
43
Runiah

Thank you so much for the useful in formation provided in this article.I am kindly asking for more information on the roles of foreign direct investment in the mining sector of Zimbabwe
44
Gift Ruhwaya

Thank you so much for the useful information in this article. I'm doing a project research on formulation of a new mining company focusing on coal and gas mining in zimbabwe and its tax obligation on all tax heads and Im in need of information on registration, application and evaluation processes of mines.
45
vimbai

THANK YOU FOR THE ARTICLE ITS VERY HELPFUL. CAN I HAVE ASSISTANCE OF DAT. I AM DOING A DISSERTATION ON IMPACT OF FDI ON MINING PERFORMANCE. ALSO HELP OF PAST RESEARCHES INLINE WITH MINE WILL BE GREATLY APPRECIATED.
46
Letwin Ruzive

Thank you so much i found it useful too in writing my project. I also need information on the effects of foreign investment in the mining sector, Is it adding value to the Growth of Zimbabwe or it is eroding the confidence that the country has in its mineral exports.
47
GRACE DZIMIRI

Useful and informative information thank you. may you please assist with information on the effects of foreign direct investments on the travel and tourism sector specifically victoria falls. how FDIs out flow has affected the sector
48
GABRIEL CHAKANYUKA

Insightful material. thank you so much. May you kindly assist with information on effects of FDI on employee relations.
49
Blessing Sambureni

hello meaningful article, kindly asking to send information that may be helpful on a topic "implications of investment regulations on FDI within Zimbabwe?