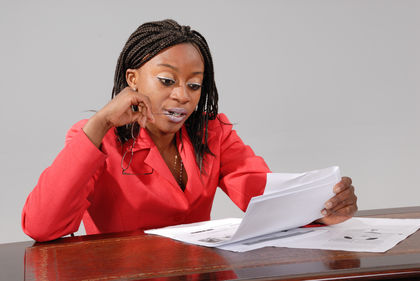 Africans make up 98% of the total population in Zimbabwe and are mainly related to the two major Bantu-speaking groups, the Shona (about 82% of the population) and the Ndebele (about 14%). Of the former group, the Korekore predominate in the north; the Zezuru are in the center around Harare; the Karanga are in the south; the Ndau and Manyika in the east; the Kalanga in the west; the Rozwi are spread throughout the country. The various clans of the Ndebele, more recent immigrants from the south, occupy the area around Bulawayo and Gwanda. Other groups account for 11% of the African populace and include the Tonga near Kariba Lake, and the Sotho, Venda, and Hlengwe along the southern border.

Whites make up 1% of the non-African population. Europeans are almost entirely either immigrants from the UK or South Africa or their descendants; those from South Africa include a substantial number of South African Dutch (Afrikaner) descent. There are small groups of Portuguese, Italians, and other Europeans. Asians and peoples of mixed ancestry make up the remaining 1%.

Thanks for ur help!It helped me alot!!!!!This is a great website.I will recommend this website to all of my friends that are doing a project on an African country.=)
2
Savanna

Im doing a project about the cities and countries near the zambezi river i have to find out dances music ethnic groups and language so hard but this helped alot! thanks.
4
John Smith

thanks this really helped on my report on Zimbabwe!! XD :)
5
fat cool

that is great news so i'm part of the 82%,guys keep up the good work
7
Waterina

Thanks really helped with my project on Zimbabwe!!! Super helpful and useful, must use in the future
8
adrian

Really Interesting and useful I will recommend this for my friends.
9
harry massey

great website?! thanks it helped me with my work :)
10
trish

Thank you this website is really helpful. I had some homework and it really helped:-)ðŸ™ƒðŸ™‚
11
nkala Bernard

The statistical representation is enlighting - a lot of people argue that ethnicity issues are difficult to present in Zimbabwe, but with this data, it surely qualifies that it's clear and it's possible. The distribution of the 82% would contribute to the variables the influence the delivery of essential services be it government policy or private sector initiatives. Thanks, I am even going to use it in my Ph.D. thesis !!!
12
kylie

very helpful, 10/10 would recommend and loved the good information, very detailed and since I picked zimbabwe for my project, this was a big help. Thanks again, Theodor Dragsted
14
lubalethu

that was awesome it rly assisted me with my presentation and I got 80% ,,that was a distinction
15
Angus Martens

I am from mixed race minority community in Zimbabwe...advocating for political representation in parliament...& other organizations within government that show inclusive participation in national / international affairs.
This includes social & economic areas.
16
Audrey P.

Thank you for the information it really helped me a lot. I am doing a research on ethnic groups in Zimbabwe
17
Washaya Ntongenhle