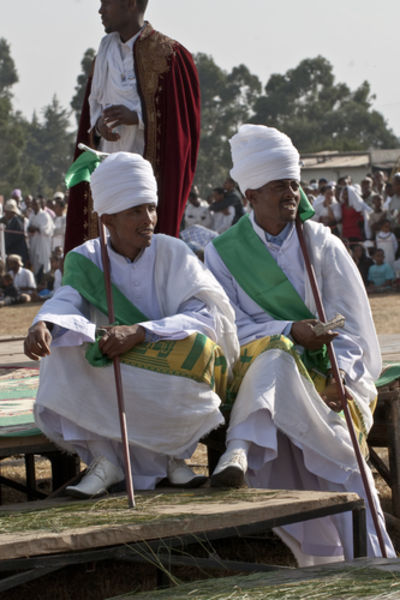 A 1996 amendment to the constitution declared the country a Christian nation while providing for freedom of religion in practice. The government requires registration of all religious groups; however, all applications reportedly are approved without discrimination. An estimated 85% of the population professes some form of Christianity. Another 5% are Muslim; 5% subscribe to other faiths, including Hinduism, Baha'ism, and traditional indigenous religions; and 5% are atheist.

The majority of Christians are either Roman Catholics or Protestants. Currently, there is also a surge in new Pentecostal churches, which have attracted many young followers. Muslims tend to be concentrated in parts of the country where Asians have settled—along the railroad line from Lusaka to Livingstone, in Chipata, and in the eastern province. Some members of the Muslim community have complained of discrimination since the country was declared a Christian nation. They claim they cannot freely teach and practice Islam; however, other Muslim organizations state they have not experienced any restrictions on their activities.

thank you soooo much. this helped me with a school project.
3
megan

thanks this helped me with a history project. it is very helpful because zambia is not very commonly found and the library didnt even have it ha thanks
4
madi

thanks, this helped for my world studies projesct(: thanks lots!
5
amber

this helped alot with my school project its not alot to read and study on,thanks!!
6
alexa

thanks so much i used this for my social studies project and i got an A(:
7
brandi

thanx.. this helped me with my social studies project
8
veronica

does zambia study any american religons? this would be helpful to me for myreaserch and to other people asking the same questions. please think about answering my question
9
veronica g

this helped me with my ss project thank u so much its great to have a web site to count on i hope to get an a wish me luck :)
10
zena

hi could you please help me find the answer to the following for my project, could you please advise me if there are any other religions apart from Islam that allow multiple marriages, ie would Zambian christians be allowed more than one wife.

Hi this website has really helped me on my homework project.
12
Gloria bumtoh

do you know any good religion information for an 11 year old like me i am doing a socials project about zambia religions and i would like easier information please and thank you sincerley Gloria E. bumtoh
13
colby

this was very helpful to me! i needed this for a social studies project. thanks!
14
Chernoh

I am a Muslim and my girlfriend is a Christian from Zambia (Mwamba) She was shocked when first she learn i was a Muslim but it never affect our relationship infact we are first Africans then our faith.
We are very happy together and we intend visiting Nigeria and Zambia soon.I love Zambia,I love Nigeria, i love Africa, i love both Islam and christianity.
15
Lachlan

Thanks so much.
I needed this information for a geography project at school. Have a good day.
16
Kyla

This is very helpful i needed this for a social studies project.Thanks!
17
Precious

This is my country Zambia and am very proud to be born in such a country, the country which have had never experienced wars since it got its independence in 1964. that's why it is more than worthy to be called a christian country, thank you the data.
19
billy

thanks for posting and making this website. You guys are awesome and this really helped with my social studies project