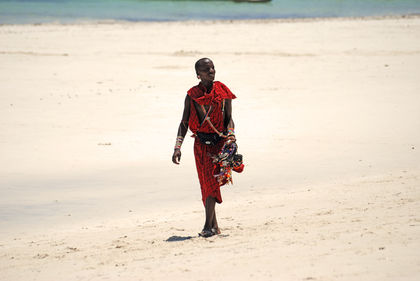 The Somalis are classified as a Hamitic people with a Cushitic culture. It is believed that the Somalis descend from people who migrated from the equatorial lakes of Africa to settle in the area of Somalia's two rivers, there to intermix with pastoral groups from the north and migrants from the Arabian Peninsula, the Persian Gulf, and perhaps Southeast Asia.

Ethnic Somalis, who made up about 85% of the population in 1998, are divided into two main clan families: the Samaal, which includes the Darod, Isaaq, Hawiye, and Dir clan groups; and the Saab, which includes the Rahanweyn and Digil clans and other smaller clan groups. The Samaal are principally nomadic or seminomadic pastoralists; the Digil and Rahanweyn are primarily farmers and sedentary herders. There are also small Bantu-speaking groups who live along the Shabeelle and Jubba rivers.

I so loved this article, it helped me on my project on the country of Somalia!!! Keep on Rocking
2
endris

send me cultural and languge notes on Somali people.
3
micheal

This article was very helpful on my project about the people of Somalia ;]
5
Gavin

Hi
The lady in the picture is not somali but Maasai tribe of Kenya .
Thanks
7
Kayse

DIR is a nation, is not a clan the way you wrote it
Isaaq is sup clan of a DIR nation.
DIR is a largest somali ethnic nation which leys north to south east to west and central somali soil,so that please recorrect the history.
Thank you