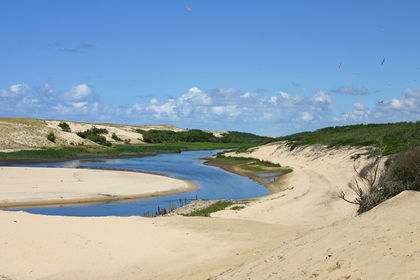 Temperatures and humidity are high, and rainfall is heavy. The mean temperature is about 27° C (81° F ) on the coast and almost as high on the eastern plateau. There are two distinct seasons: the dry season, from November to April, and the wet season, over the rest of the year, with the heaviest precipitation in July, August, and September. Rainfall is greatest along the coast, especially in the mountains, where there is more than 580 cm (230 in) annually, but it averages more than 315 cm (125 in) a year in most of the country, with 366 cm (144 in) at Freetown. The relative humidity ranges from an average of 80% during the wet season to about 50% during the dry season.

i think the info is awesome!!!!
2
Ee Peng Cheong

This website is like the best information source for all school assignments!
Go you! ...... whoever made this.
3
Da guy on da corner

This was helpful information. Thank you this has really helped me with the report that i need to finish. My report is on Sierra Leone. That is a cool place. Although they are going through a civil war. Depressing, Right? Thanks.
5
Fallen Angel

im so gonna get an A in my english class thanx to this website!. thanx:)
6
kalil hisle

im going to lve to get an on my socail studies project thx :)
7
JIm Bean

WOW this really is good website. Helped me a lot. Many thanks :P
8
Kowalski Rogers

this is great information guys really appreciate it now I can use it in my project!!!
10
nat Zehyu

Thanks for the information. Its worthy and I will always reference.