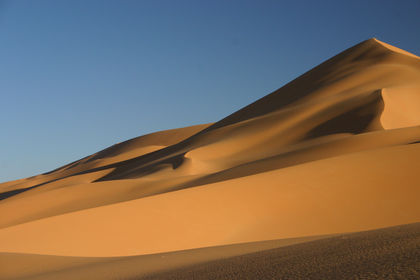 The major environmental problem in Mali is the increasing desertification of the country. Soil erosion, deforestation, and loss of pastureland pose additional problems for the environment. Mali also has an inadequate water supply: only 74% of city dwellers and 61% of people living in rural areas have access to pure water. The country has 60 cu km of renewable water resources, of which 97% is used for farming and 1% is used for industrial purposes. Mali's cities produce about 0.4 million tons of solid waste.

The nation's wildlife is threatened by drought, poaching, and the destruction of the environment. Mali has a national park and four animal reserves that cover a total of 808,600 ha (1,998,100 acres), as well as six forest reserves covering 229,400 ha (566,900 acres). In addition, the Sahel has an elephant reserve of 1,200,000 ha (2,965,000 acres) and a giraffe reserve of 1,750,000 ha (4,324,000 acres). However, the authorities lack the means to prevent poaching of protected animals or cutting down of trees for firewood. In 2001, 13 of Mali's mammal species and 6bird species were endangered. There were also 5 species of plants threatened with extinction. Threatened species include the addax, cheetah, and barbary sheep. The Sahara oryx has become extinct in the wild.

Thanks, I have to do a report on Mali and it's environmental issues. :D.
2
Jenny

Thanks for having great information about Mali! I have to do a report on it for school, and I'm sure this will help me quite a lot! Thanks again :]
4
chels

great article!!im doin a project on mali and this REALLY helps!!!
6
Alex

This is really usufull I need to do an project about Mali and Canada and it is hard!! Thanks
7
Vicky

Thanks. Good info. Geography project for school on Mali! This will help me by miles. :)
8
khalia

this article was great . i found it very informational.
9
alex

i have a project on mali and this really helps.thank you so much.thank you thank you
10
Miranda

Thank you sooo much. I am ALSO doing a project on Mali and this helped mee!!! =]
11
emily

WOW this is very helpful. thx alot.i have a reportt due and this was relly helpful
12
raul

Thanks for the help!!! great info!! this is gonna help me on my project on mali (it has to do with poaching)

This is so helpful! I have to do a report for school on Mali and this information is gonna help me a lot . . . Thanks!
17
joby

thanks this was very helpful i had to do reseach on mali tis helped alot !!!
18
sarth

Thanks!I am doing a research on issues of Mali. And it really helped me
19
Bo

Yeah this was great the enviromental issues need some support if only we could fix all natural hazards and loss of water, deforestation, drought all of these things can have a very bad effect
21
Braeden

Thanks a ton! This was a great article and it gave me a lot of information. I'm doing a geography project on desertifiction and deforestation in Mali, and this will definitely help!
22
HENDO

Great thanks for the info, doing a project on Mali and finding it hard to find anything about the environment
23
Jackson

I love this site it really helped me on my project on Mali and other countries in Mali.
24
Sam

that's so sad but thanks for the info
good luck Mali ;)
26
Bethany

Thank you! There is some really useful information to support my geography work on the effects of international organisations widening the development gap in Mali through trade.
27
Hunter

thanks a lot really helped me :) some good info here folks
28
sunshine

thank you helped a lot :) very good information did a school report and got an a++
29
Directioner :)

Thank you so very much, it helped me with my project I had to do in school for history!
30
ravniss

Thanks!! doing a research paper on desertification on different countries. This was very helpful.
32
Katie

I wanted to find out the methods Mali is using to prevent desertification. Nevertheless great information!