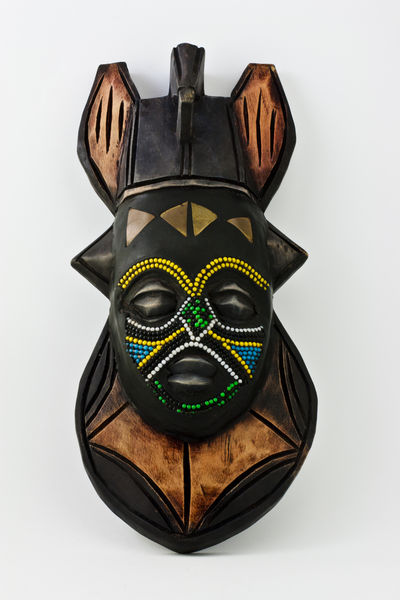 An estimated 66% of the population are Christians with about 28% belonging to the Roman Catholic church and 38% belonging to Protestant churches. About 10% to 20% are Muslim, with many living in the Northeast Province, the Coast Province, and the northern region of the Eastern Province. About 1% is Hindu and the remainder practice traditional religions or local branches of Christianity. As in other African states with complex religious histories and some renewal of cultural self-consciousness, it is likely that a majority of ethnic Kenyans also hold some traditional African beliefs.

I thought this article was very helpfull. I am a student in the 7th grade, and I am doing a project on African countrys. I decided to pick Kenya. Looking up information about a country isnt all that easy sometimes. I think its kinda hard to find things about this country because its not really, or well known. I think you guys should have people put commericals about your country because every country should be well known, and all the citys, or regions in the African country should be well known.
2
zaira

i think this imfo its helpful because it helps you a lot with your homework or other things that you can do or knowin' 'bout different coutries, etc....
4
bryce

I had to do a project on Kenya and one of the topics I have to put on the power-point is Kenyan religion. This article saved me a lot of searching online.
5
laura

holy cow!!! this is really good to know bc I am in the 7th grade and I am doing a report on kenya
6
samie

I also thought this was helpful because I am also in the seventh grade and doing a project in Kenya, so thanks for helping me!
7
vanessa

thank you for the information.it is very helpful for my research.though it wouldbe more helpful if it was specifically said what protestant religions,and what tribal religions.=]
8
Deon Turner

This website has numerous accounts of information, thus making it helpful for to conduct my Research Rpt. I thank the people who made this site and congrats to all the people who found help. God Bless you all
9
Virginia

Thank you very much for the use of this article. I was doing a research paper for my A.P. World history class on Kenya. We not only had to research our countries politics and origin but their culture as well! This site saved me many an hour in front of a computer screen trying to separate the unimportant content form what I needed to know.
10
Bella

I think this wed saved me a lot of time. I also think it is very helpful. I was doing a country report and I picked Kenya. You should really try this website.
11
Thiscommentisbull

This site did really help me, but I think that almost all the other comments are bull."saved me many an hour" "Holy Cow!!" come on
12
courtney

hi my name is kayleigh i am a student in the 6th grade and we are researching on commonwealth countries. I chose kenya because I dont really know that much about it.i found this artical very helpful and i now have alot about kenya's religion
14
Raisa

Hey, i'm in yr 7 and i have to do an assignment on african countries. This info has helped me heaps cause it has all i need to no! Thanks so much
15
IDONTCARE

This did help me alot but i doubt it saved me an hour.
16
Brianna

I thought this was very helpful site. I am doing a assessment for school. I have to compare and contrast the religions and economies of China and Kenya. I thought there could be a little more information though
17
Amirah

Along with all the other students, I chose to do Kenya. I'm a Freshmen in high school, & even I think it was very helpful. Thank you.(;
19
hellen

I'm in the 7th grade researching Kenya and this website helped me find just about ALL the information I needed! VERY USEFUL!
-Ryan
21
Ryan (Not the one above LOL)

EVERYTHING I NEEDED! ON ONE WEBSITE!!! Ths was an amazingly great site for a project or ANYTHING! THIS WEBSITE ROCKS!!!
22
Derek

thanks, Im in sixth grade and I have to research kenya. this country is hard to find info about. thanks for the artical:)
23
Ian

I'm in sixth grade too and I had to search about Kenya. The page was very helpful thank you for the information.
24
Tom

This website was mad helpful I'm in grade 7th, I'm doing the project about Kenya, this one gives you a lots of hit so I guess it helpful
25
Madison

I didn't really think this sight was very helpful as i already have this information so it wasn't really that much help. Sorry but I am just telling the truth. Maybe you could find some more information that no other website with have got. But it is really interesting