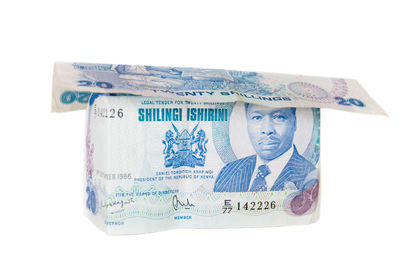 Most import license controls were dismantled in 1993. In 1997, an ad valorem import duty of 70% was imposed on rice, sugar and milk. Priority items such as raw materials, spare parts, agricultural equipment, and medicines had an import tariff of only 5% in 1999. Most capital goods were imported at a tax rate of 15%. Other goods received specific allocations on the international harmonized system of product classification. The maximum tariff rate was 35%. Imports were also subject to a 16% value-added tax and there were excise-taxes on alcohol and tobacco. There were few export duties. In 1999, Kenya, Uganda, and Tanzania signed the East African Community (EAC) treaty providing for the removal of trade barriers by 2003.

Kenya operates six export processing zones, where manufacturers gain a 10-year corporate tax holiday (25% thereafter), a 10-year withholding tax holiday on dividend remittance, duty and VAT exemption on all imports except motor vehicles, and exemption from most other regulatory schemes. The Manufacturing Under Bond (MUB) program gives similar incentives to companies not located in the export processing zones.

I'm a masters student in medical microbiology at university of Nairobi's medical school in Kentyatta National Hospital.
wanted to import specific bottles and titening screw for my medical project work durring my project and their after this tools will be used to provide health diagnosis to patients.

The items will be posted to me from america, I'm I excepted from paying duty.

thanx for your quick answer
3
Paul

Interested in importing animal feed additives and industrial chemicals. Advise me on taxation measures and my obligation to KRA as concerns this matter
4
Priyam Prasad

Please provide me with the import duty structure for Pesticides in Kenya.
5
Peterson

I am interested in importing agricultural machine t use in my farm. am my expected to pay it duty and if yes at what rete.
6
Kalpesh Boda

I am planning to import textiles fabric to nairobi, kenya (Suiting shirting) and wana know duty, vat, and other custom expenses.
7
Audrey Newport

We sent a walking stick from Sacramento,CA to Nairobi, Kenya. It weighed 5 pounds. How much duty were our friends in Nairobi required to pay? We want to reimburse them for it. Thank you.
8
Elvis Jumba

i wanted to import goods worth 900,000 from india or china or even thailand , Kindly advise me apart from the 25% custom duty what else is charged for the product to be cleared from the port .
9
jacky

what is the current export duty and vat on finished leather,crust and mitumba shoes?
10
eliakim

Am planing to import commercials kitchen equipment, kindly advice me on Duty, vat, and other customs expenses