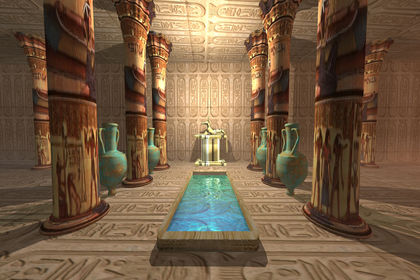 The majority religion is Islam, of which the Sunnis are the largest sect. The 1971 constitution declares Islam to be the state religion. According to official estimates, 90% of the population are Muslim and 8% to 10% are Christian, with the Coptic Orthodox Church being the largest Christian denomination. Other denominations represented include Armenian Apostolic, Greek and Syrian Orthodox, Catholics (including Armenian, Chaldean, Greek, Melkite, Roman, and Syrian), and a variety of evangelical Protestant denominations. The Baha'i faith is also represented. The Jewish community is extremely small.

Though the constitution provides for religious freedom, the government has a long history of infringements upon this right. Any religious practices that can be considered in conflict to Shari'ah (Islamic law) are prohibited and Article 98 (F) of the Penal Code allows for prosecution for unorthodox practices and beliefs that are considered to be "insulting heavenly religions." Government discrimination extends to both Muslim fundamentalists and Christians. Religious tensions in Cairo, Alexandria, and other cities led President Anwar al-Sadat (as-Sadat) to order the arrest in September 1981 of militant Muslims and Copts. Sadat also stripped the Coptic Pope Shenuda III of his temporal powers, replacing him with a committee of five bishops; in 1985, however, Shenuda was allowed to resume his duties. Sadat had also authorized direct state supervision of the nation's mosques, estimated at 40,000, and required Muslim preachers to register with government authorities. During 1986 and 1987 there were numerous violent incidents involving Islamic fundamentalists and Copts, including bombings, riots, and burning of Coptic churches. 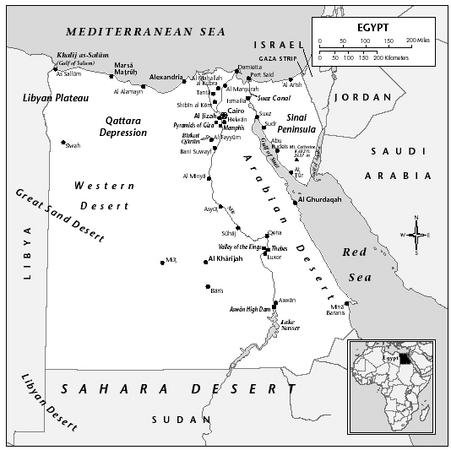 In February 1993, American workers were arrested on suspicion of attempted Christian proselytizing, an activity forbidden under Egyptian law. They were later released. In February 1998, the government lifted travel restrictions that had been imposed on four former Muslims who had converted to Christianity. Also 1998, the Egyptian Organization for Human Rights (EOHR) and other local human rights groups reported that in the course of an investigation into the murder of two Copts, the police detained hundreds of citizens in the largely Coptic village of al-Kush in Sohag. Observers reported that dozens of the detainees, mostly Christians, were subjected to torture and mistreatment. The same year, author Ala'a Hamed was convicted and imprisoned for insulting Islam in a novel. In 2001, two men were convicted and sentenced to 5 and 3 years imprisonment under Article 98 (F) for allegedly advocating a tolerance of homosexuality in the Islamic faith. In 2002, 8 individuals were convicted under the same article for holding unorthodox Islamic beliefs and practices. Sentences ranged from 3 years imprisonment for two of the offenders to a 1 year suspended sentence for those who were not accused of promoting their beliefs to others. Proselytizing is generally considered a violation of Article 98(F).

Please send me more info on preists and religions in egypt..

I;m doing an essay in Egypt and I need more information on religion, is there any way you can send it to me?
5
ashley

doing a project on Egypt and need to know what are the religions but I keep finding different answers can you sent me more about the religion, please
7
dmac

Can you add more religions? I need it for my project on Egypt.
9
evan

need more info about the religions. it for a project in egypt
10
Joey

hi I need more info on Egypt can you send me some plse thnks :)
12
Julianna