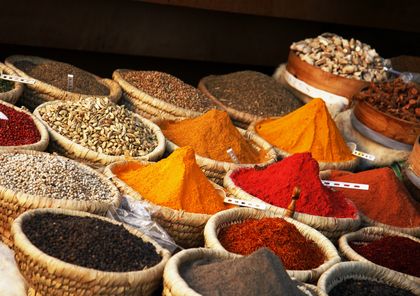 Before 1973, when Egypt was linked to the then-Soviet Union, 55% of its exports went to Soviet bloc countries, which supplied 30% of its imports. In 1999, the EU countries were the market for about 35% of Egypt's exports, and provided Egypt with 36% of its imports. The US provided some 14% of Egypt's imports and received over 12% of its exports. Trade with Libya and Saudi Arabia has increased in recent years. Petroleum replaced cotton and cotton products as Egypt's principal export in 1976. Fuel exports accounted for 37% of Egypt's estimated $3.5 billion in merchandise exports in 1999. Other exports include textile yarn and cotton (7%), fabric, and finished garments (7.9%). In 1999, Egypt's imports were distributed among the following categories:

Principal trading partners in 1999 (in millions of US dollars) were as follows:

we would like to inform you that we having our own manufacturer unit In India, producing furniture laminates products. I would be knowing of importers in Egypt to export our products.
2
Jennifer

Wow, i can't tell you how many times i have said this. This website the the greatest! I can get a 100% on a grade if i use this website!