The Netherlands - Poverty and wealth 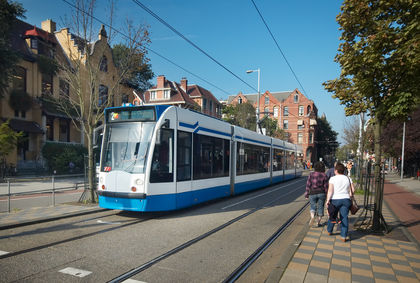 Like most of the West European nations, the Dutch have a high standard of living. In 2000, the nation's GDP per capita was US$25,695. According to the United Nations Human Development Report 2000, the Netherlands ranks number-eight in the world in human development, ahead of nations such as Japan and the United Kingdom, but behind countries such as the Canada, Norway, and the United States. This report measures such features as income, literacy, and life span.

The wealthiest 10 percent of the population control 24.7 percent of the kingdom's wealth while the poorest 10 percent only control 2.9 percent. There are also regional differences in wealth and standard of living. People who live in the southern and western regions of the country tend to have higher incomes as the higher-paying industrial and new technology companies are concentrated in these regions. The northern area of the kingdom is the most rural and least prosperous area of the Netherlands.

While unemployment is low in the Netherlands, at 3.5 percent, as many as 100,000 people have simply dropped out of the labor force . The nation has generous social benefits and this has prevented the widespread expansion of poverty. The Dutch national drug policy continues to have an impact on poverty. The Dutch government differentiates between "hard" drugs, such as heroin or cocaine, and "soft" drugs such as marijuana. The sale and use of small quantities of soft drugs is legal, under certain guidelines. However, the use of hard drugs has risen over the past 2 decades. The government now spends about US$150 million per year on rehabilitation programs for the estimated 28,000 hard drug users in the kingdom (most of whom are unemployed and live below the nation's poverty line).

The poverty rate in the Netherlands is 4.7 percent of families. This gives the nation one of the lowest poverty rates in Europe, second only to nations such as Sweden, and well ahead of countries such as the United Kingdom, Germany, France, and the United States. However, the main reason for this low rate is generous social payments. If government aid is excluded, the poverty rate in the

Netherlands rises to 18.9 percent. The highest rates of poverty are among individuals, but single-parent households account for almost 75 percent of all poor families.

Wow The Netherlands could show countries a thing or two. Like the U.S.