The Netherlands - Politics, government, and taxation 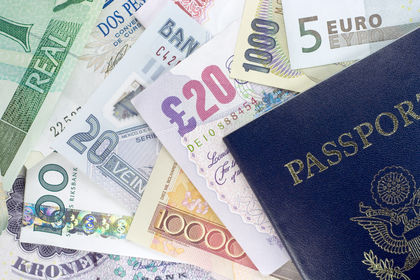 The government of the Netherlands is a constitutional monarchy. The head of state is the monarch, presently Queen Beatrix, but the sovereign's powers are now mainly ceremonial. The chief of the government is the prime minister who is appointed by the queen. The prime minister is usually the leader of the majority party in the nation's parliament or the leader of the largest coalition of parties. The country also has an advisory committee, known as the Council of State, which develops and coordinates policy. Members of the council are appointed by the queen on the advice of the prime minister.

The legislative branch, or parliament, of the nation is known as the States General. The States General is a bicameral (2 chamber) legislative body. The 2 houses are called the First Chamber and the Second Chamber. The Second Chamber is the more influential of the 2 bodies. It initiates legislation and may amend bills that are developed by the Council of Ministers. The chamber has 150 members who are elected for 4-year terms by the general population. Unlike the American system, representatives are not elected to represent individual districts but the nation as a whole. During elections, the people do not vote for individual candidates but for a particular party. The election results are proportional so that a party that received 60 percent of the votes would have 60 percent of the seats in the Second Chamber. There are 75 members of the First Chamber. These representatives are elected by the legislatures of the nation's 12 regional governments, known as provinces.

Because of the proportional system of elections, even small parties are often able to have representation in the States General. Hence, unlike the United States, the government of the Netherlands is usually made up of a coalition of a number of small parties, and politics is not dominated by 2 major political parties. Since 1998, the government has been led by the "Purple Coalition" which is made up of 3 parties: Labor, Liberal, and Democrats '66. All of these parties support free enterprise capitalism , but the Labor Party and Democrats '66 tend to be more supportive of government efforts to establish social and economic equality by redistributing wealth through taxes on the wealthy and middle-class. The Liberal Party stresses individual political and economic freedom and is much more conservative on economic issues than its 2 coalition partners. The main party that opposes the coalition is the Christian Democratic Appeal or Christian Democrats. This party was initially formed from the merger of 3 religious parties and is generally one of the more conservative Dutch political groups. The party opposes most government involvement in the economy. The last major party is the Green Party which is pro-environment and advocates strict restrictions on pollution and economic activity which might harm the environment.

The government of the Netherlands does not play a major role in the nation's economy. It does not own a large number of businesses or attempt to control economic ventures. Furthermore, since the 1980s, there has been an ongoing program to turn those few government-controlled companies and businesses over to the private sector . An example of this would be increasing private control over telecommunications and public transport services. Public spending, including infrastructure projects, social spending, education, and health care amounted to 46 percent of the nation's GDP in 2000 and is expected to decline over the next decade. In 2000, the government announced tax reductions, including a cut in the direct taxes paid by most Dutch citizens.

The impact of the government is most significant on 3 different levels. First, there are numerous regulations and restrictions on economic activity which include the need to obtain permits for certain types of businesses and controls on product safety and advertising. Second, the government takes an active approach to managing the nation's credit supply and the value of its currency. Since the 1980s, the government has consistently pursued policies to keep inflation low. The government has also allowed the value of the currency to decline in an effort to make Dutch products less expensive and therefore more competitive in global markets. Third, and finally, the government takes an active role in managing the nation's environment. The centerpiece of Dutch environmental policy is the National Environmental Policy Plan known as the NMP. This plan seeks to cut pollution by 80 percent by 2010. Much of the nation is under sea level, and therefore prone to flooding, so the government also plays a major role in land management, including determining what types of structures can be built on different terrain.

One of the economic and foreign policy objectives of the Netherlands has been European economic and political integration. In the aftermath of World War II, the Dutch formed the Benelux Customs Union with Belgium and Luxembourg. This organization reduced tariffs between the 3 nations and set the stage for the later formation of the European Community, which itself later led to the establishment of the EU. The nation also helped develop the plans for EMU, which strives to fully integrate the economies of the EU, including replacing national currencies with the euro. Because of their experiences during World War II (when they were conquered by the Germans), the Dutch have supported political cooperation as a way to prevent new conflicts in Europe. Since the Netherlands is a small country, its government has found that the best way to achieve its foreign and economic policy goals is by cooperating with other nations in international organizations such as NATO, the EU, and the UN.

Each year the Dutch spend about US$6.9 billion on defense. The kingdom is a member of the North Atlantic Treaty Organization (NATO—a military alliance of several European nations plus the United States and Canada) and a staunch U.S. ally. For instance, Dutch military forces fought alongside American troops in both the Persian Gulf War and the military operations in Bosnia and Kosovo. The Dutch are among the world's leading providers of foreign aid. In 1999, they gave US$3.4 billion in aid, or about 1 percent of the nation's GDP. They have provided aid for victims of hurricanes in Central and South America and for refugees in places such as Africa, Bosnia, and East Timor. The Dutch are also supportive of international environmental programs.

There is a lot to be learned by other countries from the Netherlands.
2
Jeannie Jackson

I will second the only comment - wish the U.S. would be more like the Netherlands, but don't understand the point of having a Queen for ceremonial purposes. Hear they do take care of their elderly and motherhood a lot better than other places.
3
minimango

very helpful! I loved it this helped a lot with my college research project!
4
William V

I have a tremendous amount of respect for the Dutch and how much they care for the environment. On the other hand, I'm troubled at how they seem to turn their noses up at Islam these days. I hope that will soon change as they truly understand the true threat of it.
5
JOhn