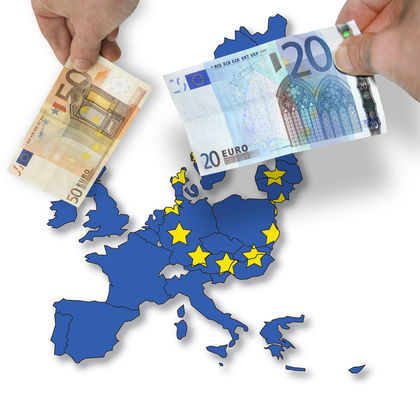 Spain has been a parliamentary democracy since the celebration of the first general election in 1977, following the death of Franco in 1975. In addition to the multi-party system, Spanish government supports the royal family of Spain, headed by King Juan Carlos. Much like the Queen of England, the King of Spain is a figurehead who holds virtually no political power, but who nevertheless serves as a symbol for Spain.

There are 2 main legislative bodies, both of which are elected usually every 4 to 5 years. The first is the lower house, officially called the Cortes. The second is the upper house, referred to as the Senado. There are 350 members in the Cortes and 208 in the Senado. The party holding the majority in the lower house controls the government. In the absence of a majority, the party with a plurality of seats will govern in minority, either in coalition government (which has yet to happen in contemporary Spain) or, as occurred in 1993 and 1996, with the legislative support (apoyo legislativo) of another party. A coalition government is made up of ministers from 2 or more parties. In a legislative support government only the plurality party has ministers in government while all of its bills are passed with the support of smaller parties in the house (who have potentially gained adoption of some of their own policies in return). The leader of the government is first chosen in a leadership selection contest of the party in which card-holding members vote. The winning party's leader is the president of the state and the leading political figure in Spain. From this perspective, the Cortes remains the more important of the 2 houses. The method of election used is the D'Hondt method of election (based on the concept of proportional representation , where seats attained by a political party are proportional to the votes received). At the judicial level, the highest court of the land is the Constitutional Tribunal, which is independent. Judges on the Tribunal are nominated by the president of the government and appointments must be approved by the Senado. Judges remain on the Tribunal for life.

There have been 3 main political parties in contemporary Spanish politics: the Centre Democratic Union (UCD), the Spanish Socialists (PSOE), and the Popular Party (PP). In the first 2 general elections, Adolfo Suárez's UCD won minority government. However, due to internal fighting within the party's coalition of 14 smaller parties, it disbanded in the early 1980s.

The Spanish Socialist Workers Party (PSOE) won the 1982, 1986, 1989, and 1993 elections under the leadership of Felipe Gonzalez. Though originally committed to socialist policies, the PSOE pursued policies aimed at liberalizing the Spanish economy, much to the chagrin of its working-class electoral base. The PSOE had traditionally been affiliated with one of Spain's major trade unions, the UGT, but its efforts to improve Spain's international competitiveness in preparation for full European economic integration resulted in the distancing of trade unions from the party. The PSOE closed unprofitable state corporations which were in the state holding company INI (The National Industry Institute), down-sizing most notably the coal, iron, and steel industries. It also reduced public spending in order to tackle the budget deficit. The PSOE abandoned socialist policies in its battle against inflation and for the modernization of the industry through support of a capitalist market economy. Spain's entrance to the European Community (EC) in 1986 was seen as a triumph of PSOE's policies. Not only had PSOE tied Spain to the influence of the greater European community, it had implemented the single market policies found in the Single European Act (1986) and the domestic-level policies consistent with the Maastricht Treaty EMU criteria (that is, reduction of deficits, debts, interest, and inflation rates ), to do so.

However, the harsh budget and social-welfare cuts, along with the erosion of labor's trust, helped unseat the PSOE in the 1996 elections. The more conservative Popular Party assumed control that year as a minority government under the leadership of Jose Maria Aznar. Although the 2 parties were polar opposites on the political spectrum (with the PSOE on the left and the PP on the right), Spain's economic policy did not shift radically with the new government. The PP continued to pursue PSOE's policies of deregulation and liberalization, with the goal of a complete privatization of state-owned enterprises. To this end, Aznar and the PP liberalized the energy sector (electricity, gas, fuels), national telecommunications, and television broadcasting. In order to ensure the success of these liberalizations, the new Free Competition Tribunal (Anti-Trust regulators) was set up and strengthened in order to restrict monopolistic practices and to increase judicial oversight of leasing, factoring, and franchising contracts. Nevertheless, observers highlight that it remains to be seen if the Tribunal will be effective.

There are some factors which stand in the way of the PP's economic goals. While new legislation generally allows for foreign investment without limitations, inflexible labor laws and restrictive legislation on intellectual property rights both still present problems in attracting new foreign business. The high unemployment rate (which hovered around 20 percent throughout the mid-to-late 1990s and is presently at 16 percent) is another major issue for the government. Hiring practices have been liberalized, but the government has criticized dismissal costs as too high and welfare benefits as too generous. The 1997 labor market reforms increased the number of temporary contracts by limiting the state's ability to interfere in business contracts. The PP government has attempted to deregulate the economy as much as possible in the belief that the less state involvement there is, and the more prevention of anti-competitive practices, the more efficient the economic system will be.

In the immediate future, the PP government hopes to eliminate the budget deficit by 2001 through the privatization of unprofitable state-owned companies. Aznar's government also encourages small enterprise by facilitating access to corporate finance and Spanish investment abroad as a way to diversify the economy. Investment in developing countries is supported by means of tied-aid credit and development assistance programs, but Spanish presence in the global economy is still modest. From this perspective, Spain attempts to promote investment and assistance in developing nations as a partner in initiatives taken along with other EU states.

The only party that has clearly distinguished itself from the PP and the PSOE is the United Left (IU). The IU is a coalition of several "left wing" parties and its main organizational party is the Spanish Communist Party (PCE). It was originally affiliated with the other main Spanish trade union, the CCOO (the Worker's Commission). Despite high expectations that the party would do well since its legalization in 1976 after 40 years of underground work, it has performed very poorly, at best gaining a little more than 10 percent of the popular vote.

Other parties which are of importance are the regional-based ones in Catalonia and the Basque Country: Convergence and Union (CiU) and Basque Nationalist Party (PNV). The CiU is a center-right and nationalist party (i.e. fights for the independence of Catalonia from Spain) that has been governing at the state (autonomous community) level in Catalonia since 1978. It came to importance at the national level after both the 1993 and 1996 general elections; although it did not participate in coalitions with the minority governing PSOE (1993) and PP (1996) governments, the CiU did offer its legislative support to both minority governments, basically allowing them to formulate policies unilaterally and easily pass them in the legislature. The PNV is a Christian democratic regionalist party seeking Basque independence. Its Basque middle-class support base has kept it in power at the regional level, either in majority position or as coalition partner, over the last 20 years. It is important to note that PNV is not associated with the terrorist organization ETA; whereas the PNV is a center-right party that uses peaceful means to pursue Basque independence, ETA is a terrorist organization (whose political wing is called Herri Batasuna, or HB) that prefers more violent and revolutionary means for independence.

Almost half of the Spanish government's tax income (46.8 percent) derives from direct taxation , 38.9 percent from indirect taxation , and 24.1 percent of which is accounted for by value-added tax (VAT). Other taxes on production constitute 14.3 percent of the tax income. Tax evasion is a major problem in Spain with the self-employed and black market workers (such as construction contractors) most often the guilty party. Because self-employed professionals (or, autonomous workers, as they are referred to in Spain, such as taxi drivers and free-lance writers) all have to make tax declarations themselves, there is no firm system by which revenue officials can verify or falsify their statements. It is therefore relatively easy to falsify tax declarations, a problem rampant in the 1990s. Although the Ministry of Economy and Finance led by Rodrigo Rato under the PP has attempted to clamp down on this practice in the last 2 years, the likelihood of evasion remains high and represents a potential drain of revenue that would otherwise be used for the social-welfare system .

Thank you for writing this article. I wonder if there is a more updated one that includes a view or summary of the nation's current situation now that Zapatero's popularity is eroding (much like it happen to his socialist predecessor, Felipe GonzÃ¡lez) and the people are unhappy with the current government, the opposition, and the unions (UGT and comisiones obreras)