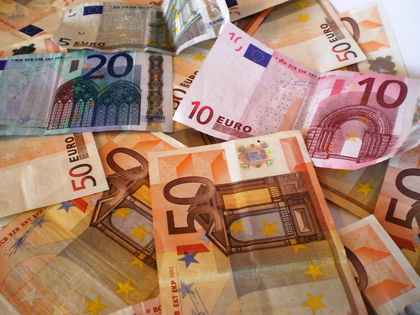 Spain's economy in the latter half of the twentieth century developed under the shadow of General Franco's authoritarian regime, which had ascended to power at the end of the Civil War in 1939. However, unlike the self-enclosed, state-dominated economies of other authoritarian governments, Franco integrated Spain's economy into the western capitalist framework through a series of liberalization initiatives. Begun in 1957, these initiatives included the devaluation of the peseta, the introduction of a single exchange rate , a program of monetary and fiscal restraint, and a liberalization of price controls and trade restrictions. As a result, Spain's economy underwent a rapid industrialization that affected every segment of society. The ascension of the industry and service sectors resulted in migratory shifts from rural to urban centers as people sought jobs, and also opened the borders to foreign interests. Foreign machinery boosted Spain's modernization process, and foreign products competed with Spain's domestic offerings. Franco also permitted investors and banks from other countries to work within Spain's borders. In 1970, a preferential agreement with the European Community further boosted trade liberalization.

It is important to note that Franco's liberal approach to the economy was not duplicated in his approach to labor issues. Franco's policies enforced hierarchy, military obedience, strong centralism, and police-state suppression of human rights which resulted in the imprisonment and execution of thousands of dissident citizens over the course of Franco's rule. Workers agitating for political freedom to complement Spain's economic freedom were quickly suppressed.

By the mid-1970s, Spain enjoyed a strong, modern capitalist economy. Spain's annual growth rate in the first half of the 1970s held steady at 6 percent, ranking it eighth in the world in terms of GDP measured at current prices and current exchange rates, according to the Organization for Economic Co-operation and Development (OECD). Only the United States, Japan, West Germany, France, the United Kingdom, Canada, and Italy placed ahead of Spain in 1975. Of all the OECD capitalist countries with strong economies, Spain was the only one without a democratic government. The existence of free-market capitalism without democratic legitimacy made Spain an anomaly (a deviation from the common rule) in a world where the economic transition from command to free-market economy was expected to take place only after the political transition from authoritarian to democratic rule.

King Juan Carlos, Franco's successor, inherited Spain's robust economy and fascist legacy after Franco's death in 1975. He began moving the country towards democracy shortly after ascending to power. The appointment of Adolfo Suárez as president in late 1976 was one of his first transition moves, followed by general elections the next year. Spain's newfound freedom on the political front opened up further opportunities for labor and business, including the legalization of trade unions in 1977. One of the key initiatives of this transition period was the formulation of the Moncloa Pacts that same year. The Moncloa Pacts endeavored to bring Spain fully into the free-market system through the moderation of wages and the elimination of favoritism between the government and specific businesses. The Pacts favored the consolidation of a market economy and recognized that business activities should be pursued within the free-market framework. They also laid the framework for a more comprehensive policy on unemployment and pension benefits, previously lacking under Franco. These political and economic reforms—which included the creation of a Constitution in 1978, as well as various other legislative agreements guaranteeing the functioning of democratic institutions—placed Spain squarely on footing with other Western European capitalist states by 1980.

The Spanish Socialist Workers Party (PSOE) came to power in 1982. Contrary to generally-accepted socialist economic policies, the Party worked to increase privatization and competition within Spanish markets during its 14-year rule. The time period is oftentimes referred to as the post-consolidation period of Spanish politics. Economic policies pursued by PSOE included privatization of state companies which belonged to the National Industry Institute in 1986 and the passing of legislation to end the state telecommunications monopoly in 1987. PSOE accomplished the latter by abolishing Telefónica's right to supply customer apparatuses and allowing other firms to run such systems. The Party also liberalized the energy sector by allowing Repsol's pipeline network to be used by competing suppliers wishing to transport gas in 1987. In late 1986, PSOE introduced the IVA (Impuestos sobre Valor Añadido) which is a 6 percent value-added tax ; by late 1991, the party announced decreasing employers' tax payments by roughly 8 percent as a means to increase competitiveness and profits in Spanish business.

In the 1990s, the PSOE moved even further from socialist policy through a series of budget cuts aimed at decreasing the role of government in health and human services. In 1987 and in 1992 cuts to the pension system were made by decreasing payments to both contributory and non-contributory programs; by 1993, the average maximum allowable payment from a public pension (measured in constant pesetas) was approximately 10 percent less than the value in 1986. Based on 1992 reforms to the education service, several secondary schools with falling enrollments were closed between 1992 and 1996; the percentage of the yearly budget devoted towards education fell from almost 9 percent in 1991 to approximately 5 percent by 1996. In 1994, PSOE pursued health reform, and the closing of several urban and rural hospitals resulted in a shortage of hospital beds. The PSOE mandated that users of the National Health Service (Insalud) pay for prescription costs (referred to as the medicamentazo), as well as some aspects of non-emergency treatment.

The PSOE instituted similar cuts and deregulation in its approach to labor issues. In early 1993, the PSOE decreed that minimum wages would fall by almost 5 percent in real terms from the year before. In 1994, the PSOE sought almost full deregulation of the labor market by passing legislation rescinding many of the rights, benefits, and guarantees of the Workers' Statute. As a result, less expensive contract types were introduced in the labor market, rules governing salaries of all workers were modified, workers could be more easily unilater-ally fired without state interference, indemnity benefits were decreased, a worker was no longer guaranteed basic working conditions such as a 40-hour work week, fewer workers became eligible for unemployment insurance benefits, and basic functional and geographical mobility rights were rescinded. This overall policy pursued by the Socialists has been followed more recently by further liberalization, deregulation, and privatization by the Partido Popular (Popular Party, or PP) that has ruled since 1996. Some neo-liberal critics suggest that more liberalization, including that of deregulating the labor market, is still required in order to make the economy competitive.

The reasons behind Spain's liberal economic policies are most clearly rooted in its membership in the European Union (EU). Spain joined the EU in 1986, when it was still known as the European Community (EC). While membership opened up a host of opportunities in the greater European markets, it also came with strict regulations that required significant adjustments of member countries to ensure standardization with EU's Economic and Monetary Union (EMU). The problems associated with the introduction of a common currency among the member countries (known as the euro, slated for circulation in 2002) were especially formidable. The Maastricht Treaty of 1992 established strict objectives concerning decreasing inflation and interest rates, as well as decreasing budget deficits and government debts which were necessary for EMU entrance. In effect, domestic strategies had to be pursued in order to qualify for the EMU club, ultimately allowing for the single European currency to be used in Spain. The country successfully qualified for EMU entrance in 1998. Spain also receives funding from the EU to finance varied programs, reducing the current account deficit and improving infrastructures.

Industrial production continues to be the driving force of the Spanish economy, although in recent years the service sector has gained importance. Metalworking, shipbuilding, and data-processing equipment are particularly important in the industrial sector, while automobiles remain the main export item. Private consumption, investment, increased agricultural exports, and construction are spurring growth. At the same time, virtually all service sectors—especially tourism and finance—are expanding. With regard to the latter, Spanish banks have some of the highest capitalization of all banks in Europe, thanks to a series of mergers permitted in the late 1980s and early 1990s. The 2 main banks today in Spain are BBVA (Banco Bilbao Vizcaya Argentaria) and BCHS (Banco Central Hispano Santander). Spanish mining is among the most important in Europe. Wine production—about 30 to 40 percent of which is destined to export markets—is also among the largest worldwide. Spain's abundant arable land and long coastline make agriculture, maritime transport, and fisheries all important industries. Spain possesses hardly any petroleum and only limited amounts of natural gas. This problem has been tackled with a large-scale nuclear energy program, the realization of which has, however, been delayed because of an accident in the Vandellos nuclear power plant in 1989.

Spanish industries were small in scale until the liberalization of the economy in the late 1950s and early 1960s when foreign investment and large multinational companies arrived on Spanish soil. Although almost two-thirds of the workforce is still estimated to work for what are defined as small- and medium-sized enterprises, more workers are increasingly working for large multinationals which have roots in Western Europe, including those such as VW (Germany), Fiat (Italy), and Correfour (France). Spain is an attractive location for foreign companies for 2 reasons. First, Spanish workers' salaries are some of the lowest in Western Europe, higher only than those in Greece and Portugal. From a Western European business perspective, therefore, the cheap Spanish labor market keeps costs of production low. Second, Spain's geographical location is strategic in marketing products to Southern European states such as Portugal, France, and Italy.

The Spanish government debt of US$90 billion in 1993 has declined in absolute terms since the late 1990s. The declining debt is a function of the tight economic policy pursued by Rodrigo Rato, the Minister of Economy and Finance under the center-right PP government since 1999. Rato pursued cuts to the health and welfare program. This, along with a foreseeable cut in interest rates, makes it likely that the downward trends will continue.

There are 3 main structural problems that the Spanish economy faces, despite recent liberalizing and modernizing efforts. The first is illegal immigration, which makes a particularly large impact on the agricultural labor market of southern Spain. The second problem is high unemployment compared to the rest of Europe. During the mid-1990s the official unemployment rate was at over 20 percent. Governmental reforms have sought to make the labor market more flexible for less-skilled workers, thereby decreasing the unemployment rate by almost 4 percent by 2001. Nevertheless, this is still high compared to most other western industrialized states. Many economists fear that the high rate has only contributed to the black market in labor, although there are no firm and credible estimates of what percentage of the economy this actually constitutes. The third main problem is terrorism that has a disturbing impact on the economy. In particular, the Basque terrorist organization, ETA, which seeks independence for the Basque region located in Spain and France, has claimed responsibility for hundreds of deaths over the last 20 years, including killings of military officials, politicians, and citizens caught in the crossfire. The terrorism has particularly stifled some business leaders' plans for future investment in the Basque region and, more generally, made citizens throughout Spain fearful and cautious.