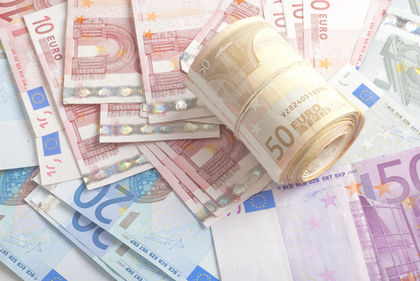 Since the early 1990s, the Central Bank of Spain has pursued a monetary policy independent from the national government, similar to most other western European states. However, Spain's membership in the Economic and Monetary Union (EMU) means its rates are set by the European Central Bank (ECB). While submission to the ECB is required of all EMU states, some have argued that such a move detracts from the state's right to pursue autonomous monetary policy. Indeed, implicit in being an EMU state is that domestic-level actors cannot easily pursue macro-economic stabilization initiatives as they see fit. For example, as was the case during the 1980s for states that belonged to the EMS/ERM (the European Monetary System/ Exchange Rate Mechanism , which was a fixed but adjustable parameter within which European currencies could fluctuate), states could not devalue their currency in order to boost their economies by promoting export-led growth. When the ECB sets long-term interest rates for all the EMU countries, states lose the ability to modify those rates in such

a way as to control inflation. Spain's traditionally high inflation in comparison with the rest of western Europe makes this a special concern for the country. Certainly, based on the attempt to achieve convergence criteria which stressed that inflation rates be reduced, in 1999 inflation was low at 2.3 percent. Although it was expected to decrease to 2.0 percent in 2000, structural problems in the past, such as wage-push inflation that is partly driven by union demands for higher wages, may result in price increases in the next few years. In such a scenario, the country's powerlessness in controlling interest rates may make it difficult to counter the rise.

Between 1995 and 1999 the peseta weakened from 124.69 pesetas to US$1 down to 149.40 pesetas to US$1. Since 1 January 1999 the exchange rate of the peseta is fixed to the euro, which has been decreasing in value since it was launched. This is same for all currencies of the EU (save most especially the British Pound Sterling) that are tied to the euro. Even though the fall in the peseta/Euro may boost the export market to non-euro countries, it will be offset with increase in import prices (of goods from outside EMU states) and inflationary tendencies are thus likely to follow. In such a scenario, pressure to increase long-term interest rates will likely ensue.

There are 4 stock exchanges in the Spanish stock market; the major ones are in Madrid (Bolsa de Madrid, The Madrid Stock Exchange) and Barcelona (Bolsa de Barcelona, The Barcelona Stock Exchange). Major stocks are listed in what is referred to as the Ibex-35, and the most heavily traded recently include Telefónica, Terra, Endesa, and Iberdrola. Due to recent reforms, the Spanish stock markets have become safer and more transparent, and their ways of operating and types of financial assets more varied.