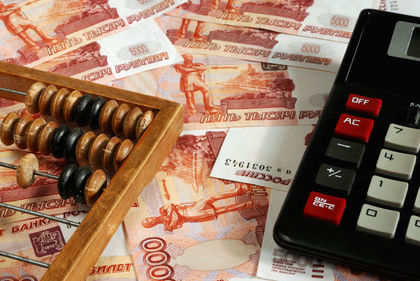 Russia today has a diversified economy, but its most important sector is the sale of raw materials and primary commodities such as oil, timber, and gold. Russia is well-endowed with natural resources and raw materials. Russia ranks among the world's leading producers of petroleum and gas, copper, manganese, bauxite, graphite, uranium, titanium, gold, silver, and platinum. The former Soviet Union was a leading international producer of manufactured items such as chemicals, weapons, and military and aerospace equipment. Much of the industrial base of these manufacturing sectors was located within the Russian Republic itself. However, the disintegration of the USSR led to significant interruptions in commercial relationships.

During its 73 years of existence, the USSR grew to be a great military superpower. Measured in terms of crude output, the USSR created the foundation for massive production possibilities. The USSR became one of the world's largest producers of numerous processed materials and manufactured items, ranging from foodstuffs to nuclear warheads. But efficiency of production—that is the ratio of inputs to outputs for any given product— was not a major objective of the Soviet economic system. Great emphasis was put on outputs. Accordingly, the USSR developed an economic system that was focused almost exclusively on the achievement of production targets. The system proved to be extremely bureaucratic and highly resistant to technological change. The Soviet economic system was not capable of meeting the requirements of the dynamic international markets of the 21st century. Even before the Soviet Union broke up, the Russian government began initiating reforms to move the economy from a centrally-planned to a market-based liberal economy . This process of change has come to be known as the transition to a market economy.

Soon after independence, the Russian government announced a much more ambitious program of political and economic reform. The program included a transformation of the economy from the principles of state planning and administrative direction to market-based economics. Price controls were lifted. Government subsidies were eliminated or reduced. The government budget was organized along new lines so that it could be balanced through bringing tax revenues into line with government spending. A restrictive monetary policy was adopted. Foreign trade was liberalized through the lifting of export and import controls. The Russian currency, the ruble, was allowed to devalue to bring it into line with market rates. Privatization and restructuring of state monopolies was undertaken. Efforts were commenced to establish the legal and regulatory structure for a market environment. New legislation was passed to establish laws and procedures for the banking industry, capital markets, civil and contract law, adjudication of commercial disputes, and the development of a social safety net to cushion the social impact of economic structural transformation.

But the first years of transition proved very difficult for Russia. In its first decade as a market-oriented economy, the Russian economy suffered a contraction of nearly 60 percent over pre-independence levels as measured by GDP. Sharp declines in production in key industries and exports led to a continuously contracting economy between 1990 and 1997 as industrial production went into a "free fall," dropping more than 50 percent during the decade of the 1990s. The Soviet military-industrial complex, suppliers of goods to the state sector, and light industry were the hardest hit by the structural adjustment to a market-oriented economy and the withdrawal from superpower status.

In 1997 the economy began to show the first signs of post-transition recovery, posting a growth rate of slightly less than 1 percent. Despite the "shock therapy" of a rapid transition and the decline in industrial production, increase in poverty and unemployment, and the weakening of the social service infrastructure , Russia was beginning to show signs of an economic turnaround. Inflation , which skyrocketed in 1993 and 1994, finally had been brought under control. The ruble was stabilized. An ambitious privatization program had transferred thousands of enterprises to private ownership. Important market-oriented laws had also been passed, including a commercial code governing business relations and the establishment of an arbitration court for resolving economic disputes.

However, in the summer of 1998, a powerful wave of financial instability that originated in the Asian financial crisis of 1997 swept through the Russian financial community. The Russian economy has undergone tremendous stress as it has moved from a centrally-planned economy toward a free market system . Difficulties in implementing fiscal reforms aimed at raising government revenues and a dependence on short-term borrowing to finance government budget deficits led to a serious financial crisis in 1998. Lower prices for Russia's major export earners (oil and minerals) and a loss of investor confidence due to the Asian financial crisis exacerbated financial problems. The result was a rapid decline in the value of the ruble, flight of foreign investment, delayed payments on government and private debts, a breakdown of commercial transactions through the banking system, and the threat of runaway inflation. In August 1998 the Russian government allowed the ruble to fall precipitously and postponed payment on US$40 billion in treasury bonds. In the wake of the financial crisis, billions of dollars of foreign direct investment were swept out of the country, investor confidence fell, and Russia moved into a sharp economic contraction.

The 1998 financial crisis produced a steep and sudden decline in personal incomes, as GDP per capita in Russia dropped from US$3,056 in 1997 to US$1,867 in 1998. The sharp decline in per capita income and contraction of the financial markets also had some benign effects, however. In some economic sectors, Russian economic performance improved as higher world prices for fuels—world oil prices nearly tripled in 1999—and some metals facilitated improvement in exports. The Russian ruble was devalued in connection with the financial crisis. The devalued ruble rendered Russian-made products relatively cheaper than imports. This contributed to increased purchases of domestically produced goods and services as well as facilitating exports.

In 1999 output increased for only the second time since 1991, by an officially estimated 3.2 percent, regaining much of the ground lost during the 4.6 percent drop of 1998. The 1999 increase was achieved despite a year of potential turmoil that included the ousting of 3 premiers and culminated in the New Year's Eve resignation of President Boris Yeltsin. Of great help was the tripling of international oil prices in the second half of 1999, raising the export surplus to US$29 billion. On the negative side, inflation rose to an average 86 percent in 1999, compared with a 28 percent average in 1998. Average citizens found their real wages fall by roughly 30 percent and their pensions by 45 percent. The new Russian government, under the leadership of Vladimir Putin, gave high priority to supplementing low incomes by paying back wage and pension IOUs. However, many investors, both domestic and international, remained on the sidelines, scared off by Russia's long-standing problems with capital flight , widespread corruption, and newspaper articles on organized crime and the Russian mafia. The international press gave sensational coverage to investigations of money laundering schemes designed to move ill-gotten gains into safe havens out of Russia.

The rebound continued in 2000 as the Russian economy grew briskly throughout the year, far exceeding expectations. Buoyed by the devaluation of the ruble and a sharp increase in average oil export prices over 1999 levels, real GDP surpassed its pre-1998 crisis level, growing by over 8 percent in 2000. Growth in industrial output, which reached 8 percent in 1999, further increased in 2000. The increase in industrial production led to a reduction in the unemployment rate, with recorded unemployment falling to just over 10 percent by the end of 2000.

On the negative side, it must be noted that Russia's economic growth was still largely concentrated in a few sectors. Nor were the benefits of growth widely distributed throughout the society. More than one-third of the population of the Russian Federation continued to live below the poverty line. The social assistance provided by the government was not sufficient and was not successfully targeted to the poor and those most in need. In sum, the general quality of the government's services has deteriorated since 1991. The poor and the most vulnerable were the most directly affected by this deterioration.

The declines in industrial production have taken place simultaneously with a modest but steady growth in the trade and service sectors. These sectors were underdeveloped during the years of the USSR's central planning. The majority of Russian manufacturing enterprises remain uncompetitive if judged by world standards. Output has continued to fall at medium and large Russian enterprises, while many small companies and joint ventures have grown in output and efficiency. Overall, services have grown to account for more than 50 percent of GDP, with manufacturing contributing just slightly less than 40 percent and agriculture accounting for just under 10 percent. Overall trends indicate that the portion of GDP accounted for by services and taxes was increasing while industrial production and manufacturing were decreasing in importance as contributors to GDP. In December 2000, the Russian parliament (the Federal Assembly) passed Russia's first post-Soviet balanced budget.