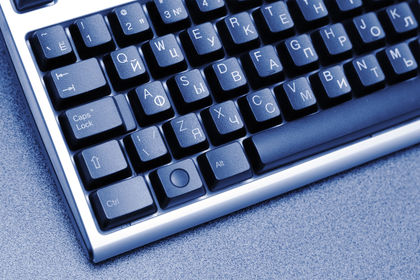 The transportation infrastructure in Russia is underdeveloped. The transport system is heavily Moscow-centered, with virtually all transportation channels of economic significance emanating from Moscow. Commercial transportation relies heavily on rail. Roughly 90 percent of commercial haulage is rail-based and insufficiently integrated into world transport systems. The Russian trucking industry is only minimally developed, and roads are not designed to carry heavy and long-distance truck traffic.

The Russian railway system includes a total of 150,000 kilometers (93,210 miles) of broad gauge rail, making it one of the most extensive railway systems in the world. However, of this total only 87,000 kilometers (54,061 miles) is in "common carrier" service. The remaining 63,000 kilometers (39,148 miles) serve specific industries or are dedicated railways lines and are not available for common carrier use. Following decades of insufficient investment in maintenance and capital improvement, the railway infrastructure has badly deteriorated. About 30 percent of freight cars, 40 percent of passenger cars, and nearly half the locomotives are of such poor quality that they should be replaced immediately.

The Russian highway system includes a total of 948,000 kilometers (589,087 miles) of road including 416,000 kilometers (258,502 miles) that serve specific industries or farms and are not maintained by governmental highway maintenance departments. Of the total road system, only 336,000 kilometers (208,790 miles) are paved. Russia's great territorial expanses and rugged terrain have hindered the development of a nation-wide highway

system. The European parts of the country are much better served than the areas east of the Ural mountains.

The Russian waterways system is an important component of the transportation infrastructure. Total navigable routes in general use by the Russian River Fleet amount to 101,000 kilometers (62,761 miles). Among Russia's most important ports are Arkhangelsk, Kaliningrad, Kazan, Krasnoyarsk, Moscow, Murmansk, Novorossiysk, St. Petersburg, Rostov, Sochi, Vladivostok, Volgograd, and Vyborg. The Russian merchant marine includes some 700 ocean-going vessels, but its fleet is twice as old as the global average.

There are serious capital and operating inefficiencies and poor financial performance in what should be cost-recovery sectors, that is, sectors that should be able to pay their own way through user fees rather than through central government subsidies or direct administration. These include public utilities (called "natural monopolies" in Russia) such as public transportation, water, gas, and electricity, as well as some commercial transportation systems such as river and lake navigation. Transportation tariffs (user fees) have not kept pace with inflation.

Effective wholesale gas and electricity tariffs have been at only around one-tenth of the Western European level for the past decade, with the ratio even worse in distribution to households. The problem has been exacerbated by low rates of cash collection. In the power sector, cash collection rates stood at less than 20 percent in 2000. Due to its financial unattractiveness but also due to the lack of an appropriate legal and regulatory framework to facilitate private sector participation, infrastructure services are generally provided by state and local government-owned entities. Progress in the corporatization (turning utility systems into corporate entities) and commercialization of infrastructure has been poor. There has been some separation of publicly-owned service providers from government, transforming them into legally autonomous corporate entities. However, there continues to be a high degree of government (federal, regional, and local) interference in their management and financial operations.

Russia's telecommunications system is in the midst of the global telecommunications revolution. The country's phone system has undergone significant changes since the breakup of the state phone monopoly in 1990. By 2000, there were over 1,000 companies licensed to offer communication services. During this period access to digital lines has improved, particularly in urban centers. Internet and e-mail services are now widespread and rapidly improving. In a few short years, Russia made significant progress toward building the telecommunications infrastructure necessary for a market economy. Cross-country digital trunk lines run from Saint Petersburg in the northwest to Khabarovsk in the Russian Far East and from Moscow in the country's European center to Novorossiysk in the south. The telephone systems in over 60 regional capitals had installed modern digital infrastructures by 2000. Cellular services, both analog and digital, expanded rapidly in 2000 and 2001. Three undersea fiber-optic cables connect Russia to the international phone system. Digital switches in several cities provide more than 50,000 lines for international calls. Satellite earth stations provide access to Intelsat, Inter-sputnik, Eutelsat, Inmarsat, and Orbita.

So is russias telecommunication system only provided by private companies? No telecom services by the government?
2
Alex

Russia needs to invest money into developing a modern infrastructure system: not only will this fuel economic growth in the form of thousands of jobs created but would help the country's overall development and economic standing.