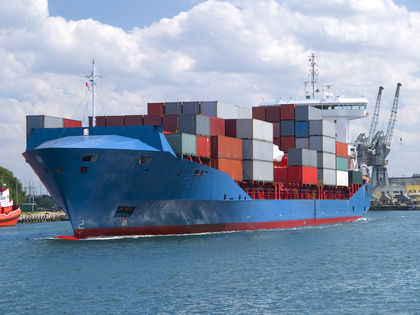 During the last decade of the 20th century, international trade was fully liberalized. The direction of Poland's trade has changed substantially as the result of the breakup of the Soviet bloc of countries. Today, Poland's major trading partners are located mostly in Western Europe and North America and not in the former

Following World War II and the installation of the Soviet Union-controlled regime in Poland, trade flow patterns changed. In 1950, the Soviet Union was the largest importer of Polish goods (28.8 percent) and the largest exporter to Poland (24.3 percent). Czechoslovakia and the German Democratic Republic (East Germany) were the other 2 most important trading partners. By 1990, the trade flow patterns continued to reflect the economic re-orientation of Poland. The 2 main trading partners were East Germany (20.1 percent and 25.1 percent of imports and exports, respectively) and the Soviet Union (19.8 percent and 15.3 percent of imports and exports, respectively).

Poland formed together with Hungary, Slovakia, and the Czech Republic a free trade area in the early 1990s and became a member of the European Free Trade Association (EFTA). However, the main goal has been to gain access to the European Community (EC) market because of its size and the demand structure. Poland's agricultural products had particularly difficult access to EC markets because of the quota system imposed by the EU. An agreement between the 2 parties signed in September 2000 opened the trade in agricultural products and set the pace leading to full liberalization of agricultural trade between Poland and the EU within the next few years. It is expected that Poland will increase exports of milk and dairy products, pork, some fruits and vegetables, potato products, confections, and, perhaps, sugar, while increasing imports of poultry, fresh fruits and vegetables, wine, and processed foods.

Imports are associated with the rapid growth and direct foreign investment. Among some of the main types of goods imported to Poland are machinery and industrial equipment, electronics, cars and car parts, and construction materials. Oil and gas are large import items. Oil is imported from Russia and Middle Eastern countries, while gas is imported from Russia. Poland wants to import gas from Norway, but not until a pipeline link is constructed. In recent years Poland's appetite for imported goods exceeded exports. In 2000, the value of imports stood at US$42.7 billion while the value of exports stood at US$28.4 billion.

awesome! great work! i love how you took all that time to do research! kids and teachers will love your work
2
Paul Mejer

I have (2) Shares of stock from, "The Polish International Trading Company" Dated July 10, 1919 recorded in the office of "Recorder of Deeds of Cook County, Illinois Dated August 5, 1919. These were issued to my Great Uncle who passed these on to my father, who in turn passed them on to me. Both my Father and Great Uncle are deceased. Are these shares worth anything? Your help in this matter will be greatly appreciated...
Thank You,
Paul Mejer
3
Lynn

I also have in my hand 7 shares of stock from The polish International trading Co. dated 1919 If anyone knows how to find out about the stock please respond Thank you
4
Julie

Really helpful and appreciate the great work! The information you've given about the topic is really important and great for the kids and teachers who are studying topics like this... I think this article would help teachers to provide correct information about Poland and this will benifit students to get some practical knowledge about the particular country... Anyways, a really helpful article. Good job!