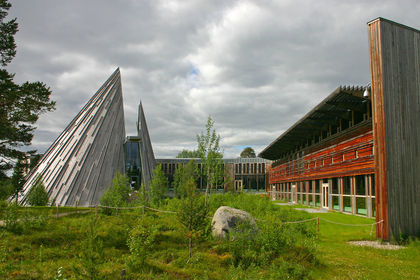 Norway, like its Nordic neighbors Sweden and Denmark, has preserved its traditional political system of a constitutional hereditary monarchy. The parliament (Storting) is elected through a proportional system every 4 years in September (the most recent parliamentary elections occurred in 2001). In recent years, there have been 3 major factions of the 165-seat Storting. First is the Labor Party, historically the largest local party, with a social democratic and internationalist character, supported by the Socialist Left Party (the 2 groups have a total 74 seats). Then there are the 3 centrist parties: the Christian Democrats, the Center Party, and the Liberals (with a total of 42 seats). Finally there are 2 right-wing parties: the Conservative Party and the Progress Party (with a total of 48 seats). The centrist parties—historically associated with particular, often contradictory, group interests and constituencies (such as the remote rural regions)—have acquired greater political clout. But Norwegian parliamentary politics has a strong tradition for consensus and continuity, and minority governments usually seek and strike legislative agreements with several different opposition parties regarding the specific political issues at stake. Because of the conflicting interests their members and supporters represent, center-right parties have generally found cooperation difficult, both in government and in opposition.

The prime minister, the head of government, is selected by the majority in the parliament and is only formally appointed by the king. The prime minister appoints his cabinet, composed of 18 ministers. The most influential ministerial offices are traditionally those for finance, industry, shipping, petroleum and energy, and foreign affairs. The administrative structure of the ministries changes frequently from one administration to the next. The fact that the Labor government of Jens Stoltenberg, the ambitious young prime minister chosen in 2000, does not have a clear parliamentary majority has contributed to its centrist political course along the lines of most previous Norwegian administrations. The son of a well-known political family, Stoltenberg is a former oil and energy minister expected to accelerate the privatization of state-held offshore oil and gas concerns.

In a November 1994 referendum, Norwegians decisively rejected (for the second time) EU membership simply because the net benefit of joining appeared to the majority dubious, considering Norway's petroleum wealth and strong ties with the EU through the EEA. The majority in 1994 was of the opinion that the country had more to lose than to win from a full EU membership that would, in their view, jeopardize the heavy subsidies for the Norwegian fishing industry, agriculture, rural regions, and welfare system. EU membership, however, is attractive for the Labor government in the long term, especially given the depletion of oil and gas fields, and the membership issue may be reviewed after the September 2001 election, particularly if the party stays in power. The population remains dramatically split, as is the Labor party itself, with the national leadership more in favor of joining the EU than the rank-and-file party members and the regional bodies. Norway has already had some negative political experiences arising from not being an EU member. As a member of NATO (a military alliance of several western European countries along with the United States and Canada), it has voiced concerns after the EU's decision taken at the summit in Nice, France, in 2000, to develop the much-debated European rapid reaction force. Norway requested to be consulted on equal terms with the rest of the EU members on the issue, fearing that it might not be properly integrated into the negotiations and troop deployment process and alienated from decision-making regarding the European force.

Norway's economy remains an essentially mixed one, with economic policies and, particularly, income distribution patterns strongly influenced by government intervention. There is still a very significant state ownership component in petroleum, telecommunications, and commercial banking. The state extensively subsidizes agriculture, fishing, some large manufacturing companies, and remote northern and mountainous regions with scarce resources. An extensive government welfare system redistributing incomes through taxes remains at the core of the Norwegian economic model. The government also heavily stresses curbing unemployment and maintaining economic opportunities in remote and undeveloped areas. The private sector dominates in industries such as shipping, services outside the banking sector, and small to medium-scale manufacturing facilities. In 1999, the contribution of the private sector in GDP was one of the lowest in western Europe, at just 48.5 percent, compared to an average of 56.6 percent. There is indeed some political discussion about the future reduction of public sector ownership, and a government privatization program has been set up.

The most significant privatization deals in Norway by 2000 were probably the sale of 21 percent of the stock of the state-owned Telenor telecommunications firm, the sale of 91 percent of the equity of the state-controlled Christiania Bank (Kreditkassen) to Swedish-Finnish banking operation MeritaNordbanken, and the planned partial privatization of the government-owned oil giant Statoil. The Labor Party's plan involves the privatization of about one-third of Statoil, about 10 percent via the stock markets and about 20 percent through alliances with foreign companies, most likely with large western European utilities like Ruhrgas of Germany or Gaz de France. Norway may also offer foreign investors over half of the State Direct Financial Interest fields contributing for some 40 percent of the offshore petroleum production in the country. In 1999, Statoil was roughly estimated to be worth about 120 billion Norwegian kroner but it may be more highly valued in the future if international oil prices remain higher than the level they were at in 1999. Norsk Hydro, the second large oil company in which the government also has a controlling share, is reckoned to be worth considerably less than Statoil. The government, however, seems determined to keep the most profitable oil fields under its control.

Although a social welfare economy, Norway's tax rates are generally lower than the EU average. Companies and their branches are subject to both income and capital tax. Income tax of 28 percent applies to all forms of income of the corporate bodies and all other entities liable to taxation. The value-added tax (VAT) was increased to a 24 percent rate as of 1 January 2001, and an 11 percent dividend tax for shareholders may be introduced in 2002 to support generous domestic welfare spending. Norway has no foreign debt and is a major net external creditor.

Quite an informative article, for which I congratulate the authors. Would you have any suggestions of how to apply that mixed type of economy in other nations, say Bulgaria? How do norwegian politicians avoid the large corruption potential that such lucrative industries create? Finally I'd like to know how the social welfare system works exactly?
Thank you in advance,
Yours sincerely,
Philip Shavov.
2
isaiah lamb

Thank you for this, it is very informative and very much appreciate, and great and such, I look forward to passing this along, and thanks so much
4
Astrid

I think Stoltenberg should look at countries like Australia before he starts privatization of the oil and gas states owned concerns. I feel really sorry for the Norwegians if that happens. They have had it too good for too long, I suppose, before some uninformed politician make such big decision. Hope common sense prevails.
Norwegian living in Australia
5
Tylandy

The article is informative and provides the reader with a good level of understanding of the situation in Norway... at the turn of the century.
8
Ole Johnsen

Hi, Does anyone know this. Who bought huge forest areas in Norway???