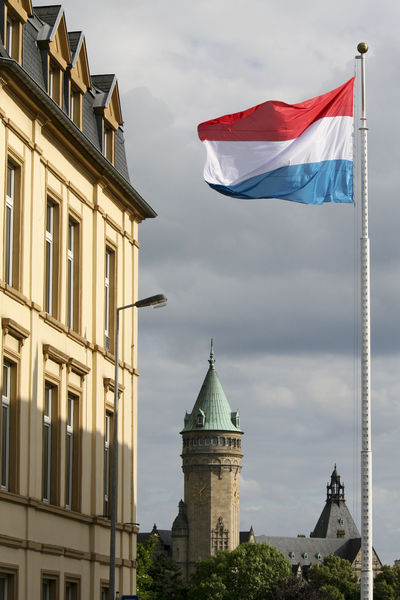 Immigration has been encouraged because of the need for workers. As much as 35 percent of the population is foreign, which gives the nation a higher proportion of foreigners than any other European country. The government has implemented different programs to integrate foreign residents into society. For instance, foreigners with resident status have the right to vote and run for office in municipal elections and may be employed in public sector jobs. Given the aging population, the need for workers continues. About 14 percent of Luxembourgers are over the age of 65, while 19 percent are 14 or younger. Average life expectancy is 73.8 years for males and 80.6 years for women. Besides guest workers , Luxembourg has also opened its borders to refugees. In 1998, there were 4,548 refugees in the nation, making up just over 1 percent of the population. Many of these refugees came from the former Yugoslavia. As the conflicts in the Balkans subside and refugees return home, population growth is expected to stabilize. However, the continuing need for workers will bring a corresponding growth in the population, which is expected to reach 700,000 by 2025.

Most Luxembourgers are descended from Celtic stock, with German and French influences. The largest minority group is the Portuguese, who account for 13 percent of the population. There are also significant numbers of Italians and other southern Europeans. Most people live in the southwest, and two-thirds of the population are urban. During the 20th century there was increasing migration from the countryside to urban areas. The population of the capital is 76,440, while 24,255 live in the

second largest city, Esch-Alzette. To maintain the declining rural population, the government has relocated some industries to the countryside. The Luxembourg language is an amalgamation of German and French, with French also used for official purposes and German— which is commonly spoken—as the language of the press. English is also widely used.

With a superb communications infrastructure providing a strong platform for new information technologies, Luxembourg is a major communications center. The company, Europe-Online, was an early Internet service in Europe. The company offers multimedia services to consumers throughout Europe. The government has adopted new regulations, including rules for online shopping, to protect consumers who do business on the Internet.

With support from the government, the communications company, SES, operates ASTRA satellites. The first satellite, launched in 1991, provided television programming for 32 million homes in Europe. The launch of 8 subsequent satellites expanded the coverage to over 74 million homes, bringing a corresponding expansion of television broadcasts. The satellites also transmit 39 different radio programs. By 1999, the ASTRA satellites had captured 83.4 percent of Europe's satellite and cable market. Profits from SES exceed 4 billion francs annually.

The government began several investment incentives to promote the audiovisual sector, leading to rapid expansion in the field, which now employs 750 people in production companies. However, the real growth in this sector has been the commercial broadcasting company, CLT. From 1989 to 1994, the revenue of CLT tripled to 82 billion francs per year, and revenues have continued to increase by over 20 percent per year. The CLT group owns 12 television channels and 12 radio stations, and employs 3,089 people. A 1999 merger between CLT and the German media giant, Bertelsmann, created Europe's largest television and radio group, CLT-UFA. The combined company has also created an alliance with the Walt Disney Corporation.

There are 5,300 trade and retail sales enterprises in Luxembourg, employing 31,000 people. Retail businesses have taken advantage of the Grand Duchy's lower tax rate to attract buyers from neighboring countries. There are 2 major chain stores, Cactus and Match, and 60 other supermarkets.

Luxembourg has 2,350 hotels and restaurants, employing 11,000 people. Hotels declined by 70 in the 1990s, but total room numbers increased by 328 as hotel chains have built larger units. About 2 million tourists visit Luxembourg annually. But about half of these stay at campsites around the nation. The largest number of visitors come from the Netherlands, followed by Belgium, Germany, France, and the United Kingdom.

Luxembourg has no territories or colonies.

Permanent Mission of the Grand Duchy of Luxembourg to the United Nations. <http://www.un.int/luxembourg> . Accessed September 2001.

Luxembourg franc (LUF). One franc equals 100 centimes. There are coins of 25 and 50 centimes and 1, 5, 10, and 20 francs. There are notes of 50 and 100 francs. Belgian currency is also legal tender in Luxembourg, and bills of 500, 1,000, and 5,000 Belgian francs also circulate. On 1 January 1999 the European Union began using the euro for non-currency financial transactions, and euro-denominated coins and notes will replace the franc as the currency in 2002.

while i was stationed in france with the us air force, i visited luxembourg many times. i trully enjoyed my time there. i believe i would have made my home there after being separated for the us military but, i had too many commitments back home. however, if i ever get the chance to go back there i certainly will. love the country and the people. jr