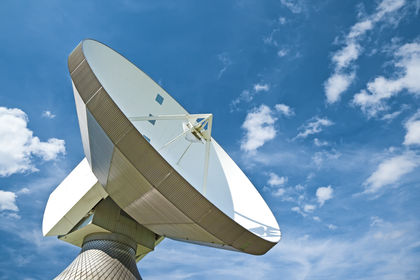 Germany has one of the world's most developed transportation and communication infrastructures. Intensive investment since reunification in 1990 has brought the undeveloped eastern Germany in line with that of western Germany. Transport and communications utilities in Germany have been liberalized following EU requirements. A dense and efficient network of motorways, railways, and waterways connects the country with major

centers and the world. In 2000 the total length of paved highways was 650,891 kilometers (404,444 miles), including 11,400 kilometers (7,083 miles) of express-ways. More than 45 million motor vehicles were on the road, causing high road usage and frequent traffic jams, but the lack of speed limits on highways helped alleviate traffic problems. However, many Germans preferred to use the extensive public transport system, or bicycles, instead of motor vehicles. In 1998 the total length of railroads was 40,826 kilometers (25,368 miles) including at least 14,253 kilometers (8,856 miles) of electrified and 14,768 kilometers (9,176 miles) of double-or multiple-tracked railroads. The national railroad carrier, Deutsche Bahn AG (DBAG), was privatized in 1994 but still required government subsidies.

Germany's flagship air carrier, Lufthansa, is among the world leaders in the airline industry. According to EU requirements, Lufthansa is majority owned by EU governments, while the German government has relinquished its holding in it, and the state of Bavaria has reduced its stake in the company. Since the liberalization of air transportation in the European Union in 1997, Lufthansa has fought to retain its dominant position on Germany's internal routes. In 1998 a total of 127 million passengers were carried by commercial air services in Germany. There are 320 airports, including 14 with runways over 3,047 meters (1.89 miles), with 673,300 aircraft departures registered in 1998. The busiest airport, in terms of aircraft movements, passenger departures, and freight traffic is the Rhein-Main airport outside Frankfurt am Main. Munich is the second busiest in terms of passenger traffic and Cologne-Bonn is the second busiest in terms of freight traffic. The other major passenger airports are Berlin-Tegel, Dusseldorf, and Hamburg. The federal government and cities such as Berlin and Cologne are preparing to sell their shares in major airports.

Marine transport is also developed, with major ports on the Baltic Sea, including Kiel, Rostock, and Luebeck, and on the North Sea, including Emden, Hamburg, Bremen, and Bremerhaven. Major rivers ports are at Duisburg, Cologne, Bonn, Mannheim, and Karlsruhe on the Rhine; Magdeburg and Dresden on the Elbe; and Kiel on the Kiel Canal which provides an important connection between the Baltic and North Sea. The most important port for Germany, however, is Rotterdam in the Netherlands. Hamburg is by far the largest port city in Germany, accounting for about 33 percent of all the freight. In 1998 the merchant fleet totaled 8.01 million gross registered tons, and freight traffic shipped through German ports that year totaled 210 million tons. Historically, industrial centers have grown closer to ports due to the supply of cheaper raw materials and coal. In recent decades, refinery and chemical industries have gravitated towards the 1,550 miles-long network of oil pipelines. Fuel transport by pipeline in Germany rose from 74.1 million tons in 1990 to 90.7 million tons in 1998.

The country imports most of its energy sources, including almost all of its oil. In the 1970s and 1980s it worked to reduce its dependence on imported oil by developing nuclear power and encouraging energy efficiency. In the 1990s, environmental considerations, including global warming, became a serious concern, and in 2000 a program of gradual withdrawal from nuclear power was agreed on by the SPD-Green government and electricity producers. In early 2001, a shipment of nuclear waste from France to Germany sparked massive environmental protests in the country, causing many injuries and hundreds of arrests. A total of 19 nuclear plants accounted for about 40 percent of Germany's electricity consumption in 2000. In 1998 the country produced 525.356 billion kilowatt hours of electricity and fossil fuel (coal-lignite, coal-anthracite, and natural gas) accounted for the largest portion while hydroelectricity contributed only 3.2 percent. Like all other industrialized economies, Germany has become increasingly cautious about energy consumption.

Prior to 1997 the electric sector was divided into 9 regional monopolies , with exclusive rights over transmission facilities within their areas. At the local level, there were hundreds of municipally controlled power distributors. City and state governments had direct financial interests in the electric sector through concession agreements and in many cases ownership of local and regional distribution organizations. Between the regional monopolies and the local distributors were about 70 middle-level distributors of electricity. Although electricity prices in Germany used to be among the highest in the European Union, they fell dramatically after the Electricity Supply Law entered into force in 1997. This law implemented the EU power market liberalization directive and went beyond its requirements to create a thorough electric market liberalization in western Germany. By 1999 electricity tariffs for large users fell by up to 30 percent. The local and regional monopolies were broken by permitting third-party access for both commercial and residential customers. In addition, national utilities were allowed to buy from competing power producers, and electricity purchasing pools were created. The industry has undergone deep and rapid restructuring as large regional power generators have merged and sought the integration of production and distribution by purchasing some of 900 local power distributors. The federal government participates, often as a minority shareholder, in local energy utilities and is represented on the boards of supervisory authorities.

Germany is among the world's leaders in telecommunications, served by a modern telephone system and 46.5 million main lines connected by fiber-optic cable, coaxial cable, microwave radio relay, and a domestic satellite system. The state-owned giant, Deutsche Telekom (DT), one of the leaders of the European and global telecommunications sector, became a joint-stock company in 1989, but it was not until January 1998 that it ended its monopoly in fixed lines under EU law. DT was also partially privatized: 28 percent of the company was sold in the financial markets in 1996, 25 percent was sold in 2000, and the remaining shares owned by the German government were scheduled for future sale. Liberalization brought a variety of new service providers with varying prices for services. In the first year after liberalization, DT lost 30 percent of its peak-time long-distance-call business and introduced price cuts of 60 percent in January 1999. Competition from the nearly 200 new telecommunications companies and about 1,300 companies in non-licensed sectors has fueled arguments over network access charges and rates. Growth in the areas of multimedia, mobile communications, and the Internet has also been spectacular. Germany is one of the fastest growing markets for mobile phone equipment, and Germans owned 15.318 million mobile phones in 1999. The government is considering further investments into the area because it still compares poorly with the United States by the ratio of personal computers and Internet hosts per 1,000 people.

You really found a way to make this whole process esiaer.