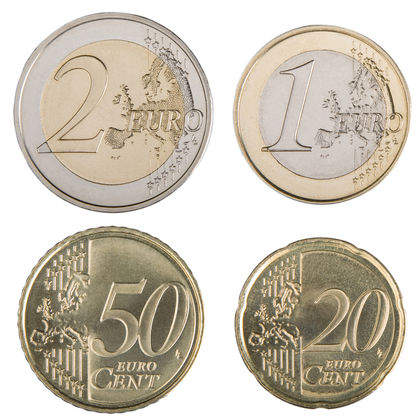 The French franc is one of the reserve currencies of the world. However, its influence is nowhere close to that of the United States dollar. In 1999 France, together with certain other countries, agreed to phase out its domestic currency in favor of a common currency in Europe, which will work like the U.S. dollar among U.S. states. The euro was launched at a value slightly above the U.S. dollar,

but by 2001 it had lost much of its value. The European Central Bank, with the help of the United States Federal Reserve and the Bank of Japan, undertook a salvage operation aimed at curbing further decline of the euro. The weaker euro made French products, along with other goods produced in the region that uses the euro (also known as the "Euro Zone"), cheaper with respect to the rest of the world. The sale of high-tech goods produced by U.S. firms, such as Intel and Boeing, has suffered during the process, which partly led to the U.S. central bank's participation in the joint effort to save the euro.

Not all EU member countries have opted to be part of the single monetary bloc. Great Britain's reluctance to join was a major blow to efforts to unite the monetary affairs of Europe. Though 10 countries initially joined, the Euro Zone now includes 12 countries (Austria, Belgium, Germany, Spain, Finland, France, Greece, Ireland, Italy, Luxembourg, Holland, and Portugal).

The euro is not yet a hard currency . However, it is used throughout the participating EU countries in non-currency financial transactions. Prices are quoted in both the domestic currency, such as franc, and the euro. Domestic currencies coexist with the euro in a fixed exchange rate regime. For example, 1 euro equals 6.56 French francs. However, the domestic currencies and the euro use market forces to determine their values on the world market in a flexible exchange rate regime (synonymous with a floating exchange rate ). The transformation to the single currency will start in July 2001 when the banks begin issuing checks in the euros. A single currency is expected to ease the movement of labor and capital in Europe and generate a common market encompassing 20 percent of the world's trade.

arm of the Bank, similar to Federal Open Market Committee (FOMC) of the United States. The governor of the Bank and Minister of Economic Affairs and Finance cooperate in making policy decisions. However, with the common currency, a new monetary governing body will be introduced, the European System of Central Banks (ESCB), which includes the European Central Bank and the national central banks of each country.

I have some old france money and would like to kno what its value is.
3
Khushi Gandhi

Thanks for the information, it will really help me in my this project, that is the ISA project.
4
Khushi panchal

Thanks for the great information about the France currency.this will help me for my ISA project