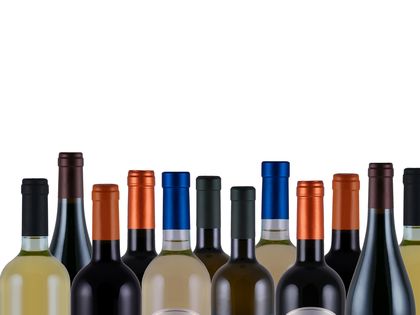 France, with its developed economy, is one of the most active participants in world trade. After World War II, the French government saw that closer ties to Ger many would bring it political security and greater economic strength. Thus, the European Coal and Steel Community was formed, which brought the 2 countries and other European nations into a consultative body to discuss the production of steel and coal. The EU, which France was instrumental in creating, has helped it to diminish government intervention in economic affairs by privatizing several industries. In 1992, the Treaty of Maastricht was signed, which was the watershed event in bringing Europe into political and economic union. On a practical level, the lower trade barriers and fewer restrictions that integration has brought have opened doors to French products to be sold in many European countries and has allowed a wider freedom of movement of capital in Europe, all of which has benefitted France. The downside is that France, sharing common trade and tariff policies with the rest of the EU countries, has discussed the erection of trade barriers against non-EU companies and products. France will follow EU policy as a

whole whenever the EU erects trade barriers to foreign goods and firms. The EU has made it clear that it will erect such barriers in cases involving health, safety, and environmental issues, for instance.

France's share of exports to the world's top ten economies was 9.3 percent in 1997, 9.8 percent in 1998, and 9.4 percent in 1999, putting it in fourth place behind the United States, Germany, and Japan. France is also the fourth largest exporter to the world, with over 5 percent of the world export market. France is the world's second largest exporter of agricultural products as well as services, including tourism and financial transactions. In the durable goods market, France ranks fourth in the world exports. The biggest trade partners of France are members of the EU, with which France enjoyed an overall trade surplus of 79 billion francs in 1999. The only EU countries with which France has a trade deficit are Germany and Italy. It also had a trade surplus with the Organization for Economic Co-operation and Development countries (OECD, a group of countries which promotes free markets and contributes to the development of members' economies through cooperation) of 66 billion francs in 1999. Its deficit with some Asian countries and Russia can be attributed to the economic crises experienced in these regions, which led to lower demand for French products.

Of over 2 million companies located in France, less than 5 percent take part in activities directly related to export, according to the Department of Foreign Trade of France. While mostly French-owned, some of these companies are multinational corporations . Companies such as IBM, Michelin, Hewlett Packard, and Daimler Benz are among France's top 20 exporters, with the top 3 exporters being PSA, Renault, and Airbus Industrie. The top 20 companies export mainly vehicles and such items as tires, aircraft, electricity, office products, plastic goods, industrial equipment, food items, computer products, pharmaceuticals, and chemical goods.

The 4 top exporters account for 10 percent of French exports, which is more than what the 100,000 next smaller companies bring into the country. The top 10 exporters contribute 15 percent of exports, while the first 100 make up 35 percent of it. Since some of these companies are active in more than 1 production area and usually operate under different names using subsidiaries, the real contribution of the largest 10 companies probably amounts to half of France's total exports. Hence, even though they may not appear in the list of large exporters, some conglomerates, such as Alcatel-Alsthom, are among the largest exporters.

The contribution of smaller-scale enterprises to the French export picture has been on the rise since 1990. Almost half of total exported goods and services were produced by companies having somewhere between 10 to 499 employees. These types of companies are called Small-to-Medium Enterprises (SMEs). Firms hiring fewer than 10 people are called Very Small Enterprises (VSEs). Foreigners control about 27 percent of SMEs in France and about 33 percent of VSEs. SMEs concentrate in agricultural products such as agro-foodstuffs and consumption goods such as wood and leather.

Oil tops the list of French imports. In 1997, petroleum products made up 4.64 percent of all imports. Natural gas is also a major import. Various auto parts, some from French companies located abroad, are also high in the shopping list of France.

Foreign investment in France has steadily increased since 1990. Direct foreign investment in France, in the form of expansion or start-ups, created over 31,000 new jobs in 1999, up 8 percent from its level in 1998. This trend was most likely due to France's skilled labor force combined with the government's efforts to make France attractive to foreign investors. Some 29 percent of all foreign investment-related jobs created in 1999 were due to hiring in U.S. and Canadian firms. This was followed by German investors. The information technologies and communications fields created 15 percent of new jobs. A similar pattern was observed in consultant and service sectors, including call centers and logistics, accounting for 13 percent of the jobs. France is the world's fourth largest receiver of international investments.

Realizing the importance of operating in the country where the market is, French companies have extended their presence abroad. French companies have established a sizable presence in other countries which amounted to 239.7 billion francs in 1998. France is a net exporter of direct capital investments to the rest of the world. The balance of export and import of direct capital investment almost doubled in 1997 from its 1996 value and did not change much in 1998, standing at 74.4 billion francs. This rate was due largely to the increased volume of foreign direct capital investment in France, overall, a remarkable change from the 1990 deficit of 112.3 billion francs. Emerging economies is another reason why French capital opted to take advantage of new markets abroad. But despite new investment in the developing world, two-thirds of French capital in 1998 was invested in the EU and the United States.

I'm doing a project and this site really helped me and my partners. One of my partners is being so annoying.
2
Inna

Thank you for this valuable information. It has helped me a lot!