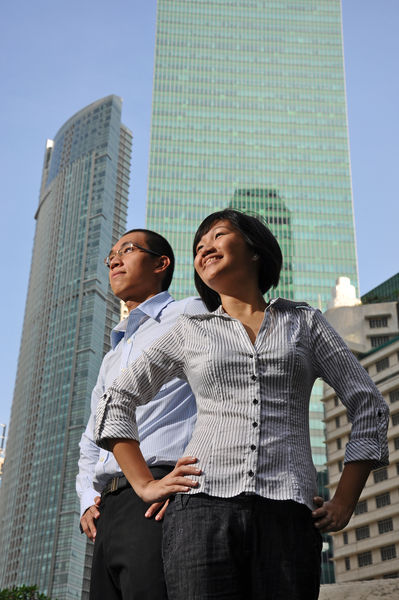 A well-trained labor force is the backbone of a developing economy, and Taiwan's economic growth over the past 50 years has been bolstered by a diversified and skilled workforce of about 9.7 million people. Approximately 6.6 million of these are employees, while the rest are either self-employed or have some other working status. The unemployment rate in 2000 was at a very low 3 percent.

Taiwan protects the rights of workers by law, while other important labor issues such as workers' welfare, gender equality, labor-management relations, safety and health, and appropriate quotas for foreign workers, are also clarified by legislation.

The Labor Insurance Act, which was passed into law in 1958, mandates the provision of insurance coverage to employees in the private sector , including industrial workers, journalists, fishermen, persons receiving vocational training in institutes registered with the government, union members, and those working in non-profit organizations. Teachers and employees working in government agencies who are not eligible for teachers' or civil servants' insurance are also covered under this law.

One of the most important labor laws in Taiwan is the 1984 Labor Standards Law. It supplies the basic legal definitions of worker, employer, wages, and contract, and outlines the rights and obligations of workers and employers. The law prescribes the minimum requirements for labor contracts, and makes provisions for working hours, work leave, and the employment of women and children. Furthermore, the law offers protections against unreasonable work hours and forced labor, and grants workers the right to receive compensation for occupational injuries and layoffs, as well as a retirement pension.

On the initiative of the Employment and Vocational Training Administration of the Council of Labor Affairs (EVTA), the Employment Promotion Measures law was formulated in 1985. This law aims to assist target groups such as women, people aged 45 and above, the disabled, aborigines (people from local indigenous groups), low-income households, and dispossessed workers to find decent employment. Under this program, the government assists women by promoting job equality between the sexes, providing women with vocational training, and surveying the demand for part-time and freelance opportunities to enlarge the employment market for women. The government also provides daycare centers for pre-school children, after-school classes for elementary students, and day care for the elderly to relieve the pressure on women to stay at home.

In 1991 the Labor Safety and Health Law was amended to include many new requirements for the installation of safety and health equipment in work places such as dockyards and fireworks factories. The law covers almost all major industries in the industrial, agricultural, commercial, and service sectors, and specifically prohibits women and employees under the age of 16 from working in dangerous or harmful environments.

Passed into law on 8 May 1992, the Employment Services Act is a comprehensive law that seeks to ensure equal job opportunities and access to employment services for all. Specifically, the act calls for a balance of manpower supply and demand, efficient use of human resources, and the establishment of an employment information network. Further, the act requires the central government to encourage management, labor unions, and workers to negotiate reductions in working hours, wage adjustments, and in-service training to avoid layoffs, and for government to protect workers' rights during times of economic slowdown. The Employment Services Act also regulates public and private employment service agencies.

The Labor Inspection Law replaces the old Factory Law. It empowers the Council of Labor Affairs and local governments to inspect conditions in the workplace to ensure the safety and health of workers. The scope of inspections carried out under the law covers health and safety, labor insurance, employee welfare funds, and the hiring of foreign workers. Employment at potentially dangerous sites requires approval from labor inspectors before employees can begin work on the project. Labor laws ensure the rights of workers to organize unions for the protection of their collective interests.

Under the revised Collective Agreement Law, labor unions are designated as the sole labor representative in the signing of collective agreements. Such agreements promote labor-management cooperation and cover working conditions such as wages, work hours, layoffs, pensions, compensation for occupational injuries, and the handling of labor complaints and disputes.

In Taiwan, women have been traditionally considered inferior to men and are expected to stay at home and submit to the decisions of fathers or husbands. However, new attitudes have slowly developed with the lobbying of women's groups for equal opportunities, and as Taiwan's society has become exposed to modern ideas. Over the last decade, society's expectations of women have changed as more women complete higher education, compete with men in the workplace, become financially independent, and postpone marriage to pursue a career. On average, first-time brides were 28.1 years old in 1998 compared to 25.8 in 1990. Almost half of Taiwan's women are regular wage earners and help support their families financially.

As in any country with a bustling economy, Taiwan cannot depend on its domestic labor force because the demand for workers exceeds available supply. In the high-tech industries, Taiwan produces 20,000 new workers annually, but 30,000 workers are needed. A sample survey of 302 Taiwan-based high-tech industries conducted by the Taipei Computer Association revealed that 80 percent of companies experience difficulty in finding suitable employees, particularly software specialists. Situations such as these call for the hiring of foreign workers to meet the labor shortage and, in August 2000, there were 316,078 foreigners working in Taiwan. Most of these workers come from Thailand, followed by the Philippines and Indonesia.

Aside from the large demand for labor, foreign workers are attracted to Taiwan by the range of job opportunities. The Taiwanese are now reluctant to take low-paying jobs or work in fields that demand heavy physical labor, and the agricultural sector is suffering shortages. An aging population and a low birth rate add to the problem. More workers are retiring than are entering the workforce, and the influx of foreigners is growing. The presence of a foreign workforce has created a degree of tension in Taiwan. Locals have expressed apprehension that their indigenous culture might be destroyed by foreign influences and, in practical terms, there is a possibility that wages will decrease because foreign workers are willing to accept less pay than the Taiwanese.

In July 2000, the unemployment rate of Taiwanese workers increased to 3.06 percent (300,000 workers) from 2.9 percent for the years 1999 and 1998. The main cause of unemployment is the layoffs in traditional manufacturing businesses, which are re-structuring or downsizing (cutting down the number of employees). The availability of sophisticated technology that can do the work of 2 or more people is one reason for downsizing, especially since the government is encouraging industries to shift from labor-intensive operations to high-tech manufacturing and services.

i am nepali.i don't have job in my country.so i want to go to taiwan. how can we proses visa for taiwan.