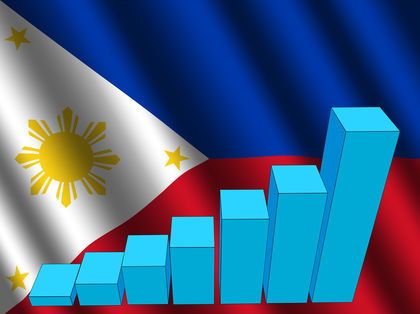 In the Philippines, the 3 largest economic sectors are industry, service, and agriculture, in terms of contribution to GDP. In past years, the service sector has exhibited continuous growth. Agriculture, although still substantial, continues to decline. Estimates from 1997 reveal that agriculture contributed 20 percent to GDP, industry contributed 32 percent, and services dominated the economy with 48 percent of GDP.

In 1999 the rate of growth of the GDP stood at 3.2 percent. Economists blamed the sluggish growth on the lackluster performance of the industry sector, which grew by 0.5 percent. With the end of the dry spell brought

about by El Niño weather conditions, the agriculture sector's performance rebounded and grew 6.6 percent, the highest rate in decades. Services grew by 3.9 percent that year because of the strong performance in retail .

Maximum economic growth for 1999 and 2000 was slowed by successive political crises in the Estrada administration that caused foreign and international lending agencies to lose confidence. In 2000 GDP posted a 3.9 percent positive growth rate, with industry growing 4 times faster than it did in 1999. Services continued its strong performance, with a 4.4 percent increase over its 1999 figures.

The philippines is the very much economic country and there are having three eeconomic sectors which are service, agriculture and industry...
2
Syra Mae Delos Santos

What about main inventory for export n import... which country is most preferred country for the same