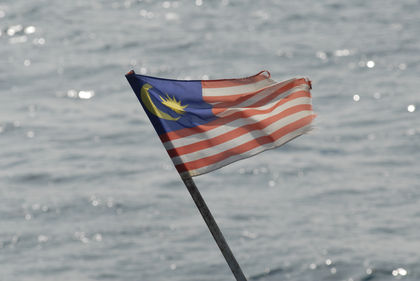 Malaysia is a federal constitutional monarchy with a parliamentary democracy largely influenced by the British parliamentary system. The country consists of 13 states and 2 federal territories. The heads of 9 of the states are hereditary rulers, and the heads of the remaining 4 states are governors appointed by the sovereign, on the advice of the federal parliament. One of the unique features of the political system in Malaysia is that the sovereign (Paramount Ruler or Yang di-Pertuan Agang in Malay) is elected every 5 years by and from the 9 hereditary rulers of 9 states of Peninsular Malaysia. The sovereign is the supreme head of Malaysia and supreme commander of the armed forces, but his power significantly diminished in the 1990s due to the constitutional changes initiated by the parliament; at present he plays a visible but mostly ceremonial role in the political process in the country. The prime minister, who has considerable executive power, must be a member of the 192-seat House of Representatives, and he chooses the cabinet with approval from the sovereign.

There are a number of political organizations in Malaysia. Most prominent of them are the Barisan Nasional (National Front); the governing coalition of 14 parties that forms the United Malays National Organization (UMNO); the Malaysian Chinese Association (MCA); and the Malaysian Indian Congress (MIC). Of the opposition parties, the most influential is the Barisan Alter-natif (Alternative Front), which brings together the Parti Islam sa-Malaysia (Islamic Party of Malaysia), the Democratic Action Party, and some others. The governing coalition of the UMNO, MCA, and MIC was formed on the eve of independence, on a platform of achieving independence by peaceful means. It was transformed into the National Front after bloody inter-communal riots between Malays and Chinese in 1969. The Malayan Communist Party (MCP), which had gained much of its influence through its leading role in the resistance to Japanese occupation during World War II, ran a militant campaign for independence that did not get mass support and led to the Malayan Emergency (1948-1960), a period of social and political unrest. The MCP was banned and has never played an active political role in independent Malaysia.

Since Malaysia achieved independence, preservation of the balance between the main ethnic groups, political stability, and equal access to the national wealth were the major issues that shaped political debate and fueled conflict in the state. The coalition between the 3 main political parties and later the National Front, which represent the biggest ethnic communities in Malaysia, came to power on a platform of national consolidation and state paternalism (where the state makes decisions in social and economic affairs that in other countries would have been left to individuals and the market). This coalition was able to overcome deep divisions in Malaysian society and implement a successful policy of economic reforms, and it has remained in power ever since. In economic areas, the government has taken a very active role in the development and industrialization of the national economy. This has included significant investment in the state sector, a close alliance between government and private businesses, and the gradual privatization of state enterprises under a major privatization program launched in 1986.

In response to growing discontent between ethnic communities and the resultant rising social polarization, in 1970 the Malaysian government introduced a 20-year program called the New Economic Policy (NEP). The program was intended to encourage rapid economic growth in all sectors of the national economy, promote private entrepreneurship—especially among representatives of poor communities—and support small and medium-sized businesses. It was also intended to attract foreign investments, especially in modern technologies, by offering cheap and well-trained labor. At the same time, however, the government made major efforts to redistribute wealth. The NEP recognized the need for radical social changes and aimed to improve living conditions, economic power, and access to education and social benefits for Malays and indigenous people. These groups, who were called Bumiputera (sons of the soil), received privileged access to public services, were granted land rights and preferences in education and training, and benefited from job quotas in the public sector . This program was successful, and Malaysia achieved impressive economic growth, especially during the late 1970s, and throughout the 1980s. Between 1979 and 1989, the average annual GDP growth rate was around 5.2 percent, with manufacturing growing at an annual average of 8.2 percent and exports of goods and services at an annual average of 9.3 percent. In 1990, the NEP was replaced by the National Development Policy (NDP), which continued to promote economic growth, but relaxed some of the social requirements and privileges institutionalized under the NEP. Between 1989 and 1999, the average annual growth of GDP was around 7.6 percent, with manufacturing growing at an even more impressive 10.2 percent.

However, in 1997 Malaysia was affected heavily by the Asian financial crisis that started with the currency collapse in neighboring Thailand. Unlike Indonesia and Thailand, Malaysia became the only country in Southeast Asia to reject the International Monetary Fund's package of conditions and financial assistance, blaming international speculators for creating the crisis. The government, led by Prime Minister Dr. Mahathir bin Muhammad, opted for direct state intervention, imposing temporary restrictions on the currency exchange market and introducing various other measures, while his deputy called for further liberalization and economic restructuring . Against the recommendations of the International Monetary Fund (IMF), the Malaysian government temporarily established tough capital-control measures to contain capital outflow . The Malaysian currency, the Malaysian ringgit, was pegged to the U.S. dollar at a fixed rate of RM3.8 per U.S. dollar (according to the IMF, out of 16 larger emerging market economies, only China and Malaysia have fixed pegs). Although the IMF initially criticized the Malaysian government's imposition of capital control and other restrictive measures, it later recognized their effectiveness.

Allegedly, disagreement over the handling of the crisis led to the dismissal of Anwar Ibrahim, finance minister and deputy prime minister, who was also expelled from the UMNO, effectively ending his career. In 1998, Anwar was arrested on charges of corruption and homosexual activity and allegedly beaten while in custody. The trial consolidated Anwar's supporters and sparked protests across Malaysia in 1998 and 1999. Nevertheless, he was convicted on controversial charges of obstruction of justice. This trial undermined Mahathir's popularity at home and his standing internationally. The irregularities during the trial and police actions against demonstrations were condemned by human rights activists around the world.

The major proportion of government revenue comes from taxes, totaling 76 percent of revenue in 1999 (46 percent from direct taxes and 30 percent from indirect taxes ). In 1999, the income tax rate was 28 percent for both resident and non-resident companies; however, companies resident in Malaysia have tax exemption on income brought in from abroad. The Malaysian government has introduced a number of initiatives for manufacturing activities, tourism, the agricultural sector, transportation, and communication.

Thanks a lot for this vital information you have given.