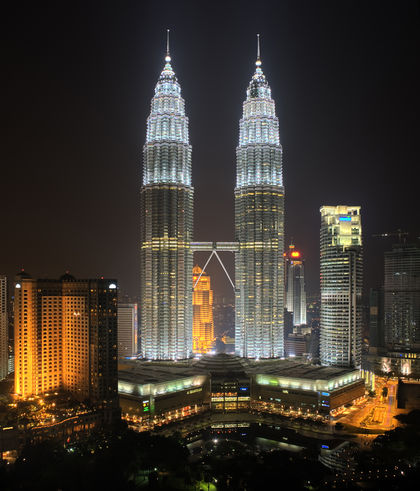 Malaysia's economy has benefited from several factors, including a stable political environment, an effective bureaucracy, flexible economic policies, export-oriented industrialization, and inflow of foreign direct investments (FDIs). This has brought prosperity and a high level of confidence to the majority of the population. The country has a healthy, rapidly growing economy, although its government has often been criticized for state intervention into economic development and the imposition of capital and currency exchange controls in 1998. However, subsequent events have shown that these were temporary measures, and the government is considering re-liberalization of its economy. Inflation remains low and is under control. Malaysian currency exchange is still tightly regulated and pegged to the U.S. dollar; with the economic recovery, the Malaysian ring-git might be floated again within the next few years. In 1999 and 2000, Malaysia achieved strong economic recovery and, if economic growth at an annual rate of 7.4 percent continues, within the next 20-30 years Malaysia may join the international club of developed nations. In 1998, as if to announce that it had arrived on the world stage, Kuala Lumpur saw the completion of the stunning Petronas Towers, the world's tallest skyscraper complex.

Nevertheless, there are several issues to be addressed. Malaysia's government has developed close relations with its private businesses. These "special relations" with some business groups have allegedly led to the emergence of political cronies with unlimited access to public resources. The experience of neighboring Indonesia shows that this is a dangerous trend that could negatively affect economic development in the future. In 1998-99, Malaysia was widely criticized for establishing increasingly tough political control of the country, and for some harsh measures against the opposition. It remains to be seen whether these measures have in the long term strengthened political stability or undermined it. The political succession of the current leadership will also be a problem. In neighboring Indonesia and Thailand, changes in the political leadership have led to destabilization of the political environment.

In the longer term, Malaysia will need to maintain its international competitiveness, since there is growing competition from other emerging markets for FDIs and for the transfer of modern technologies. Although political and social unrest in neighboring Indonesia and the Philippines has no direct effect on Malaysia, it threatens social stability by causing influxes of refugees and by undermining regional stability. Environmental issues are also important for Malaysia in the longer term as deforestation and global climate change may undermine the country's agriculture, which still plays an important role in the national economy. The recent forest fires in the Indonesian part of Borneo affected not only East Malaysia, but Peninsular Malaysia as well, by injecting hazardous air pollution. This sort of thing, if repeated, may undermine tourism, another important sector of the Malaysian economy. The forecast global economic slowdown may also negatively effect the export-oriented Malaysian economy.

hi
i need information about malaysian women partisipation in economic activity.
please send for me.
thank you