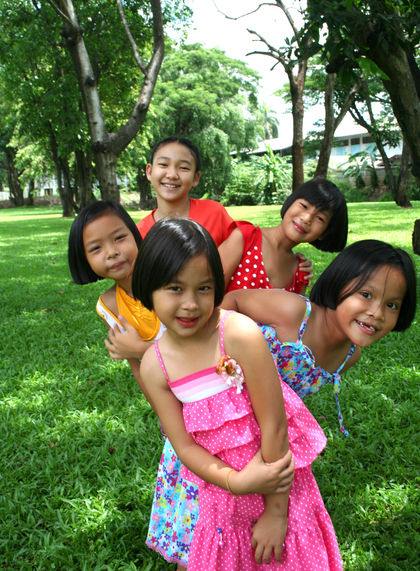 Since the end of World War II, Japan has developed a highly efficient infrastructure capable of meeting the essential needs of its population in various services. This capability ensures the availability of safe water, sanitation, and health services to all citizens in urban and rural areas alike.

Japanese must take part in a public or a semi-public heath insurance plan, there are few private insurance plans. Depending on the case, the insurance programs cover 70 to 80 percent of the cost services, while the insured covers the rest. The health-care system has contributed to Japan's achievement of the world's highest life expectancy, which was 80 years in 1998.

Japan also has one of the world's highest literacy rates, 99 percent. The Japanese government provides free public schooling for 6 years of primary school and 3 years of junior-high school. In 2000, about 95.9 percent of eligible students attended 3-year senior-high schools, a huge increase from 1960 when only 57.7 percent of the students did so. In 1999, almost 90 percent of the Japanese population completed high school. The quality of the schooling up to grade 12 is very high. The schooling system has been given credit for training an educated and highly disciplined workforce. In 1998, about 45 percent of the population between the ages of 18 and 22 participated in post-secondary education.

Japan is an affluent society where extreme poverty does not exist, although extreme wealth does. High wages and salaries guarantee high living standards, reflected in the high percentage of ownership of electronic devices and home appliances, for instance. In 1999, a color TV, washing machine, vacuum cleaner, and re-

frigerator were found in 98 percent of Japan's households. The standard of living has fallen somewhat due to rising unemployment and reductions in wages, salaries, and bonuses in the 1990s. Heavy government spending on Japan's social safety net, including its unemployment and welfare benefits, prevents extreme poverty. Such spending accounted for $141 billion in 1999, equal to 8.4 percent of GDP.

I've heard from friend, the salary of a janitor in Japan amounts to 4,000 dollars? and the companies or the management don't let an employed janitor to feel that they are just cleaners. They are treated with dignity and respect.. Isn't it amazing? That is one of the secret why Japan is rich.
2
Joseph Mitchener

Thanks for this. But I was looking for a graph of how Japan's Wealth is distributed. ie, What percent of the nation's wealth is held by the richest percentile, by the 50th percentile, etc. Is such data available. PS. Sure wish the USA had as equitable a distribution of income as does Japan.