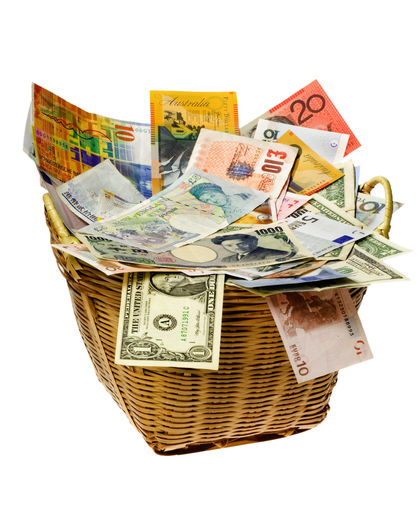 Japan has amassed large trade surpluses since the early 1980s because of 2 factors. Its diversified manufacturing sector has produced high-quality products such as electronics and cars, which are much in demand in many international markets. Also, the post-war Japanese economy was largely closed to foreign competition through restrictive regulations and high tariffs aimed at protecting domestic industries. Under heavy pressure of its trading partners and competitors such as the United States, Japan began to open its economy to foreign competition late in the 1980s. That resulted in a higher rate of imports, which lowered trade surpluses until early in the 1990s. The economic decline following the bubble economy era significantly reduced demands for imports, resulting in the return of large trade surpluses in the 1990s, which reached $144.2 billion in 1994 before falling to $131.8 billion in 1995 and $83.6 billion in 1996. By 1998, with the economic slowdown, the trade surplus had risen to $122.4 billion, but it declined again to $95 billion in 2000.

The return of large trade surpluses in the 1990s has restarted trade disputes between Japan and its main trading partners, including the United States and the European Union (EU). Two major trading partners of Japan— the United States and the EU—have negotiated with Japan since the 1980s to remove barriers preventing their extensive access to the Japanese market. These negotiations have resulted in relaxed regulations on the imports of foreign consumer goods, like foodstuffs, by Japan, but

they have failed to remove barriers in many other areas. Nevertheless, the Japanese government's economic deregulation policy has made the Japanese market more open to foreign imports, especially in the field of consumer goods.

Japan's major trading partners are the Asian Pacific countries, the United States, the EU, and the Persian Gulf countries. The United States is Japan's largest single trading partner. In 1999, it accounted for 30.7 percent of Japan's exports, an increase from its share of 27.3 percent in 1995, and 21.7 percent of its imports, a decrease from its 1995 share of 22.4 percent. As a group of countries, the Asian Pacific countries (South Korea, Taiwan, Hong Kong, China, Singapore, Thailand, and Malaysia) form the largest collective trading partner of Japan. In 1999, they accounted for 37.2 percent of its exports, a decrease from their 1995 share of 43.2 percent, and 39.6 percent of its imports, an increase from their 1995 share of 36 percent. The Asian financial crisis of the 1990s resulted in a decline in Japan's exports to these countries. The slowdown in the Japanese economy was the main factor in lowering the share of imports from the United States and the EU. The EU (especially Germany and the United Kingdom) is Japan's third largest trading partner, accounting for a 17.8 percent share of Japan's exports and 13.8 percent of its imports in 1999, compared to its 1995 shares of 15.9 percent and 14.5 percent, respectively. As the main oil suppliers to Japan, the United Arab Emirates and Saudi Arabia accounted for 5.5 percent of Japan's imports in 1999, a small decrease from their share of 5.9 percent in 1995. Japan's economic slowdown of the 1990s reduced its fuel requirements and therefore lowered its imports.

to what extent does government intervention affect the affect the level of imports and exports in Japan?
2
william smitherson III

this helped me alot with my history paper... i will definately use it again.
3
Vinod

This saved me from my homework of international trade subject.Thank u so much
5
rachel ann gano

japan is really in good in electronic devise specially cars. They have a authentic and excellent product which can impove their economy.